The Cuckoo: the uninvited guest 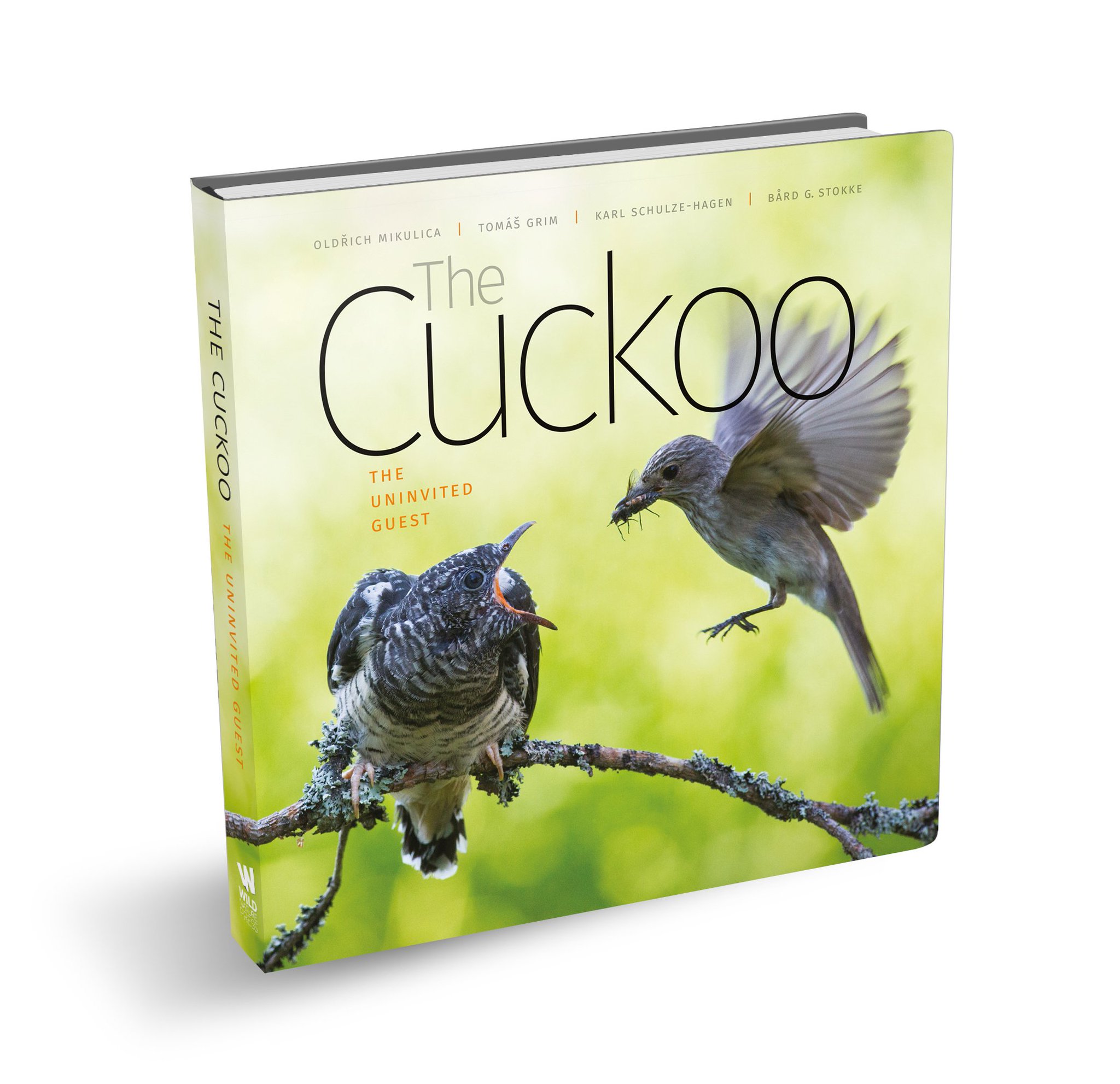 By OldÅich Mikulica, TomÃ¡Å¡ Grim, Karl Schulze-Hagen and BÃ¥rd G. Stokke Wild Nature Press, 2017 Hbk, 159pp; many colour photographs ISBN 978-0-9955673-0-6, Â£24.99 Advances in digital photography and printing technology are continually raising the bar when it comes to wildlife books based on photographs. This new volume is an excellent example, presenting a simply stunning collection of images of the Common Cuckoo Cuculus canorus and its many hosts. The technology may be improving but there are still no shortcuts when it comes to capturing fleeting moments of rarely seen behaviour of this highly secretive bird. The majority of the photographs were taken at a single site (the LuÅ¾ice fishponds in the Czech Republic) by OldÅich Mikulica, and they represent the result of a lifetimeâs knowledge and passion for this species. He is justifiably credited as the lead author. Pictures from a few other areas are included to ensure coverage of as wide a range of Cuckoo hosts as possible. The images are paired with a lively, engaging and informative text, comprising 15 short chapters and many expanded photograph captions. The style is informal and relaxed but retains an authoritative feel, reflecting the experience and knowledge of the authors. There are very few clues that English is not their first language. The main focus of the book is on breeding behaviour, and the complex evolutionary arms race that continues to play out between this parasite and its many hosts. All aspects are well covered, including first arrival on the breeding grounds, host selection, searching for nests, egg-laying and the rearing of the over-sized young by its foster parents. There is a fascinating chapter covering the innovative research methods developed to learn more about this bird. Another looks at the different strategies employed by other species of brood parasite; interesting variations on a theme to compare with the main subject. (If you thought Common Cuckoos were capable of treating their step-siblings badly, then spare a thought for the hapless chicks hatching next to a Greater Honeyguide Indicator indicator.) The book ends on a rather poignant note when considering recent declines of the Cuckoo in parts of Europe, something that readers in most parts of the UK will be all too well aware of. Although the photograph captions are generally excellent, there were times when I felt that a little more detail would have been useful. There are, for example, many pictures showing food items being delivered to young Cuckoos but despite the detail revealed in the images we are not told what the species are, or given no more than âdragonflyâ or âhairy caterpillarâ. Readers with entomological pretensions will no doubt have fun trying to work out as many as possible. I would also have liked more details of location for those images away from the main site at LuÅ¾ice. And while I sympathise with the decision not to clutter the text with references, it would have been useful to have a more comprehensive list of further reading at the end of the book. Even some of the key studies mentioned in the text are not included. Yet it seems churlish to find fault with such an impressive piece of work. This book is a real delight: it sets a new standard for books of its type and it is hard to imagine any readers of BB not enjoying it as well as learning a great deal from it. Ian Carter
Volume:
Issue 3
Display Image: