Fingers in the Sparkle Jar: lessons in life and death 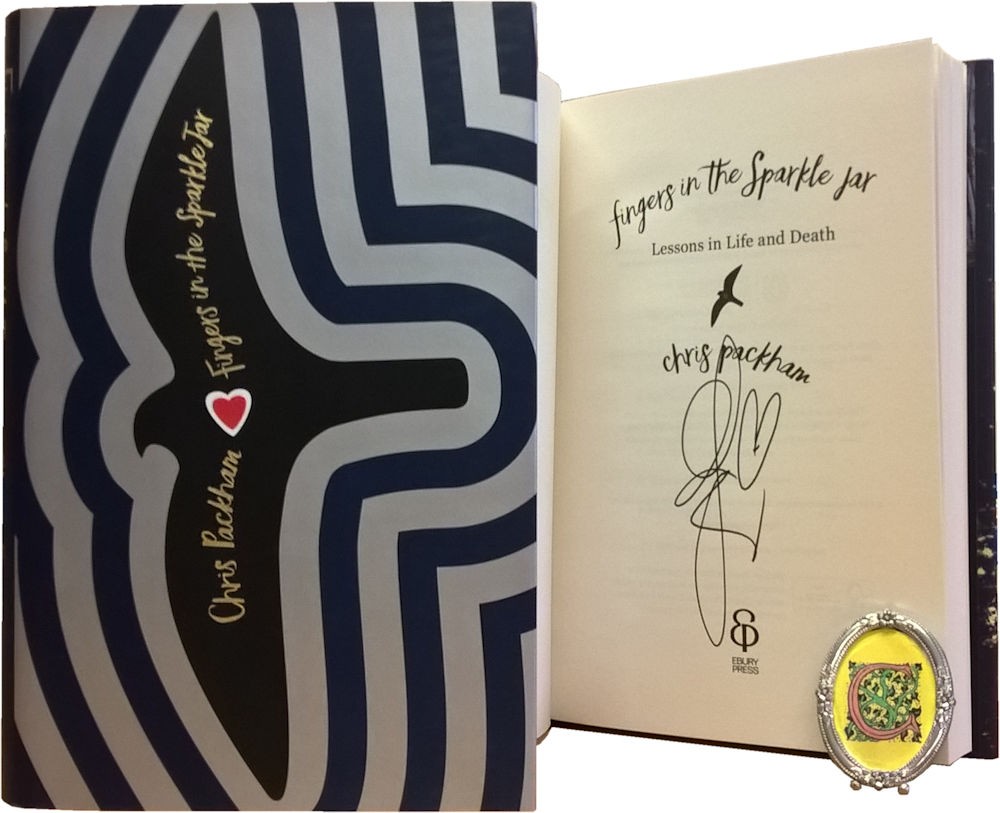 By Chris Packham Ebury Press, 2016; hbk, 282pp ISBN 978-1-78503-348-3, Â£20.00 I came to this book as an infrequent reader of memoirs and perhaps with no great enthusiasm, encouraged to take it on because of the intriguing title and the overwhelmingly favourable reviews already penned. The first few pages were something of a struggle as I tried to come to terms with the constantly shifting viewpoints. The story is told through an initially bewildering combination of local characters from Chris Packhamâs childhood, a neutral third person and (most powerfully of all) through his own voice. (It begins with the words of an ice-cream seller and ends with dialogue from a therapy session to give just some idea of the variety.) Add to that the frequent leaps back and forth in time and it takes a while to adapt and settle into the structure and rhythm of the book. Once there, however, the prose takes on a strangely gripping, almost magical, quality, quite unlike anything I have read previously. I finished it in a few sessions, frequently reeling from the impact of one event but eager to move quickly on to the next. The book is full of detail and subtle, yet pertinent, observations, repeatedly focusing in on individual âset-pieceâ experiences and describing each of them at length. For some, the significance is immediately obvious, as with the episodes of bullying at school and the fate of the sparkle jar itself. Others seem more mundane at first â the day-to-day happenings that may appear insignificant but help to define a childhood and, as becomes clear, shape the adult life ahead. Later in the book many of these events centre around a young Common Kestrel Falco tinnunculus taken from a nest in the local countryside. The power of the book comes from a combination of its brutal honesty and the vividness, depth and intensity of the descriptions. There is an apparent contradiction here in that such intricate rememberings must be at least partly imagined in their reconstruction, being so long after they actually took place. They are informed and influenced by the adult as well as reporting on the experiences of the child. But they are not rose-tinted and there is no shrinking away from the less palatable aspects or rewriting history in order to present things in a more favourable light. Death is a recurring theme and I was struck especially by the contrasts here. There is apparent indifference towards the local House Sparrows Passer domesticus but an all-pervasive and literally overpowing love for his Kestrel. The sparrows are baited with breadcrumbs and despatched with ruthless efficiency by air-rifle in a desperate attempt to provide food for the Kestrel and restore its failing health. In another section, he is taught how to set snares by a local gamekeeper. Agreeing to check them one morning in the keeperâs absence leads to the shattering experience of trying to save a Fox Vulpes vulpes caught up in one of them, as described in a startlingly raw, almost overwhelming, piece of writing. This is not a cosy book and certainly not a typical memoir. Despite a recent resurgence in natural history writing, it is hard to find equivalents in other books, either for the structure or in the style of the writing. Whilst it may not be to everyoneâs taste, it has clearly had a major impact on many of the people who have read it. I would say give it a try and if the first few pages leave you unsure, keep reading. Ian Carter
Volume:
Issue 1