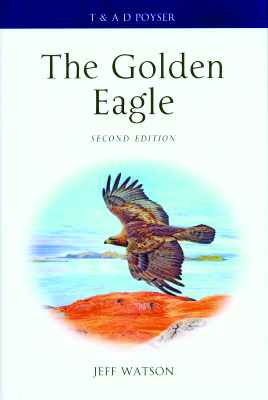 Poyser, A&C Black, 2010; hbk, 448pp, colour photographs and line-drawings; ISBN 978-1-4081-1420-9;Â  Subbuteo code M15101; £50.00 Coming 13 years after the first edition, this is a very welcome update of what we know about this popular and well-studied species. The book is organised in much the same way as its predecessor, with the same sequence of chapter headings, and maintains the sensible balance of being accessible to a wide audience yet containing sufficient detail to appeal to more academically minded readers. Thankfully, there is a welcome return to the traditional Poyser format, following the larger-format first edition, with its wasteful wide, blank margins. The new book has a far better feel to it and slots nicely into place on the shelf alongside the ranks of other titles in the series. If there is one disadvantage to the smaller format, it is that Keith Brockie's excellent illustrations have less space in which to shine, something that is all the more noticeable given the lower standard of reproduction compared with the first edition. There is a stunning new front-cover painting, again by Brockie, and a new section of high-quality colour photographs. As might be anticipated for one of the world's most intensively studied raptors, much has been learnt in the intervening 13 years. New technology such as satellite tracking has helped to improve our understanding of dispersal patterns and provided valuable information about how birds utilise their home ranges throughout the year. Worrying new threats have become apparent, including that from climate change, a term not to be found in the first edition. A trend towards wetter springs is highlighted as a potential problem for birds in western Scotland since this could cause a decline in productivity through impacts on the prey base and reduced hunting opportunities. In contrast, and highlighting the adaptability of the Golden Eagle, birds in mid-western areas of the USA may suffer from an increased frequency of droughts in future. Although the potential threat from wind turbines was mentioned back in 1997, much more is now known about this threat and this is well covered in the new book. Jeff Watson helped to pioneer a new approach to Golden Eagle conservation in Scotland though the development of a formal conservation framework for the species. This uses targets for various elements such as abundance, distribution and productivity in order to assess whether populations have the potential to remain stable or increase. His frustration that this is achieved in just four out of 16 regions is evident in the text. And it comes as no surprise that regions dominated by intensive management to maintain grouse stocks for shooting fall well short of favourable status. The conclusion that continued illegal persecution in these areas is 'selfish, dangerous and deeply objectionable to society' will find wide agreement and, hopefully, provide a spur for renewed attempts to rectify the situation. As many readers will know, Jeff Watson died in 2007, before he could complete this book. The volume was finished thanks to a small team of friends, colleagues and family members who incorporated all of Jeff's suggested amendments and added some new material based on the most recent research available. The overall result is perhaps one of the finest of all the Poyser monographs. It is a fitting, and lasting, tribute to an individual who spent so much of his life trying to understand this bird and worked so hard to apply that knowledge to its conservation. Ian Carter Buy this book from theÂ British BirdsÂ bookshop which is run byÂ Subbuteo Natural History Books

This means thatÂ 5% of all sales generated byÂ British BirdsÂ subscribers, whether it is books reviewed in the journal, featured on its book page or listed on the Subbuteo website, will be paid toÂ British BirdsÂ - and will directly support the production of the journal. To browse the British BirdsÂ bookshop, please clickÂ here
Volume:
Issue 1
Display Image: