The Jewel Hunter, by Chris Gooddie 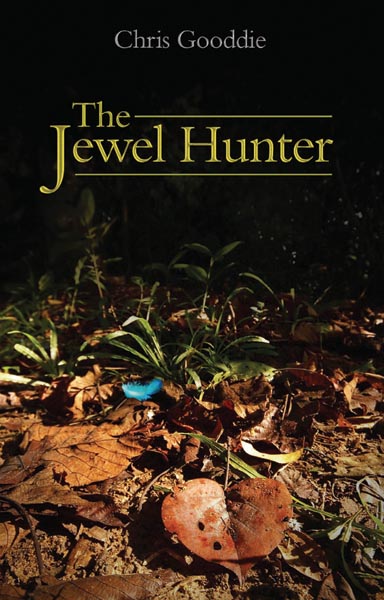 WILDGuides, 2010; pbk, 320pp, many colour photographs; ISBN 978-1-903657-16-4Â  Subbuteo code M20756 £17.99 An intrepid British birder, he gave up his job and set off on a global quest to see more species than anyone else had ever managed in a calendar year. Sounds familiar? Well, yes and no. This was not The Biggest Twitch (Brit. Birds 103: 681-682). In fact, Chris Gooddie only wanted to see 32 species, so arguably this was The Smallest Twitch. But those 32 species are some of the most elusive, and most beautiful, birds in the world: the pittas Pittidae. Only two other birders have seen all the world's pittas, and neither of them had done so in a single year, but that's what Chris set out to do. In February 2009, in Thailand, the pittaquest was launched... Pittas are thrush-sized passerines that bounce around in the darkest recesses of the dwindling forests of Asia, Africa and Australasia. They are real gems: strikingly coloured and hard to obtain. Hence their alternative name of 'jewel-thrushes'. The Jewel Hunter is the account of Chris Gooddie's search for these gems, and it's a gripping yarn. In his quest he stepped well off the beaten track. Indeed, to borrow Chris's writing style, he stepped right off the track, slid down the slope into the gully below, then crawled on his belly across the leech-infested forest floor to grab the beauties by the scruff of their beautifully patterned napes. That was meant to be a fanciful analogy but essentially it's an accurate representation of what Chris did on every single mission. Very few pittas give themselves up easily and going 'off trail' is often the only way to see them. The same recesses favoured by pittas are also home to some of the planet's most venomous snakes... as Chris's frame-filling photo of Wagler's Pit Viper Tropidolaemus wagleri in Sulawesi confirms! Many birders have sought pittas in Thailand or Malaysia but very few will have visited New Britain, the Solomons and the islands of the Sula Sea. Apart from the two African species (legendary skulkers) and the two Australian species (legendary show-offs), pittas are concentrated in Asia. Borneo, Vietnam, the Philippines and scattered Indonesian islands are the key destinations for the dedicated pitta hunter. What is the appeal of pittas? Chris describes them as 'so maddening and yet so alluring'. This is his attempt to describe his pitta obsession after he 'connected' with an Eared Pitta Pitta phayrei in Thailand: 'They provide the ultimate hunt; they are variously wily, elusive, cryptic, sneaky, crepuscular, shy and unpredictable. Their habits are mercurial, mysterious and contrary.' A bit of a challenge then. In that context, the target of 'only' 32 species looks a lot more daunting. And Chris was not restricting his search to the 32. Aware that Banded Pitta P. guajana is arguably better regarded as three species, Chris made sure of his 'insurance' ticks as he travelled across Malaysia and Indonesia. Various Red-bellied P. erythrogaster and Hooded Pitta P. sordida subspecies were also notched up en route to ensure that the retrospective year list would reflect the vagaries of taxonomic fashion in years to come. So, did Chris achieve his goal? I won't spoil the story's ending: it's a rollercoaster ride - and a great read. And there are pictures to go with the words: Chris managed to take some very good photos of these fiendishly unco-operative birds. The Green-breasted Pitta P. reichenowi in Uganda is a stunner. The tale is told with humour but with thoughtful interludes. On landing the Ugandan pitta, Chris reflected: 'Perhaps this is how a hunter feels as he stares down at the limp body of his prey, stilled at his feet. There can only be one first time - and there would never be another first time for Green-breasted Pitta.' Thought-provoking for all listers. And there was one intriguing sub-plot to the Year of the Pitta. Would Chris's long-suffering girlfriend still be there when he finally returned home? Well, a romantic trip to Sri Lanka (Indian Pitta P. brachyura coupled with a marriage proposal) secured their relationship and now he's back home saving up for his next venture. Here's a thought: there are 50+ species of Antpitta (Grallariidae) in South America... and they're really hard to see! Buy this book and savour how a truly committed birder can live the dream. To learn much more about pittas, visit Chris Gooddie's website www.pittasworld.com Adrian Pitches Buy this book from theÂ British BirdsÂ bookshop which is run byÂ Subbuteo Natural History Books