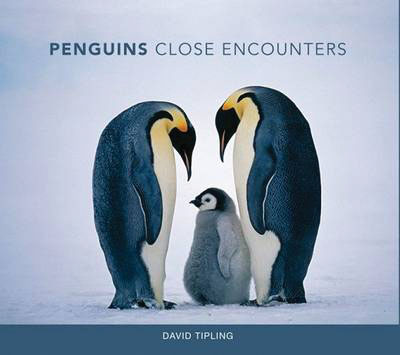 New Holland, 2013; hbk, 160pp; 130 colour photos ISBN: 978-1-7800-9247-8, Subbuteo code M21782, £19.99 I have known David for a number of years, in fact since he was one of the crop of young photographers taking pictures of rarities whenever and whenever they turned up. Many have disappeared from the scene since those days in the 1980s, but not David. He has adjusted well to modern bird photography having an excellent grasp of the technology and also finding a commercial niche for his superb work. These strengths come out well in this book, which illustrates the extraordinary lives of a group of birds which must endure the greatest hardship just to stay alive. The book deals with all aspects of penguin life including movements, courtship, family life, survival and their relationship with humans. David also describes the challenges that he had to deal with just to get close to penguins. Hours of dedication have resulted in a selection of photographs which as well as being breathtaking are a valuable contribution to ornithology. At first glance you might regard this volume as merely another coffee-table book. It is much more than that and the section towards the back dealing with all species of penguins is extremely useful. Penguins endear themselves to us all and David's passion for these birds emerges in the book. Derek Moore Buy this book from theÂ British BirdsÂ bookshop which is run byÂ Subbuteo Natural History Books This means thatÂ 5% of all sales generated byÂ British BirdsÂ subscribers, whether it is books reviewed in the journal, featured on its book page or listed on the Subbuteo website, will be paid toÂ British BirdsÂ - and will directly support the production of the journal.
Volume:
Issue 8