The power of the book

The Kuwait Environment Protection Society, the BirdLife International affiliate for Kuwait, has just published Birds of Kuwait in Arabic. This is the fourth Arabic field guide in this series promoted by BirdLife, previous ones being to the Middle East, Iraq and Syria. Guides for other Arab countries are in the pipeline. For the story behind these - and other Arabic guides - Â Richard Porter expands on 'the power of the book'. When I was eight years old, my next-door neighbour in London, Miss Walcott, gave me a book: Birds' Alphabet, a mixture of strange poems and even stranger illustrations! Sixty years later I still have that book and can recite from it, almost word-for-word. It inspired me to start watching birds. A simple book with a simple message. We all have our own examples of such a story and for most birdwatchers in Britain it will surely be the wonderful Observers Book of British Birds - or maybe I Spy Birds? Yes, Big Chief I Spy had his role to play. I've never forgotten the power of a book to capture the imagination and so when I became actively involved in conservation education in the Middle East, the promotion of bird books - in Arabic, of course - seemed to be a natural progression. The first, written with Rod Martins (but translated by others!) was Birds of Yemen. Sponsored by BirdLife International, OSME (the Ornithological Society of the Middle East), various embassies and oil companies, it covered 100 species - a blend of the common, familiar, endemic and globally threatened. Delightfully illustrated in colour by Mike Langman, it was aimed at children, supported by the Ministry of Education and widely distributed to schools. Ten years later, this time teaming up with Tony Miller of the Royal Botanic Garden, Edinburgh, we produced an Arabic (and English) Birds and Plants of Socotra - another simple guide, again aimed at children. Because of its popularity, a reprint was soon required. 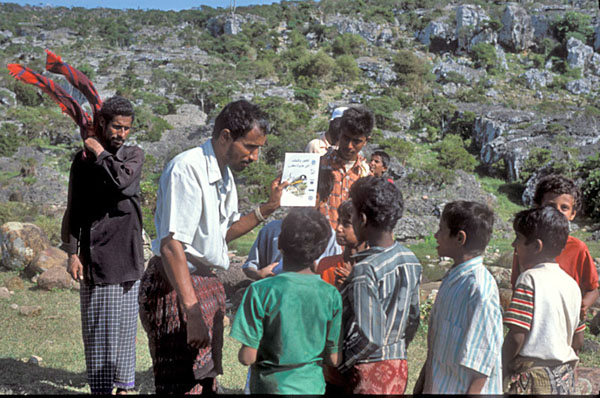 Learning about wildlife - on Socotra
Dipping my toe into the Arabic literary waters made me realise just how popular 'wildlife material' was in a developing country, so when Birds of the Middle East was published in English I asked colleagues at RSPB to help fund a translation into Arabic. However, publishing this Arabic edition turned out to be problematic, not just in terms of layout (everything being read from back to front) but in finding a suitable publisher - and funding. The Society for the Protection of Nature in Lebanon rose to the challenge and once again OSME came up trumps with sponsorship, as did the World Land Trust, the Dutch Embassy in Beirut, European Life Fund and others. 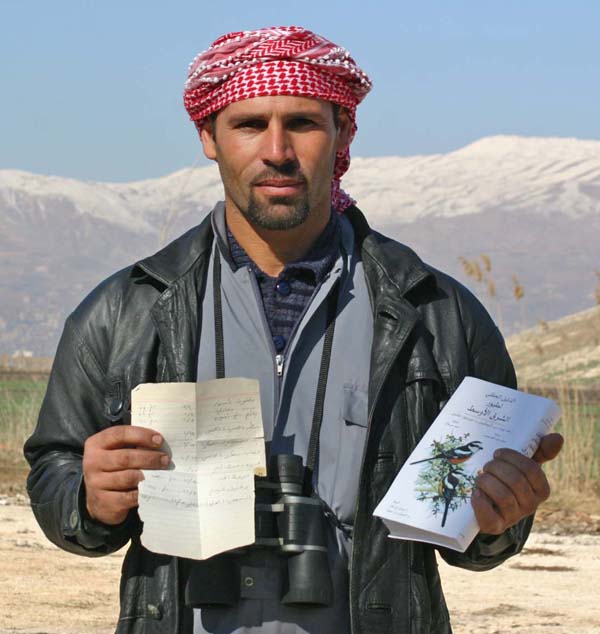 Arabic field guide
Now we had a blueprint, the next step was to produce country editions for Arabic speakers, and this is where Kathy MacKinnon and Tony Whitten stepped in with advice, encouragement and sponsorship. At the World Bank they became very excited about promoting local language field guides and were able to fund more than 110 titles around the world to be translated into local languages - most through trust funds including the Bank Netherlands Partnership Fund and MacArthur Foundation. We took advantage and, spear-headed by the lead ornithologists of the country, the first ever Arabic country field guide was hatched: Birds of Iraq. And, soon after, Birds of Syria. The wonderful thing was that the English publisher - Bloomsbury - and the artists were happy to waive any royalties in hope the books would kindle and inspire an appreciation of wildlife More recently the Arabic Birds of Kuwait has appeared and field guides for Qatar, UAE and Saudi Arabia are in the pipeline. The new Yemen Minister for the Environment has now asked for an Arabic Birds and Mammals of Yemen! Even in unsettled times in the Middle East, these countries want their own wildlife books, in their own language. And a delightful spin-off has been Arabic bird books for children for Iraq and Jordan - aimed at five-year olds! 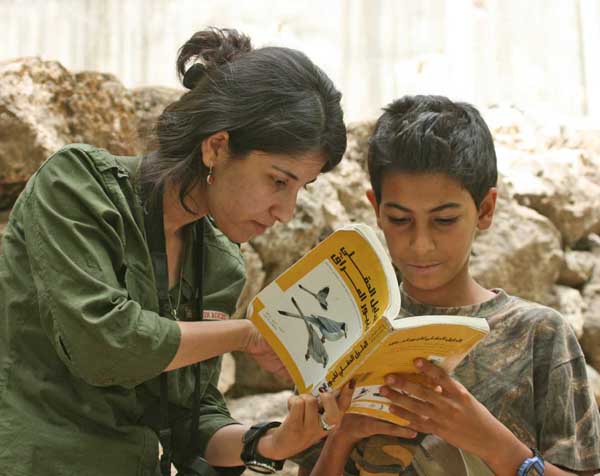 Iraq's first bird book
Field guides on birds are only one cog in the conservation journey, enabling us to identify, quantify - and appreciate - the wonders of our natural world. For my generation these guides are books, but for the children of tomorrow it will probably be an app! But, leaving that aside, wouldn't a wonderful next step be to see Arabs, who are such spell-binding storytellers, take up their pens, or their iPads, and tell their own stories about their wildlife. I'd love to read the conservation equivalent of Arabian Nights. Richard Porter Â 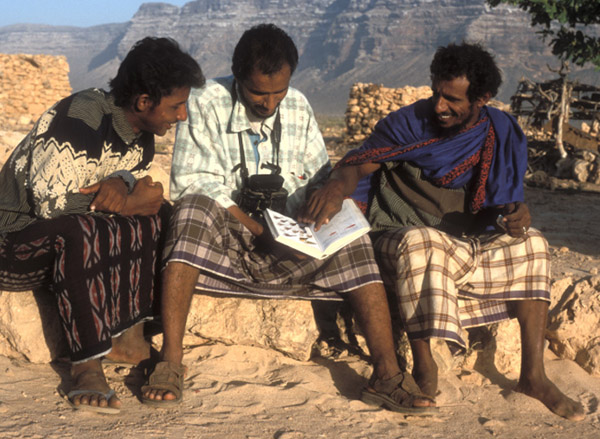