British Birds and the British Trust for Ornithology announce the winner of the award for Best Bird Book of the Year 2020. All books reviewed in BB, BTO News and on the BTO website www.bto.org/about-birds/book-reviews during the year 2020 were eligible for consideration for this award.

For the past two decades, judging for BBBY has been held at the BTO’s annual conference, in Swanwick, Derbyshire, in early December. It’s usually a lively affair, with tables full of books and plenty of animated discussion. The judging in 2020 was, along with just about everything else last year, a rather more toned-down event. The six judges – Ian Carter, Stephen Menzie and Roger Riddington representing BB and Gill Birtles, Tom Cadwallender and Hazel McCambridge representing BTO – met via Zoom in mid December to vote on the 2020 selection.

The biggest logistical challenge of 2020’s socially distanced voting was ensuring that everyone got to look at the books. Consequently, we were more restrictive than normal with our shortlist: starting with the 51 eligible books, an initial vote revealed that seven received a vote from three or more of the judges. These seven titles were subsequently featured in our Zoom call, where the usual discussion and debate took place, followed by a final vote to determine the winner. 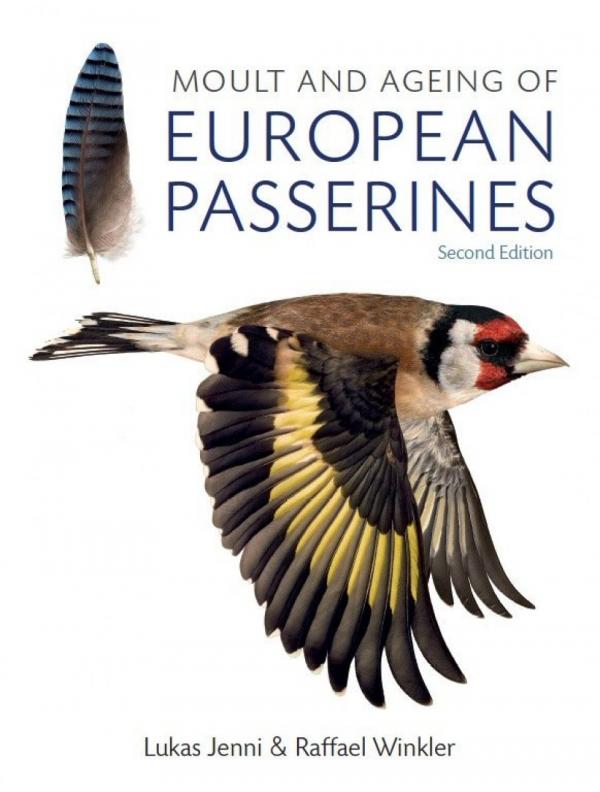 The judges agreed that this was perhaps the most specialist title on the shortlist, yet recognised its importance in its field and the immense amount of work involved in its compilation. Although it is a second edition, the judges considered that the wealth of extra information and new data included in this version elevated it considerably above the first edition. The book’s introduction was praised as offering an informative and understandable introduction to the world of moult, while the species pages are an indispensable source of reference, not only for ringers but also for any birders with an interest in moult and ageing. In fact, the only thing that the judges felt could be off-putting was its high price tag (particularly for the digital version, which at least has the advantage of not being beset by the print issues suffered by the paper version). Nonetheless, Moult and Ageing took almost one-quarter of the available votes – testament to the immense quality and indispensable nature of the work. In 1995, the first edition was highly commended in this award, and it is a fitting tribute to these two exceptional authors that their second edition has taken the title a quarter of a century later.

With 67 authors, 67 artists, and 67 Red-listed species covered, this book is the very definition of eclectic. A perfect coffee-table compendium, it was not only commended for its beauty but also for the important conservation message it serves to deliver. The different styles of writing and artwork throughout the book mean that there’s something for everyone, and each of the judges found something different that they enjoyed most about the work; what’s more, profits from the book go back into conservation. It’s the ideal book to dip in and out of – but don’t be surprised if you find yourself engrossed and struggling to put it down.

Uplands and Birds is everything you’d expect from a New Naturalist written by Ian Newton: accessible, informative, and highly readable. The author has the ability to take complicated issues and explain them with great clarity, even though his texts don’t shy away from potentially thorny or difficult subjects. This book is no exception, with perfectly crafted discussions surrounding hot topics such as driven grouse shooting, reintroductions and rewilding, as well as a wealth of information on the birds, the people and the landscapes that make the uplands what they are. Ian Newton’s is a regular name on the BBBY podium and, with books such as this, it’s easy to see why.

This collection of musings and short essays offers the perfect format to highlight the author’s passion for nature: Roy Dennis’s enthusiasm and personal connection to the topics covered shines out from the pages. The focus of the chapters is diverse, although there’s an overall theme of ecological restoration (aka rewilding) and a holistic and large-scale approach to conservation. Information is presented in a straightforward way that will appeal to a wide audience (as will the very reasonable price tag), and it’s clear from the author’s writing that he’s been ahead of the curve on some of the topics covered here for some time.

5th The Ring Ouzel: a view from the North York Moors

By Vic Fairbrother and Ken Hutchinson; Whittles Publishing, 2020; reviewed in BB by Ian Carter (Brit. Birds 113: 802) and for BTO by Anthony Wetherhill.

This book, based on a 20-year local study by two amateur ornithologists, really packs a punch. With masses of original information and observations, it impressed the judges by its professional presentation and readability. Focusing predominantly on the Ring Ouzel’s Turdus torquatus breeding biology in the North York Moors, it includes coverage of predation, migration and communication, but also provides thoughtful context from studies elsewhere in the species’ range. This informative and attractive book sets the benchmark for future species studies of this nature.

6th The Seafarers: a journey amongst birds

This autobiographical literary trip around Britain’s seabird colonies is a fine example of nature writing. Its focus is as much on the experience as on the birds themselves. In a year when the value of contact with nature in our lives came increasingly into focus, the author’s escape from the binds of city life to the fresh air and freedom of the coast proved to be particularly timely. The judges especially liked the broad appeal that this book has, including to the wider public who may not (yet) be aware of Britain’s rich maritime avifauna.

This monograph is based around 30 years of fieldwork by the authors, supported by a comprehensive overview of the published literature. It was commended as another example of a work where the authors’ passion for the topic really shone through and where decades of study have been distilled into a book that is as informative as it is readable. In addition to covering the expected topics such as food, breeding and migration, this book doesn’t shy away from the more controversial issues, in the chapter ‘Our relationship with the Common Buzzard’.