As I write, it's late February and spring is in the air. During recent evenings, I've noticed large V's of Lesser Black-backed Gulls Larus fuscusflying north over Thetford. Half a century ago, these birds would almost certainly have been individuals returning from their wintering grounds in southern Europe and North Africa. Now it's possible that they are birds heading to a local roost, having wintered here in East Anglia. They are becoming more vocal too, suggesting that some are scoping out breeding territories on the rooftops of the town's industrial estates, in an urban gull colony that has become established only since I moved to the area in 2010. Like other large gull species worldwide, the Lesser Black-backed Gull in the UK, along with the closely related Herring Gull L. argentatus, has adapted to anthropogenic changes in its natural environment, trading clifftops covered in Thrift Armeria maritimafor urban rooftops, marine fish for human refuse and in some cases foregoing migration (Camphuysen 2013; Ross-Smith et al. 2014). 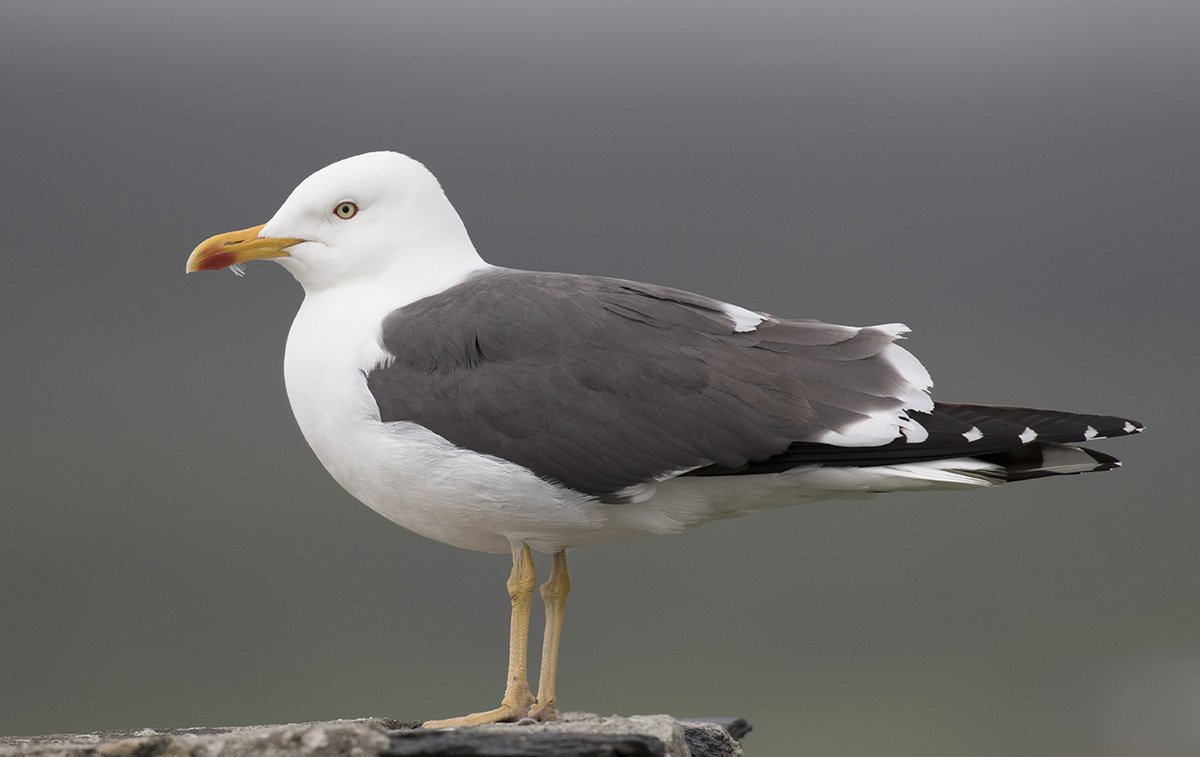