British Birds and the British Trust for Ornithology announce the winner of the Award for Best Bird Book of the Year. All books reviewed in British Birds or the BTO publications BTO News and Bird Study during the year 2007 were eligible for consideration for this Award.here are no formal judging criteria for this competition. In essence, we are looking for books of special merit that we feel will be appreciated widely among the readers of both BB and BTO News. There were 72 books that were eligible for the 2007 award, rather fewer than usual, but this made it no easier to find a clear winner. In the final vote, taken after long backroom deliberations at the BTO's Annual Conference in December, no fewer than five of our final top six titles were placed first by at least one judge. Bird books are so diverse in their style and content that comparisons are necessarily highly subjective. The rankings we offer are very much our own, therefore; in short, we recommend all of the listed books.most charismatic birds and animals of this endangered ecosystem. A highlight is the Spoon-billed Sandpiper Eurynorhynchus pygmeus account, which runs to 14 pages. Adventures indeed! Publication is timely in view of the increasing public awareness that Arctic wildlife is uniquely vulnerable to global warming.2nd: Manx Bird Atlas: an atlas of breeding and wintering birds on the Isle of Man By Chris Sharpe (principal editor). Liverpool University Press, Liverpool, 2007 (see Brit. Birds 101: 44). Atlasing 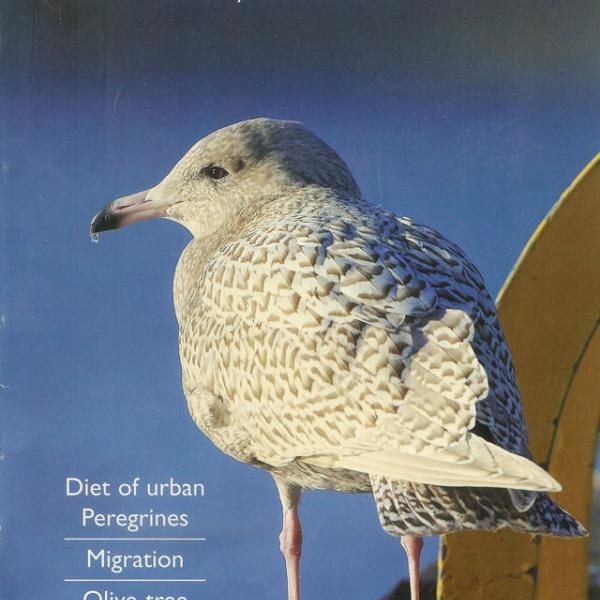