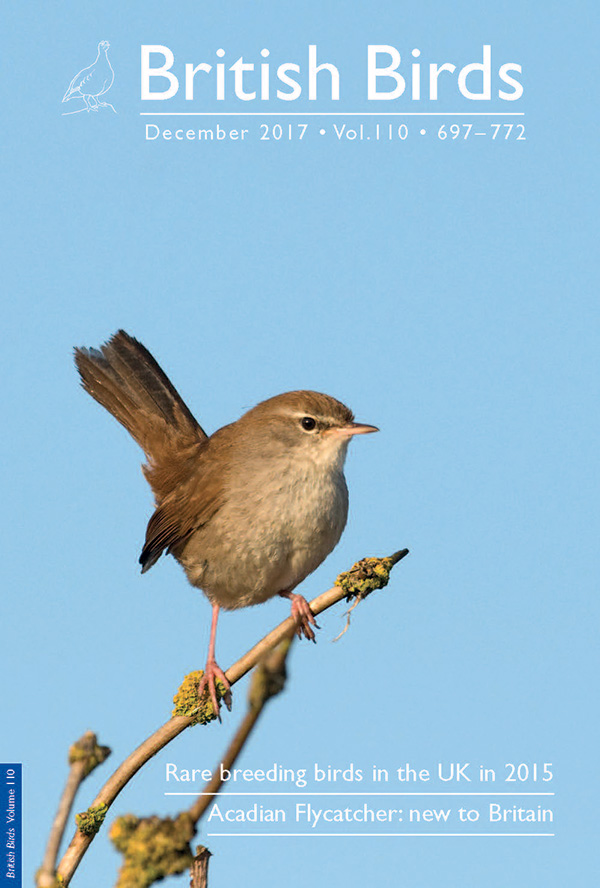 Rare breeding birds in the UK in 2015 This report documents the status of 100 species of rare or scarce birds that bred, or showed signs of breeding, in the UK in 2015. The year was notable for the first breeding record of Iberian Chiffchaff. Black-winged Stilts and European Bee-eaters bred again, but only the Bee-eaters were successful Several species, including three raptors, reached their highest population levels in recent years and the recent run of mild winters has probably contributed to large increases in numbers of Firecrests and Cettiâs and Dartford Warblers.

Letters: Only one species of Houbara? A response to Cowan