BB eye: Did the Glasgow CoP turn up the heat on politicians or birds?

In early November, the BTO launched a report on the impacts of climate change on birds in the UK (Pearce-Higgins 2021), which coincided with the UN Climate Change Conference (CoP26) in Glasgow. The BTO report did three things: it summarised the impact climate change is already having; it synthesised species’ vulnerability to future climate change; and it discussed how human responses to climate change – through either mitigation (reducing greenhouse gas emissions) or adaptation (adjusting to climate change) – may impact our avifauna. Evidence drew upon the efforts of thousands of birdwatchers participating in long-term bird monitoring schemes across the country. If that is you, it is thanks to your efforts that we can track the long-term impacts of climate change.

The report showed that warming is already changing long-term breeding and wintering bird population trends in the UK. Populations of species that respond negatively to temperature changes have decreased at a rate equivalent to a 33% decline over 25-years for breeding populations and 34% for wintering populations. This contrasts with more mixed or positive population trends in species that show no or a positive association with temperature changes. Species of birds associated with cooler climates have declined more, or increased less, than those associated with warmer climates (Devictor et al. 2012; Oliver et al. 2017). A 1°C rise in average temperature is already having an impact in the UK on long-term breeding and wintering bird population trends. The strongest negative responses to temperature are being seen mainly during the spring and summer, while, on the other hand, many resident bird species are showing positive responses to winter warming, which reduces cold-related mortality. At the same time, populations of long-distance migratory birds are fluctuating in response to variation in rainfall on their African wintering grounds.

Two groups of birds stand out as being most likely to suffer from climate change: our internationally important breeding seabird populations, and the unique assemblage of upland bird species. There is strong evidence that marine food chains are being disrupted by warming through a cascade of mechanisms (Johnston et al.2021). Changes in the distribution and phenology of plankton reduce the food available for small fish, such as sand eels, that are important prey for seabirds. This results in widespread negative relationships between sea-surface temperature and seabird demography, well described in species such as the Kittiwake Rissa tridactyla. Although we are awaiting the results of the current seabird census to fully quantify long-term trends, the BTO report suggests that a third of the UK’s breeding seabird species have declined. 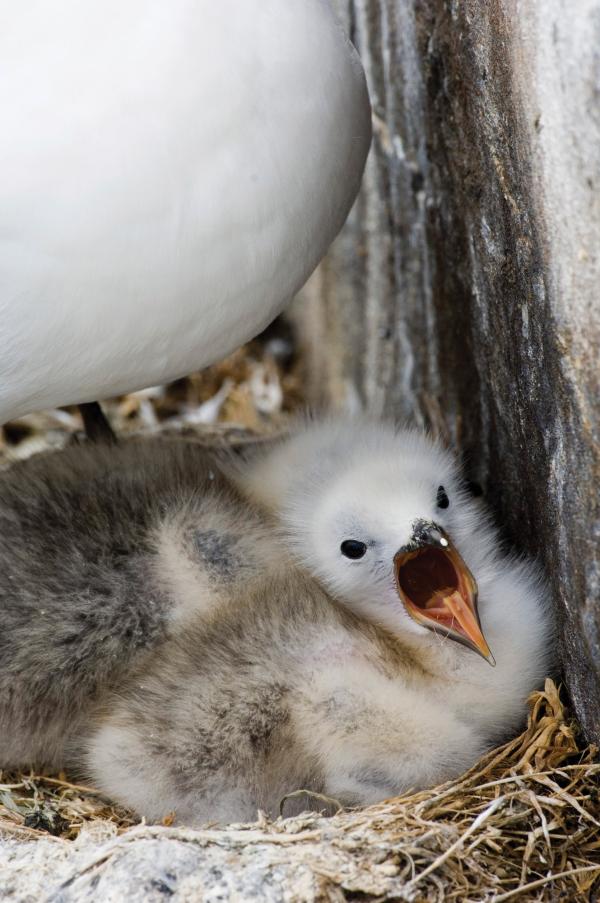 Similarly, the most likely mechanisms underpinning negative responses of upland birds to temperature are food related. The abundance of key invertebrate prey for species such as European Golden Plover Pluvialis apricaria and Dunlin Calidris alpina is reduced by warmer, drier summers (Pearce-Higgins et al. 2010; Carroll et al. 2015). Climate change is not the main driver of population declines in upland birds, but this drop in key-prey availability highlights that they are particularly sensitive to warming. Compared to many species associated with coastal, wetland and heathland habitats, which are projected to benefit from climate change and increase in number, seabirds and upland birds show the highest proportion of species that are at risk from climate change (fig. 1). 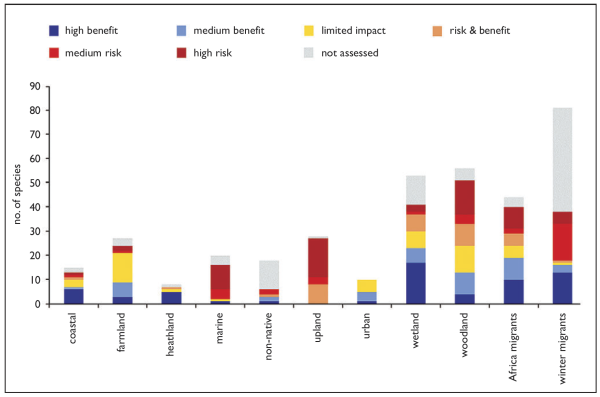 The CoP26 conference focused on the need for urgent climate change mitigation towards a global target of 1.5 °C warming. At the end of the meeting, the CoP26 President, Alok Sharma, stated that: ‘…we have kept 1.5 degrees alive … but its pulse is weak and it will only survive if we keep our promises and translate commitments into rapid action.’ Over 90% of the world’s GDP is now covered by net zero commitments, compared to 30% before the meeting, resulting in post-CoP26 commitments likely to result in 2.3°C warming by 2100 or 1.8°C including net-zero promises.

What does this outcome mean for UK birds? Although our geographical location and climate mean that the difference between +2°C and +4°C may appear relatively modest (Pearce-Higgins et al. 2017), the magnitude of negative impacts is expected to worsen with increasing levels of warming. For example, the projected rate of population decline due to climate change is expected to increase in the Eurasian Curlew Numenius arquata from 23% under a low climate-change scenario to 35% under a high climate-change scenario, and from 25% to 45% in the Red Grouse Lagopus lagopus scotica (Massimino et al. 2017), although such models do not necessarily account for all aspects of climate change, such as extreme weather and changes in species interactions.

Urgent climate change mitigation is important, but the BTO report also highlighted that the potential large-scale transformation of our lands and seas for energy production may significantly affect our birds. The UK’s ambitious plan for 40GW of offshore wind capacity by 2030 may cause significant seabird mortality through collisions with turbines. While many seabird species fly below the area swept by wind turbine blades, some, including the Kittiwake, are more at risk (Johnston et al. 2014). Understanding flight height helps to identify the most vulnerable species, while surveys and the tracking of individuals identify concentrations of vulnerable species (e.g. Thaxter et al. 2019). A robust decision-making process for consenting developments is needed to enable this evidence to facilitate large-scale renewable energy deployment whilst minimising the risks to vulnerable birds.

On land, large-scale tree planting is also promoted for climate change mitigation. If not planned properly, this could have widespread negative impacts on open country species of conservation concern, such as the Curlew, Golden Plover and Dunlin (Wilson et al. 2014; Franks et al. 2017), reminiscent of what happened in the Flow Country in the 1980s. However, if managed properly, woodland expansion could be beneficial for woodland birds of conservation concern. BTO data are being used to inform these decisions. 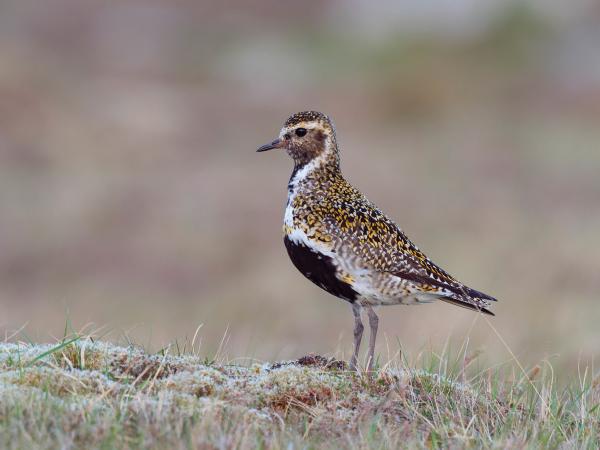 What might the CoP26 outcome mean for nature conservation? Even taking the most optimistic climate view, that 1.5°C has been kept alive, we know from changes in bird populations and distributions – and the day-to-day realities of nature reserve management – that nature conservation needs to adjust to a changing climate. John Lawton’s landmark report called for better management, bigger sites, more sites and better-connected sites (Lawton et al. 2010). The RSPB has been integrating a 25-year forward look for climate change in its reserve management review process – longer for some habitats, such as woodlands. The Society has implemented many adaptation actions across its nature reserves, with examples ranging from major managed coastal realignments at Titchwell, Norfolk, and the creation of wetlands for Eurasian Bitterns Botaurus stellarisat Lakenheath, Norfolk/Suffolk, away from their remaining vulnerable coastal sites, to smaller-scale S-shaped butterfly banks to increase microclimatic diversity.

Will this be enough? We may be less than eight years away from reaching the atmospheric greenhouse gas concentration expected to bring 1.5°C of warming, and 25 years from the equivalent threshold for 2°C (www.mcc-berlin.net/en/research/co2-budget.html). Global greenhouse gas emissions are not yet materially falling, so we need to adapt. Two major reports from the Climate Change Committee (CCC), published in June 2021, suggest how we might do this. The first highlights nature as one of the UK’s eight key climate change risks which require the most urgent action: ‘Risks to the viability and diversity of terrestrial and freshwater habitats and species from multiple hazards’. Soil health, carbon storage and sequestration, commercial forestry and agriculture are also listed (Climate Change Committee 2021a), and our responses to these will also likely impact birds. The second CCC report, on adaptation progress, gives clear advice to adapt for a 2°C world, and assess risks for 4°C warming (Climate Change Committee 2021b). Adaptation is a central requirement with objectives and desired outcomes for nature conservation needing to be developed alongside the increasing influence of climate change on species and habitats. Yet, critically, the CCC states that the adaptation gap, between action taken and action required, has widened over the last five years.

This urgency is mirrored in the Bern Convention, which applies to 47 European states, including the post-Brexit UK. The Convention states that a change in approach to managing protected areas is required to address climate change, entailing urgent transformative action, recognising the ongoing trajectory of climate change and preparing locally for a significantly warmer world. Sites should take more account of their role in a biogeographic network, to facilitate changes in species distribution, which also needs to extend beyond protected areas and into the wider countryside (https://bit.ly/34AWbw9).

In the UK, we are still absorbing the current climate trajectory into nature conservation policy and practice. The 25 Year Environment Plan for England lacks the detail and specific action required for effective adaptation (HM Government 2018), despite the potential for some of its provisions, such as the Nature Recovery Network and target for 500,000 hectares of new or restored habitat, to make important contributions. We need to understand anew what adaptation means for our nature reserves, across our nature networks, and the land between them: a situation of change rather than simple species recovery. The Glasgow CoP may have kept alive the avoidance of potentially catastrophic climate change later this century, the importance of which cannot be understated, but more progress is required at the 2022 CoP in Cairo.

Right now, the impact of climate on our birds is already clear, as is the course of climate change over at least the next couple of decades. The prominence given to nature at the Glasgow CoP is welcome, and we look forward to this being carried forward into the transformative change required in the UK and elsewhere, so that nature can thrive along the pathway of climate across the 21st century. Doing so will require the right policies, supported by effective monitoring to ensure that they deliver for both people and nature in the decades to come. We don’t think we’ll be hanging up our binoculars and survey recording forms any time soon while there remains such an important task for us to do!

Devictor, V., et al. 2012. Differences in the climatic debts of birds and butterflies at a continental scale. Nature Climate Change 2: 121–124.

—, et al. 2017. A national-scale assessment of climate change impacts on species: assessing the balance of risks and opportunities for multiple taxa. Biological Conservation 213: 124–134.

James W. Pearce-Higgins is Director of Science at the British Trust for Ornithology, where he also leads the climate change work.

Olly Watts is a Senior Policy Officer at the Royal Society for the Protection of Birds, where he leads on climate change adaptation. 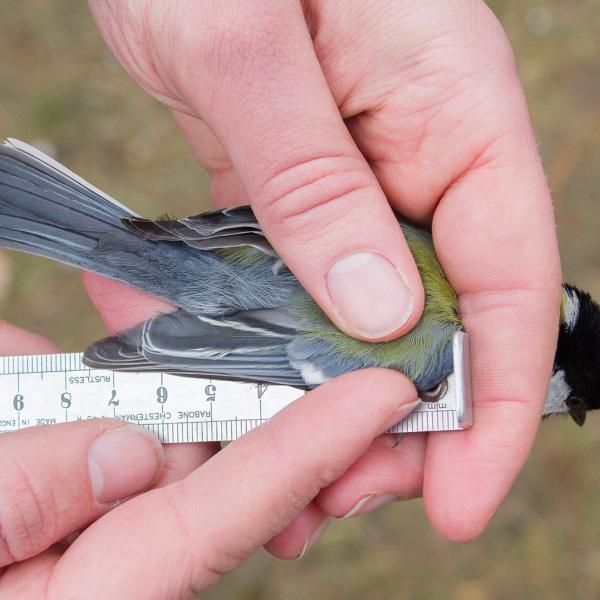 Mad about method – why methods matter 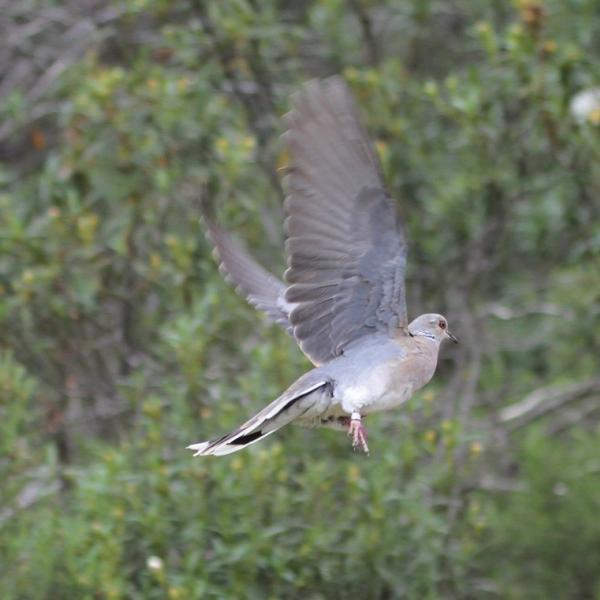 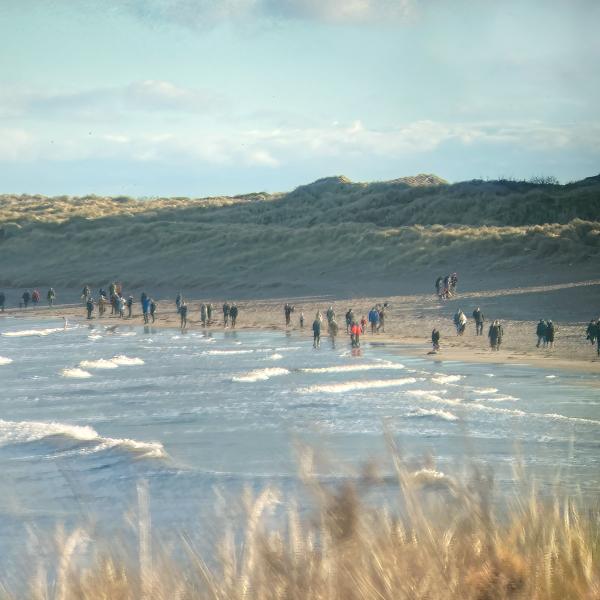 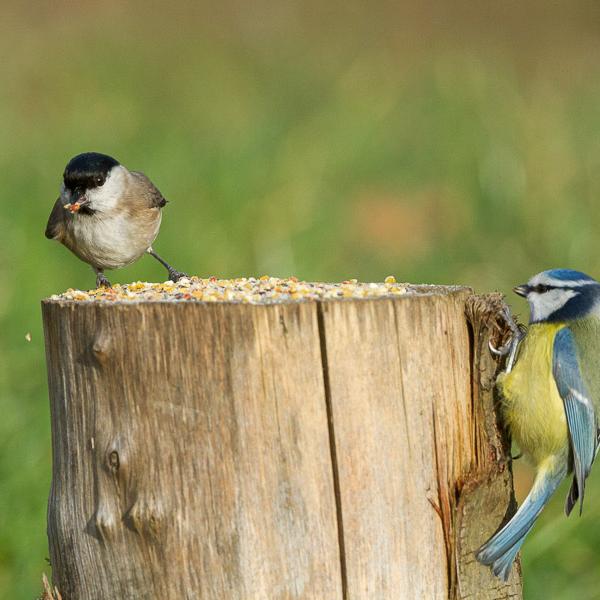