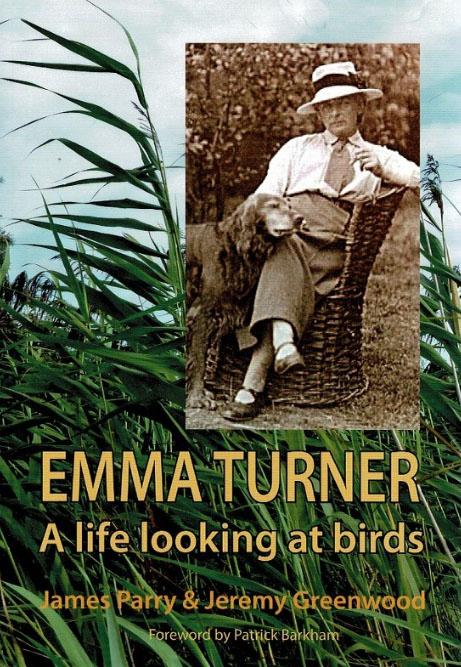 By James Parry and Jeremy Greenwood

One of the rare pleasures of reviewing books is when you are offered something interesting to look at that you would not otherwise have read. Here is a case in point. It is the story of Emma Turner’s unlikely rise to become a respected ornithologist, writer and photographer in the male-dominated world of the early twentieth century. The narrative is lively and captures much of the atmosphere of ornithology at the time, with quotations from her books and from letters to other luminaries of the day. This was an interesting period, when optics were gradually starting to replace the gun as the main means of bird identification, although persecution and specimen collecting were still major threats to scarce species. It was also a period when wildlife was gradually becoming more accessible to the public, something that Emma Turner was successful in encouraging through her popular writing and lectures.

The story is all the more interesting if you are familiar with the places where she spent the majority of her time observing and recording birds, especially Hickling (in the Broads) and Scolt Head (off the north Norfolk coast). But she also visited other sites throughout Britain in her efforts to investigate as wide a range of species as possible.

Her publications include over 30 notes and papers in British Birds between 1907 and 1937, which describe some notable discoveries borne out of persistence in the field and a careful eye for detail. Her books are little known these days and her photographs are very much of their time: superb achievements given the limitations of travel and equipment but, as even she began to realise late in life, quickly surpassed as the technology moved on. The end of the story is a poignant one as her health fails and her books fade from attention with the onset of war. Eighty years on, we can now appreciate the extent of her achievements and an influence that is still very much with us today.