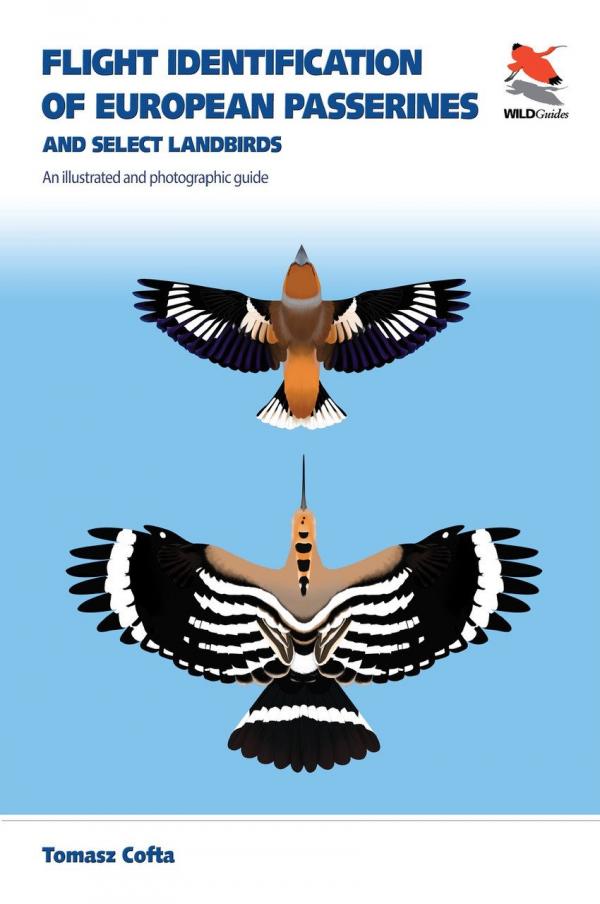 Not so long ago, the idea of an identification guide dedicated to passerines in flight would have seemed rather outlandish. But the increasing popularity of observing visible migration now makes such a guide timely and this volume is a high-quality addition to the identification literature.

An extended introductory section covers a wealth of topics pertinent to identification and explains the sometimes unfamiliar terminology used to describe flight modes. A total of 205 passerine and 32 ‘near-passerine’ species are covered; some recently split species, such as Corsican Finch Carduelis corsicana and Iberian Green Woodpecker Picus sharpei, are missing and the treatment of subspecies is somewhat patchy with some well-defined taxa, such as ‘Balearic Woodchat Shrike’ Lanius senator badius, missing. Nevertheless, species coverage is overall pretty comprehensive.

With the exception of some closely similar species that are treated together, sometimes deemed by the author to be indistinguishable in flight, most species are covered fully. Most species appear on two-page spreads with a short text and illustrations on one page and voice data including sonograms and photographs on the facing page.

The illustrations by the author (850 in total) are of a high quality, attractive and convincing. Dorsal, ventral and profile views are presented as appropriate, and some species have all three. Wing shapes appear to have been carefully prepared to reveal accurate primary-tip shapes, and spread tail patterns are shown for most species when valuable patterns exist, though notably not for Richard’s Anthus richardi and Blyth’s Pipits A. godlewskii, which are unfortunately depicted only with their tails folded.

On occasion, I felt that the illustrations did not really capture the appearance of birds in life, for example the underwing patterns of Grey Wagtail Motacilla cinerea and Crested Lark Galerida cristata, but this may be more to do with the fact that underwings seen perfectly and well lit, rather than backlit, differ somewhat from those seen in typical field conditions. For this reason, the inclusion of multiple photographs is an ideal way to bridge the gap between what is real and what is actually apparent. In total, over 2,400 photographs are presented, some species having ten or more. Given the nature of the subjects, it is not surprising that the photographic quality is variable (and in a few cases I can see no great benefit in including a particular image except to pad out the species’ account) but overall the quality is unexpectedly high and the images complement the illustrations very well indeed.

The book’s focus is on field identification but in this age of digital photography I imagine that it will come in equally handy when pondering those dodgy record shots of birds whizzing by or that mystery warbler that took off just as the shutter was pressed. Anyone with an interest in visible migration or identification generally will want to own a copy of this guide and it’s a remarkable achievement by a single author.