Handbook of the Birds of the World. Vol. 15. Weavers to New World Warblers, edited by Josep del Hoyo, Andrew Elliott and David Christie 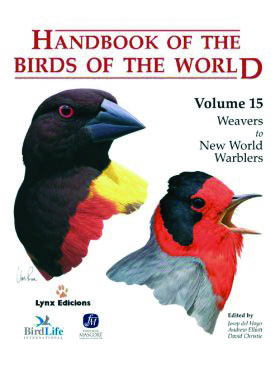