Our first two papers this month concern species that have recently seen an expansion in their breeding ranges, though the two backstories are quite different. In the case of the Eurasian Spoonbill, the species was a former breeder in Britain but was lost some 300 years ago owing to persecution and habitat loss. Only recently, following increased protection and habitat conservation across Europe, has the species made a comeback. Its stronghold in Britain is now at Holkham NNR, Norfolk, where it has been studied intensively since it first nested in 2010. On the other hand, the Caspian Gull is expanding its range for the first time. The rapid spread of this species has been tracked by gull enthusiasts across Europe, and it has recently been added to the lists of breeding avifauna in many central and western European countries. With pairs now nesting as close as the Netherlands, could the Caspian Gull be the next species to be added to Britain’s list of breeding birds?

In contrast, the Eurasian Curlew, though still a widespread breeder across Britain and Ireland, continues to decline. Our third main paper this month looks at the work being done to restore breeding Curlews in the UK and Republic of Ireland. The immediate future looks rather bleak for the species – breeding productivity remains woefully low, and modelling suggests that it could be lost as a breeding species in Wales within the next decade – but, as this paper shows, with conservation partnerships and landscape-level action, there is hope and it’s not too late to turn the Curlew’s fortunes around. 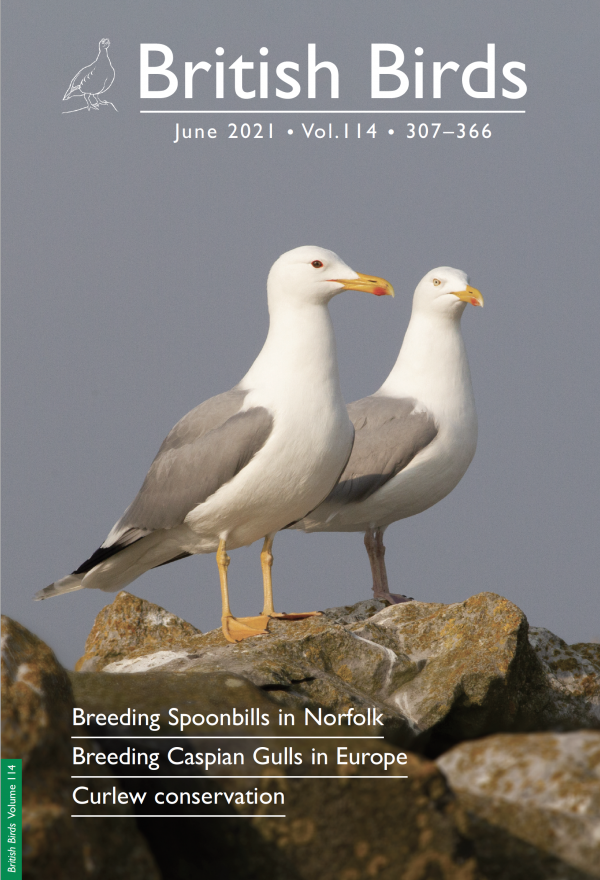