The Life of David Lack: father of evolutionary ecology 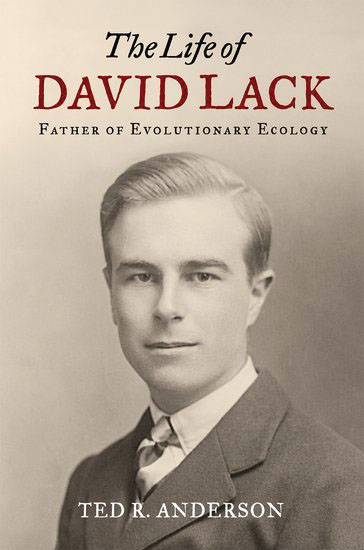 By Ted R. Anderson Oxford University Press, 2013; hbk, 246pp; 19 black-and-white photos and illustrations ISBN 978-0-19-992264-2 - Subbuteo code M24175 - Â£37.50 This modest little book combines a biography of David Lack with a critical review of his scientific work. The first few chapters describe his early life at home and at Gresham's School in Norfolk - the alma mater of an array of the pre-war intelligentsia and incidentally of more than its fair share of past and present ornithologists. Moving to university at Cambridge, he took the opportunity to participate in expeditions to St Kilda, Bear Island, Iceland and East Greenland, before moving to a job teaching at Dartington School in Devon. Here he continued his scientific work, studying the Robin Erithacus rubecula and producing one of the first detailed scientific studies of a small passerine. He then took time out from teaching to visit the Galapagos, where he studied a range of birds, but especially the finches, about which he wrote a major analytical review. The Second World War then intervened, and he spent much of his time helping with the installation and management of radar facilities - and (inevitably) spending his limited free time birdwatching. This familiarity with radar led to pioneering research into its value in the study of avian migration. The book then moves away from a biographical stance to begin the review of Lack's career at Oxford University as founder and head of the Edward Grey Institute of Field Ornithology. (It is amusing that when Anderson is describing Lack's private life, he often refers to him as 'David', but for the scientific aspects of his life, he invariably uses the more formal 'Lack'.) There follows a detailed summary of the key developments in Lack's career, building this around chapters related to his major books: The Natural Regulation of Animal Numbers, Population Studies of Birds, Ecological Adaptations for Breeding in Birds, Ecological Isolation in Birds - all of which were groundbreaking texts. In among this is one of the better histories of the 'Group Selection' controversy which raged in the early 1960s. The final chapters include 'potted biographies' of many of Lack's colleagues and students. Oxford must have been an awesome place to work in the 1950s and 1960s: Cain, Elton, Ford, Kettlewell, Lack, Moreau, Sheppard, Southern, Tinbergen - all overseen by the benign Alistair Hardy! And the list of students reads like a roll of honour of British (indeed, global) ornithology: P. R. Evans, Hinde, Lockie, Newton, Perrins, Safriel, Snow, Stonehouse and many more. He also founded the annual winter conference in Oxford for undergraduate and postgraduate students, many of whom made their first public talks at this event. A committed Christian, Lack was always kind and generous at these meetings. No matter how limp and amateurish a presentation might be, he always found something positive to say in the discussion. This book was a delight to read, and is warmly recommended to anyone interested in the life story of one of Britain's greatest ornithologists and his central role in the development of field ornithology in Britain during the middle of the twentieth century. David Parkin

Buy this book from the British Birds bookshop, which is run byÂ Subbuteo Natural History Books

This means that 5% of all sales generated byÂ British BirdsÂ subscribers, whether it is books reviewed in the journal, featured on its book page or listed on the Subbuteo website, will be paid toÂ British BirdsÂ - and will directly support the production of the journal.