On 17th February 1980, I observed a 'ringtail' (female/immature) Hen Harrier Circus cyaneus flying low over a Yorkshire moorland. I watched it for several minutes, after which it was joined by a male Goshawk Accipiter gentilis. For the next ten minutes, the hawk mobbed the harrier almost incessantly, although for the most part the latter 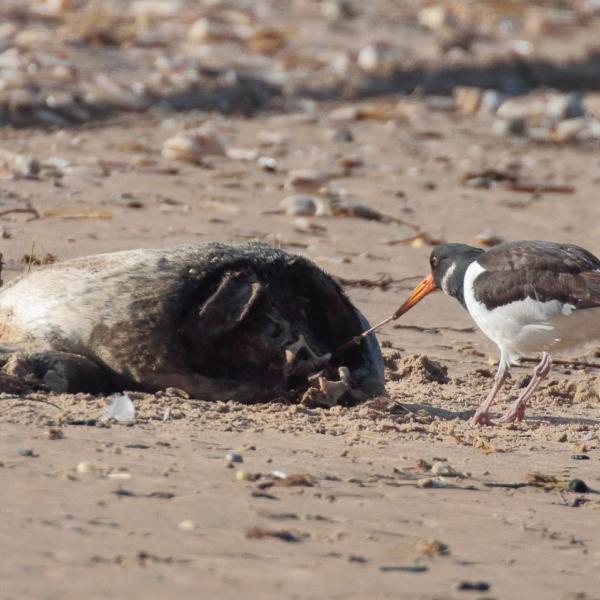 Oystercatcher feeding on a seal carcase 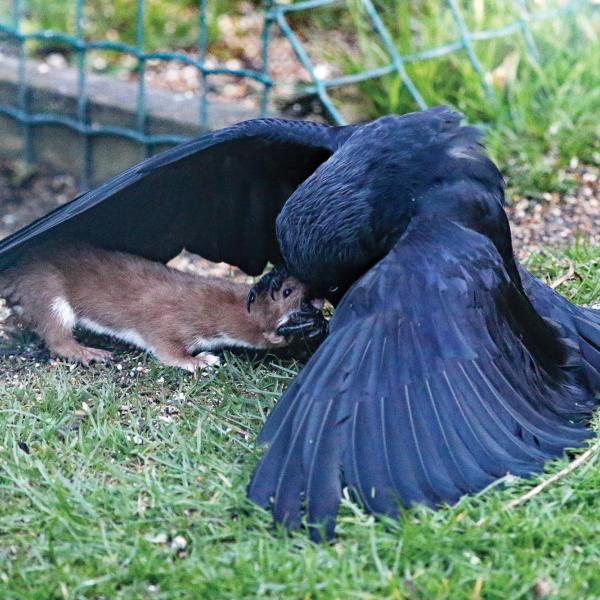 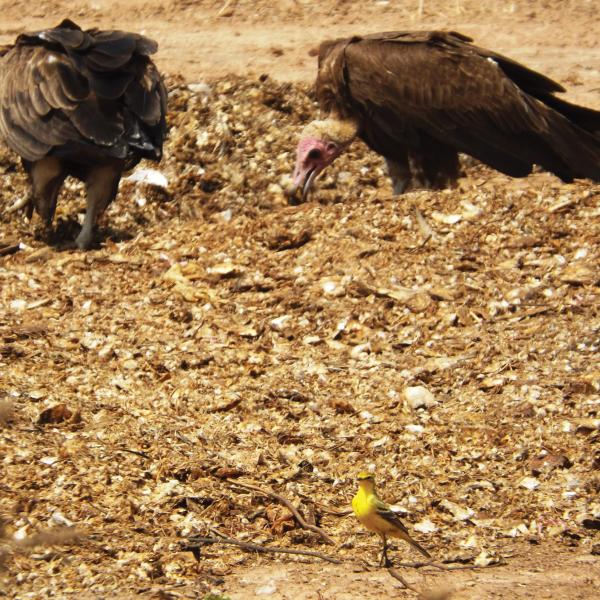