Raptors in Focus: a quest to find birds of prey in Europe and beyond 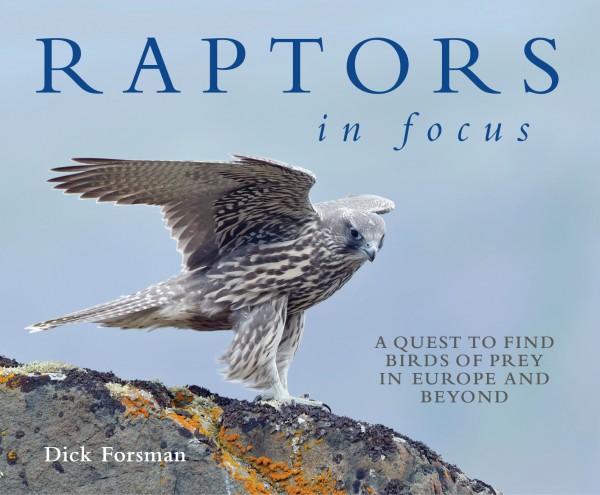 By Dick Forsman Reed New Holland, 2016; hbk, 176pp; 161 colour photos ISBN 978-1-921517-68-6, Â£19.99 Dick Forsman was already fascinated by raptors at the age of six â sketching them in chalk on the pavements of Helsinki. In the years that followed he became the best-known raptor expert in Europe, and respected worldwide for his detailed knowledge of identification, in particular his understanding of the various stages of moult. This book is a collection of photographs taken by him in his quest to find and photograph all the raptors of the Western Palearctic. The book is divided into ten sections and these contain 150 photographs depicting 43 species â so not quite the full set of Western Palearctic raptors. Starting in his home area of Finland, he focuses in on the birds that live in the forests and along the coast, and then moves farther north, beyond the Arctic Circle. The Iberian Peninsula and the Mediterranean are next, followed by the Middle East and North Africa. A chapter on migration discusses the differences between the western and eastern flyways and the different species encountered. Hunting is covered in another chapter, as is the uneasy relationship between raptors and corvids. A section on the breeding cycle discusses copulation, nesting and food provision. Finally, a chapter on hybrid raptors gives some interesting examples such as Peregrine Falcon Falco peregrinus x Barbary Falcon F. pelegrinoides, Lesser Spotted Eagle Aquila pomarina x Greater Spotted Eagle A. clanga, (European) Honey-buzzard Pernis apivorus x Oriental Honey-buzzard P. ptilorhynchus and also the so-called âGibraltar Buzzardâ which is a hybrid Long-legged Buzzard Buteo rufinus x Common Buzzard B. buteo. Because of the way the book has been created, several species appear in more than one section. The text is minimal with around 200â300 words to introduce each chapter. Everyone will have their own favourites in this book, but I particularly liked the images of Northern Goshawk Accipiter gentilis in many different plumages and positions. This is a wonderful book with images of raptors from every conceivable angle. Keith Betton
Volume:
Issue 1
Display Image: