Since the early 2000s, the name of Roger Riddington has been synonymous with that of British Birds. Roger was appointed to the position of Editor in February 2001 (Brit. Birds 94: 60). Twenty years on, he has stepped away from the Editor’s desk to enjoy retirement, leaving behind a journal that has gone from strength to strength during his tenure.

Born and raised in Lincolnshire, Roger studied at Oxford before heading north to work as Warden at Fair Isle Bird Observatory from 1994 to 1997. By the time he joined BB, he was already well known in the ornithological world and had authored a number of papers on his research and other topics.

Initially, he worked from the BB office in Sussex but soon returned north to Shetland, where he remains to this day. Such a move away from the BB office would have been difficult in the 1990s but, by 2000, e-mail was well established and the directors were persuaded that this ‘distance working’ could work. They were not wrong and Roger successfully transferred ‘BB Towers’ to the far north. In recent years, before the travel restrictions imposed by the Covid-19 pandemic, Roger escaped the Shetland winters to spend several months on Sicily, Italy, further expanding the bounds of the BB Editor’s ‘office’. 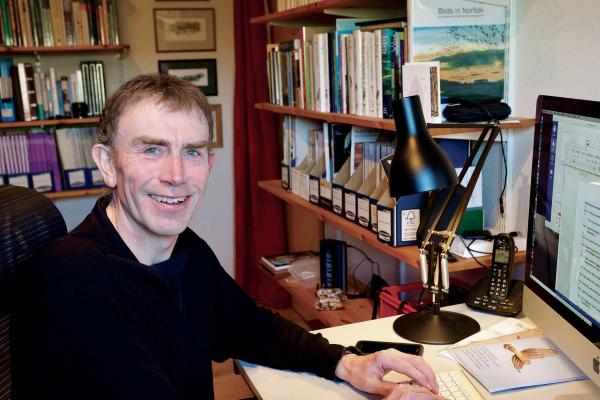 Roger’s appointment came at the end of a difficult period for BB, which culminated in the transfer of the business to a new company, BB 2000 Ltd. He was faced not only with the standard editorial tasks associated with getting each issue published on time but also with restructuring the editorial process, modernising production, and increasing the subscriber base. Two decades on, BB is financially stable, has a strong subscriber base, a well-established production process, and a secure future.

Roger was affectionately referred to from time to time as ‘Slasher Riddington’. His motto in the job was ‘plain English’ and he made slimming a paper down from 12,000 words to something that fitted in eight pages of BB look easy – ‘cutting away the fat to leave just the meat’, as one member of the Editorial Panel put it. His unflappable demeanour and pin-sharp analysis of anything that was put in front of him made him the perfect man for the job. Always friendly, humorous and diplomatic, he was – and remains – highly respected by his fellow staff and all who have served on the Editorial Panel, the Board of Directors and as a Trustee during his time as Editor.

Roger’s time in the post has seen a steady flow of quality papers published covering an increasingly wide range of topics. BB has remained the journal of record for British and Western Palearctic ornithology, attracting material from a wide range of authors. He remained committed to making BB accessible to all without compromising the value of the content, and the introduction of ‘BB eye’ in January 2013 and ‘My patch’ in July 2017 further broadened the pool of contributors. Latterly, Roger oversaw the publication of Birds of the UK Overseas Territories (Bloomsbury, 2020) – a fine culmination to a chapter in his career that has brought much to British ornithology.

During his time as Editor, Roger has remained a prolific finder of rare birds in Shetland and he was appointed to BBRC in 2017. The BB team are delighted that he will continue to serve on BBRC in his ‘retirement’.

Roger can justifiably look back on the past two decades with considerable pride. We wish him every success for the future; perhaps we may even be fortunate enough to see a paper or two of his appear in BB.