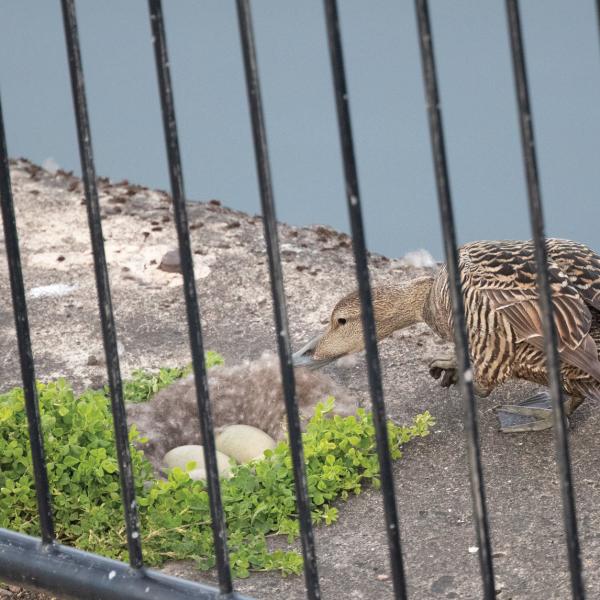 01 April 2021 Comments Notes On 14th May 2020, William Dickson told me about a Common Eider Somateria mollissima sitting on a nest on the harbour wall at Kirkcaldy, Fife. The nest was situated on the only patch of vegetation along the entire harbour ledge. On 25th May the b... Read More

A Wild Bird and a Cultured Man 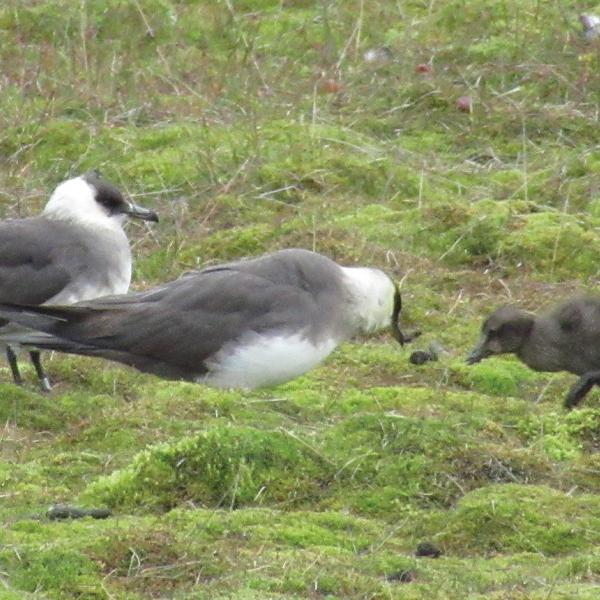 01 May 2003 Comments News and comment The Dutch Wadden Sea is of international importance for Common Eiders Somateria mollissima, with between 102,000 and 173,000 individuals spending the winter there. In the winter of 1999/2000, beached bird surveys detected a mass mortality even... Read More 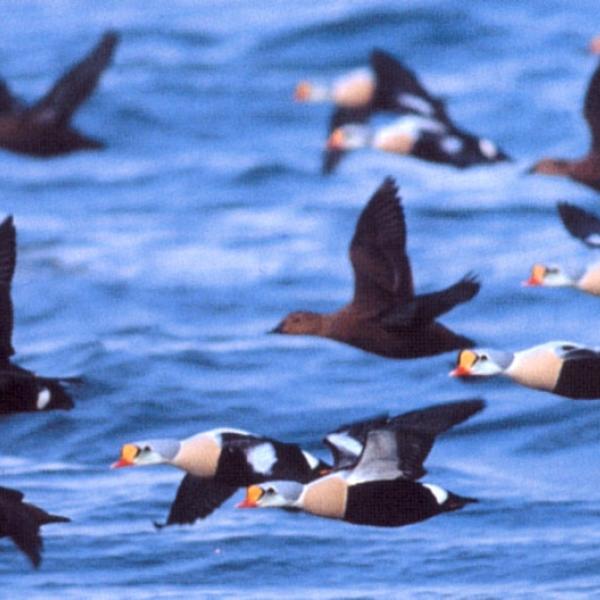 01 May 2002 Comments Main paper Tony Svensson 1Spring flocks impart a vivid black-and-white impression.They are rarely confused with other ducks, but other species of eider can be overlooked in the flock. ... Read More

01 February 1989 Comments Notes Early wing moult of Eiders. During hard weather in January 1985, there was an influx of Eiders Somateria mollissima into the eastern River Swale, Kent, up to about 150 remaining throughout the spring and summer. O n 4th M a y 1985, C. E. Wheeler a... Read More

The use of gull nests by Eiders

01 August 1982 Comments Main paper The eggs of Eiders Somateria mollissima have been seen in the nests of Herring Gulls Larus argentatus in several locations (Robertson 1930, Barker 1938, Gross 1938), but few details have been recorded. In recent years, gull nests containing both gull a... Read More

Wintering Eiders is England during 1960–65