The migration of Common and Arctic Terns in southern England

01 April 2014 Comments Main paper By Keith Vinicombe Abstract Counts of Common Sterna hirundo and Arctic Terns S. paradisaea at Chew Valley Lake, Avon, are analysed over a 36-year period. These data are compared with counts from seawatching headlands on the s... Read More

01 March 2002 Comments Notes Is there a dark morph of the North African race of Long-legged Buzzard? Dificulties in determining the age of Arctic Terns in the field Sparrowhawk extracting Gret Tit from feeding cage Hunting method of Merlins in the breeding ... Read More 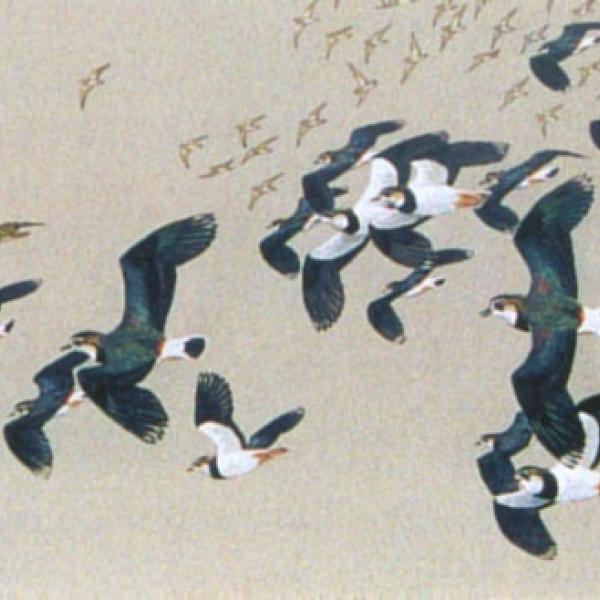 01 October 2001 Comments Editorials Thanks to the generosity of well-known artist and staunch BB-supporter Ian Wallace, BB is delighted to offer its subscribers the opportunity to purchase this fantastic DIMW original, featuring European Golden Plovers Pluvialis apricaria and No... Read More

Roof assemblies of lapwings and plovers in Britain

01 May 1995 Comments Main paper Inland spring passage through Britain of large numbers of Arctic Terns Sterna paradisaea is not a recent phenomenon. A remarkable passage occurred in April 1947, related to a weather system which produced strong southwesterly gales during 19th-23rd: Ar... Read More

01 May 1990 Comments Editorials This Black-headed Gull Lams ridibundus (plate 125, opposite) was photographed in Suffolk in November 1977 by Terry Bond, who suggested that the bird is saying: 'You wouldn't believe how many people identify me as a Laughing Gull!' Can you think of an e... Read More