Abstract The discovery of an Empidonax flycatcher at Nanjizal, Cornwall, on 8th October 2008 is described. This bird, and a subsequent ’empid’, at Blakeney Point in Norfolk on 25th-27th September 2010, generated considerable discussion. In both cases, identification lay between Alder E. alnorum and Willow Flycatchers E. traillii, considered to be two of the most challenging North American species to separate. The Nanjizal bird was trapped and all the biometric data fitted Alder while some characters were outside the published range of Willow Flycatcher. DNA analysis failed to determine the species involved, but did suggest that the bird was a female. The bird in Cornwall was eventually accepted as the first Alder Flycatcher for Britain.

To read this and each current issue in full, you can subscribe to BB here 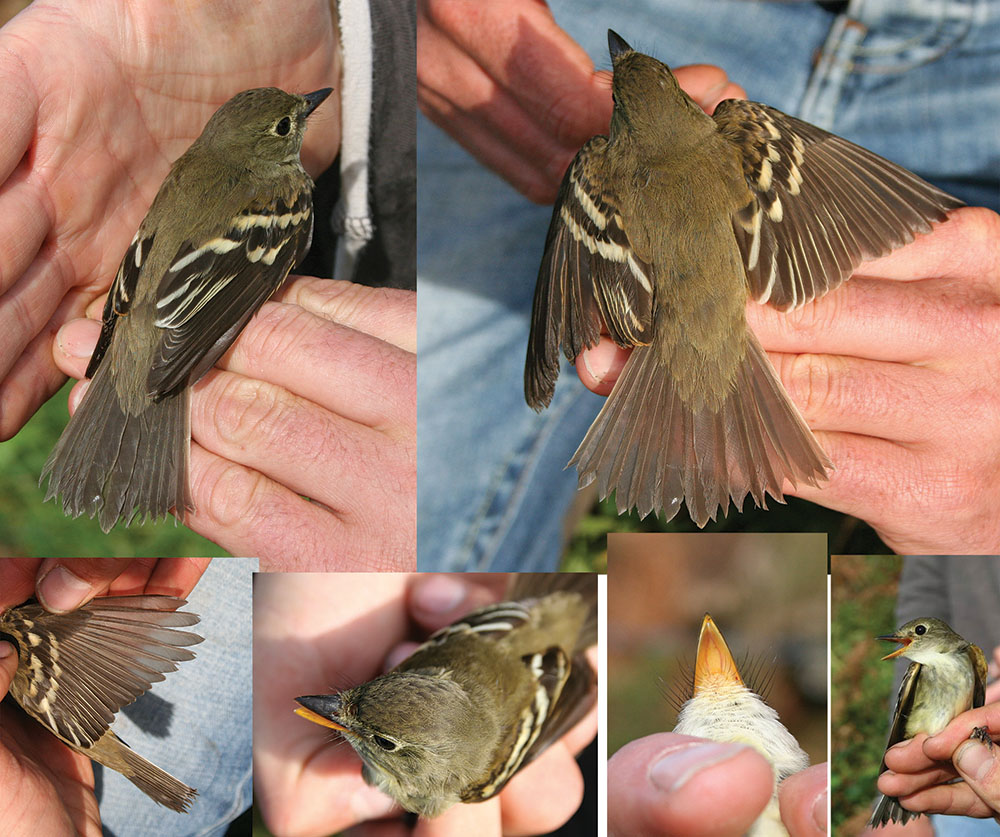 The Alder Flycatcher in Cornwall – pics by Ian Wilson