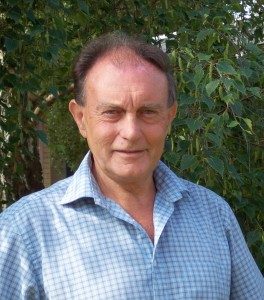 The massive declines in most farmland bird species that have occurred since the 1970s have not been conspicuously reversed in recent years, despite the wide uptake of agri-environment (AE) measures by farmers. This is the conclusion one would draw from the Breeding Bird Survey and other national monitoring schemes run by the BTO (Hayhow et al. 2016). But what about the situation at a more local scale?

Other evidence on the effectiveness of AE measures has come from the bird populations on specific farms, which have increased markedly in response to measures intended to provide safe nesting habitat and year-round food, both for adults and for young. On the RSPB’s farm in Cambridgeshire, birds increased from 117 to 291 pairs over ten years (RSPB data); on the Game and Wildlife Conservation Trust’s farm in Leicestershire, birds increased from 749 to 1,437 pairs over 11 years (Stoate & Leake 2002), and at Titley Court Farm in Herefordshire from 531 to 951 pairs over just three years (Chapple et al. 2002). Increases of the same order have been recorded on many other large farms, most of which have been managed primarily for wild Grey Partridges, but on which other species benefited too. All the farms involved in these studies were run profitably from an agricultural viewpoint. Another three-year study also revealed that some bird species increased more, or declined less, on 65 farms under Higher Level AE management than on 21 farms lacking AE interventions (Bright et al. 2015).

There can therefore be no doubt that, when carefully executed, AE measures have produced local increases in a wide range of priority bird species. The most likely reason why these species have not increased at the national level is that the critical AE measures have been applied over too small an area. Limited AE measures were first introduced in Britain in 1987, since when the areas eligible and variety of options available increased gradually, reaching their current format from 2005. However, at no time have AE measures been allocated more than 9% of the total agricultural subsidy budget; and the remaining 91% of this budget was spent on measures that could mostly be regarded as detrimental to birds. Similarly, while up to 70% of farms in recent years have taken up agri-environment measures, on most of these, AE measures affected only a small proportion (typically <5%) of the total farm area, mainly hedges and headlands. With such a small land area involved, we cannot expect birds to have recovered to anything like their 1970s abundance, although this is probably now an unrealistic target.

Apart from too small an overall area, there may be other reasons why schemes have failed to produce an increase in bird numbers at national levels:

Although the results of agri-environment schemes are often perceived as disappointing, the main message is that, when properly applied, they have produced some substantial recoveries in bird populations at a local level. Yet they have not been applied on a sufficiently large area to reverse the decline of widespread bird populations at a national level. While some interested farmers have achieved spectacular results, we need more land under sympathetic management.

In the past, on the mixed farms of pre-pesticide times, farmers produced insects, birds and other wildlife in abundance, as an incidental by-product of their routine farming operations. Mixed farmland was one of most biodiverse habitats in Britain. Nowadays, with a wide range of pesticides at their disposal, farmers have the means to remove almost all wild plants and animals from their farms. In agri-environment schemes, we are in effect paying farmers to retain some bits of their land for nature. They have the choice to farm entirely for crops and livestock, or for a mixture of crops, livestock and biodiversity. Either way, under the present subsidy system, they get paid. For crops and livestock, the farmer receives a subsidy plus the prevailing market value of his produce. For wildlife, he receives only a subsidy (plus in some cases money from game shooting). One consequence of this situation is that farmland wildlife has become ever more susceptible to any cuts in agricultural funding from government (assuming the cuts would fall on biodiversity rather than on food production), and also to any increase in the market value of agricultural produce, which makes crops and livestock more profitable than subsidised nature. If we want wildlife on farmland, we now have to pay for it as never before. The conservation of farmland birds in Britain rests on a very tenuous footing, and as Britain leaves the EU, which has provided much of our environmental regulation for decades, the situation with farm support remains unclear. Whatever happens, farmland wildlife will continue to depend on the goodwill and interest of farmers.

Ian Newton has had a lifelong interest in birds, especially birds of prey, and has studied them as a career for more than 40 years at what is now the Centre for Ecology & Hydrology. In his spare time, he does more of the same things. His main interests are in population ecology and migration.