Most of us enjoy a bit of peace and quiet – a break from the usual barrage of artificial sounds associated with modern living. I certainly appreciate places where natural sounds are dominant. As I’ve got older and my hearing has started to deteriorate, I find it more and more desirable to find quiet places to spend time outdoors. That might appear counterintuitive but there is some logic to it. I find that it has become increasingly difficult to pinpoint singing or calling birds, particularly those with high-pitched vocalisations; and it has become especially difficult to pinpoint birds in an environment with lots of background noise. It’s much the same when talking to people. Quiet meeting rooms are fine but trying to hold a conversation in the lunch break when everyone is talking is not so easy. I often think of that Michael McIntyre sketch in which he points out that you can only reasonably ask someone to repeat themselves three times. After that you are obliged (by an unwritten but universally accepted rule) to guess what was said and to try to respond meaningfully.

I’ve not been able to hear calling Goldcrests Regulus regulus, or bats or shrews, for decades. Even crickets and grasshoppers are now merely visible, rather than audible, features of the countryside. A sound that is apparently so evocative of high summer in much of Britain is simply missing. People with good hearing often struggle to believe that I can’t hear them, to the extent that every new stridulating individual is gleefully pointed out: ‘Surely you can hear that one?’ I’m sometimes tempted to lie, just to get the pantomime over with. I don’t really miss listening to grasshoppers (or Goldcrests) because I haven’t been able to hear them for such a long time. But I do miss quiet places. And I find it rather depressing that it has become almost impossible to find places entirely free from artificial noise across large parts of the country. 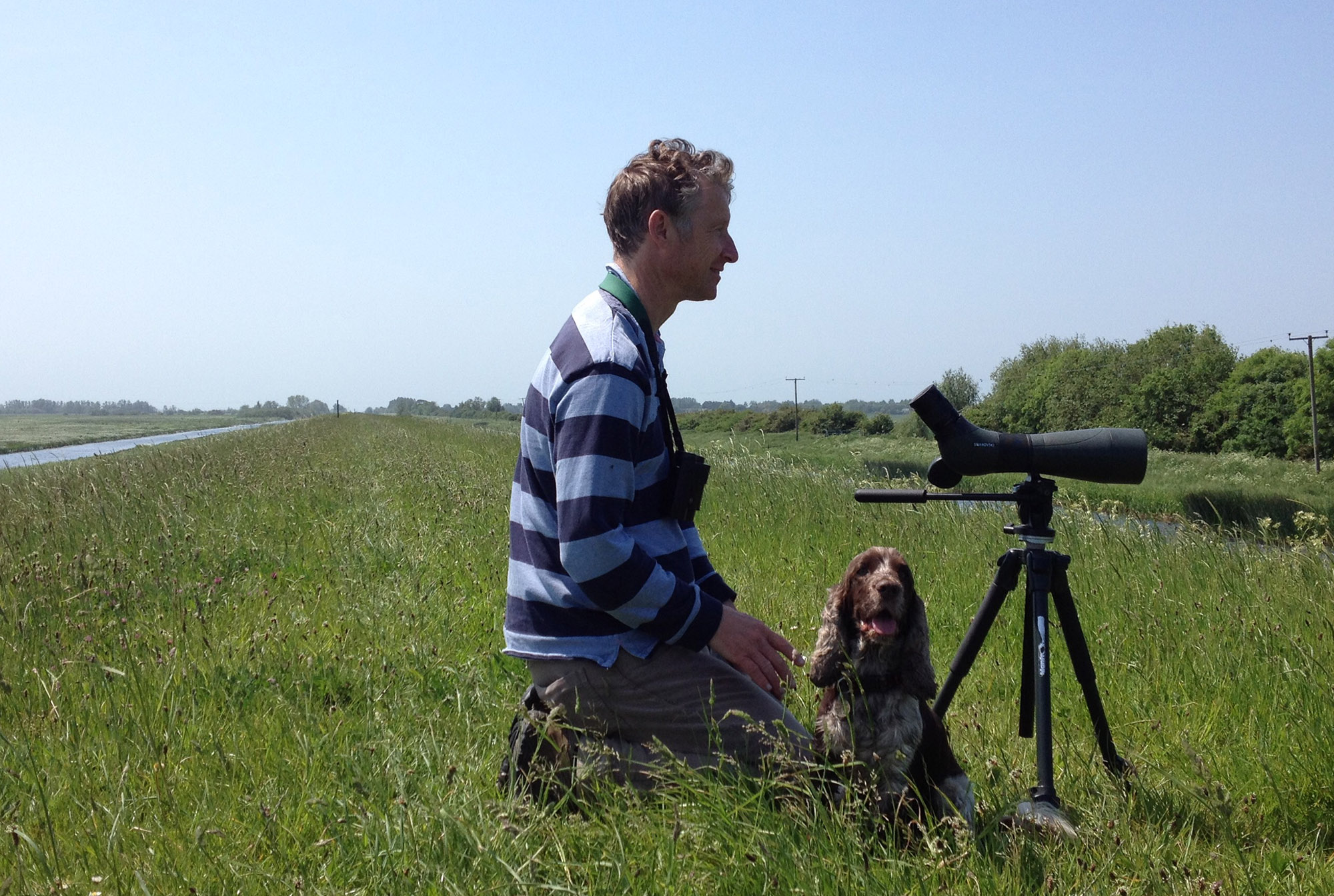 Last autumn I did end up in a place free from anthropogenic noise. I was walking along the western bank of the huge Ouse Washes nature reserve, south of Welney, in Norfolk. I had walked from the road but was now at least 3 km from it, and with a helpful wind direction the hum of traffic had long since faded out. A railway line crosses the washes a little farther on but it was a Sunday morning so few trains were running. There were no military jets from the nearby Breckland airfields (Sunday again) and no gas guns within earshot, presumably because, in early September, we were ‘between crops’; anything that might otherwise have been set upon by hordes of hungry Wood Pigeons Columba palumbus had either already been harvested or was yet to be planted.

It wasn’t completely silent but all the faint noises I could detect were natural – a light breeze blowing through the leaves of the willow trees, the distant sound of Rooks Corvus frugilegus and Jackdaws C. monedula on cereal stubbles a few fields away, and a group of small fish gently rippling the surface of the river. I was contemplating how unusual, almost surreal, this experience was when a distant, revving motorbike broke the spell. I waited for it to pass but then became conscious of a tractor heading slowly up the farm track towards me and that was that – back to normality.

As well as intruding on our enjoyment of the countryside, background noise can have adverse effects on wildlife. An increasing number of studies from around the world have shown that artificial noise can disrupt the way that birds communicate with each other, with potentially damaging consequences. A study of breeding House Sparrows Passer domesticus on Lundy island, in Devon, found that nestlings were fed less frequently by adults at nest sites near to a generator, presumably because they were less able to hear the begging calls of the young. This resulted in lower growth rates and these nests produced smaller broods and fewer recruits for the local population (Schroeder et al. 2012). It seems likely that species less used to living in close proximity to people than the adaptable (and easily studied) House Sparrow may be even more susceptible to such effects.

Birds may be able to adapt and adjust their behaviour to some extent, though this too can have consequences. An experimental study involving Tree Swallows Tachycineta bicolor showed that nestlings increased the rate of begging calls at noisy nest sites and also gave louder and higher-frequency calls (Leonard et al. 2015). While this kind of response may help negate the impact of background noise on feeding rates, it comes with the increased physiological cost of making the calls, as well as the potential to increase predation risk by giving away the location of the nest. Great Tits Parus major in Britain and on the Continent now sing measurably different songs in urban areas than in quieter rural locations: urban birds produce a higher-pitched song than their rural cousins, which have a lower-frequency song that degrades less quickly. It is their version of shouting above the traffic noise and the distinction is sometimes present over just a few kilometres between busy urban centres and the quieter suburbs (Mockford & Marshall 2009).

As well as the impacts of noise on individual behaviour, bird communities as a whole can be disrupted, tending to be less diverse close to high levels of noise pollution. An interesting study in New Mexico found that anthropogenic noise reduced the diversity of woodland bird communities but, for those birds that remained, breeding productivity was higher because the numbers of a key nest predator were reduced (Francis et al. 2009). In Europe it has long been known that many species of woodland and open-country birds breed at lower densities in habitat close to the noise from busy roads (e.g. Reijnen et al. 1997). The impacts of noisy environments are admittedly subtle and localised (though less and less so with every passing year) but they represent yet another human impact that tilts the balance in favour of species that are flexible and adaptable, while others lose out.

If you have any doubts about how difficult it is to find quiet places in our modern countryside, at least during daylight hours, then bear it in mind next time you are out birding. If you struggle to find quiet places, then does it bother you? If not, perhaps that’s down to ‘shifting baseline syndrome’. The expression was coined by a fisheries scientist and describes how our expectations tend to be based mainly on our own experiences, rather than on what the evidence suggests might be attainable or what existed in the past. The term is often used by conservationists when describing how expectations for wildlife populations (or habitats) are constantly reset – like a ratchet slowly and invisibly tightening its grip on the landscape. With a species that has been in long-term decline, for example, we may no longer aspire to return the population to its original level; the aspirational baseline is more likely to be reset at levels with which we are familiar from our own memories. As with the sounds of shrews, grasshoppers and Goldcrests for me, it’s hard to care about something that you are no longer familiar with. For many of us I think that now applies to peace and quiet in the countryside. We don’t miss it because we have forgotten what it sounds like.

To read each issue in full, you can subscribe to BB here