Many of the UK’s breeding birds are rare. Some have always occurred in small numbers, for example because they are top predators at the apex of their food chain or because they are highly ecologically specialised to restricted habitats. Others are rare because the UK lies at the edge of a more extensive distribution, either to the north (for example Arctic-breeding waders) or to the south (for example newly arriving herons and passerines). Yet others have become rare as a consequence of changes to their habitats. Monitoring the populations of such rare birds provides sensitive indicators of the changing state of the environment.

Since the early 1970s, the Rare Breeding Birds Panel (RBBP) has carried out an annual assessment of the available evidence about these species. It is an extraordinarily effective (and cost-effective) mechanism that brings together data from multiple sources and, for each species, derives a best estimate of national numbers. The founding objective of the Panel was ‘to collect in one place all information on rare breeding birds in the UK so that changes in status – both increases and decreases – can be monitored and so that essential information is not lost (as has happened in the past) through the deaths of individuals keeping such records secret’ (Sharrock 1973). This remains unchanged.

The data are maintained in a secure archive and are available for a range of conservation uses. They are also used by government as a component of Official Statistics related to state of environment reporting; in national reporting to multilateral environmental agreements as part of UK obligations under such international treaties; and for assessment of the status of protected areas. A comprehensive annual report, published in BB, summarises the annual status and trends of all UK rare breeding birds.

The Panel’s work is technically complex because, unlike many other national surveillance schemes, there is no simple, single or structured source of data. Rather, the national picture for each species has to be synthesised from very many elements, each of which is incomplete. Of critical importance is the information from birdwatchers in each county, and collated by the county recorder. Submitted each year to the Panel, these records are combined with those from other sources, such as nature reserve monitoring, Schedule 1 licences issued by government agencies, the BTO’s Nest Record Scheme and various national surveys. All these disparate data must be checked to avoid errors and duplication. As established at its inception (Sharrock 1973), it is only the Panel’s Secretary who sees submitted records – other Panel members simply provide guidance on various aspects of the scheme’s management.

The resulting data provide critical information, not only about the changing status of the birds themselves, but also about their key sites, many of which have formal types of protected-area designation. The RBBP data thus contribute to the management of these sites. However, the extent to which that information can be used for conservation purposes depends on the inclusion of accurate location details. While RBBP data have been critical to the audit and review of the UK network of Special Protection Areas (as summarised in its 2015 report: Brit. Birds 110: 706–754), JNCC also noted the severe limitations of Panel data for some species, such as Osprey Pandion haliaetus and Honey-buzzard Pernis apivorus, since the lack of detailed site locations precluded the identification of important sites (Stroud et al. 2016), greatly limiting the ability to identify potential new protected areas for such species. Unfortunately, this is a long-standing problem for some species and/or areas.

Publication of prompt reports and contributions to effective conservation action is also constrained by continued late return of some data, but this has much improved over the last decade with the result that the Panel’s outputs are now much more effective and valued.

Since the Panel’s inception its activities have grown and evolved. Its initial list was of 42 rare species known to have bred since 1960 (Sharrock 1973). The first report summarised records for 33 species while the most recent (that for 2016) covered 86, reflecting not only more rare species but different criteria for inclusion. Interestingly, the 1973 report (Brit. Birds 68: 5–23) also noted lack of submitted records for a further nine very rare species. For several of these, such as Honey-buzzard and Spotted Crake Porzana porzana, record submission still is a challenge. Even now, the Panel would appreciate being sent historical records of any rare breeding species given the founding objective ‘… that essential information is not lost…’. 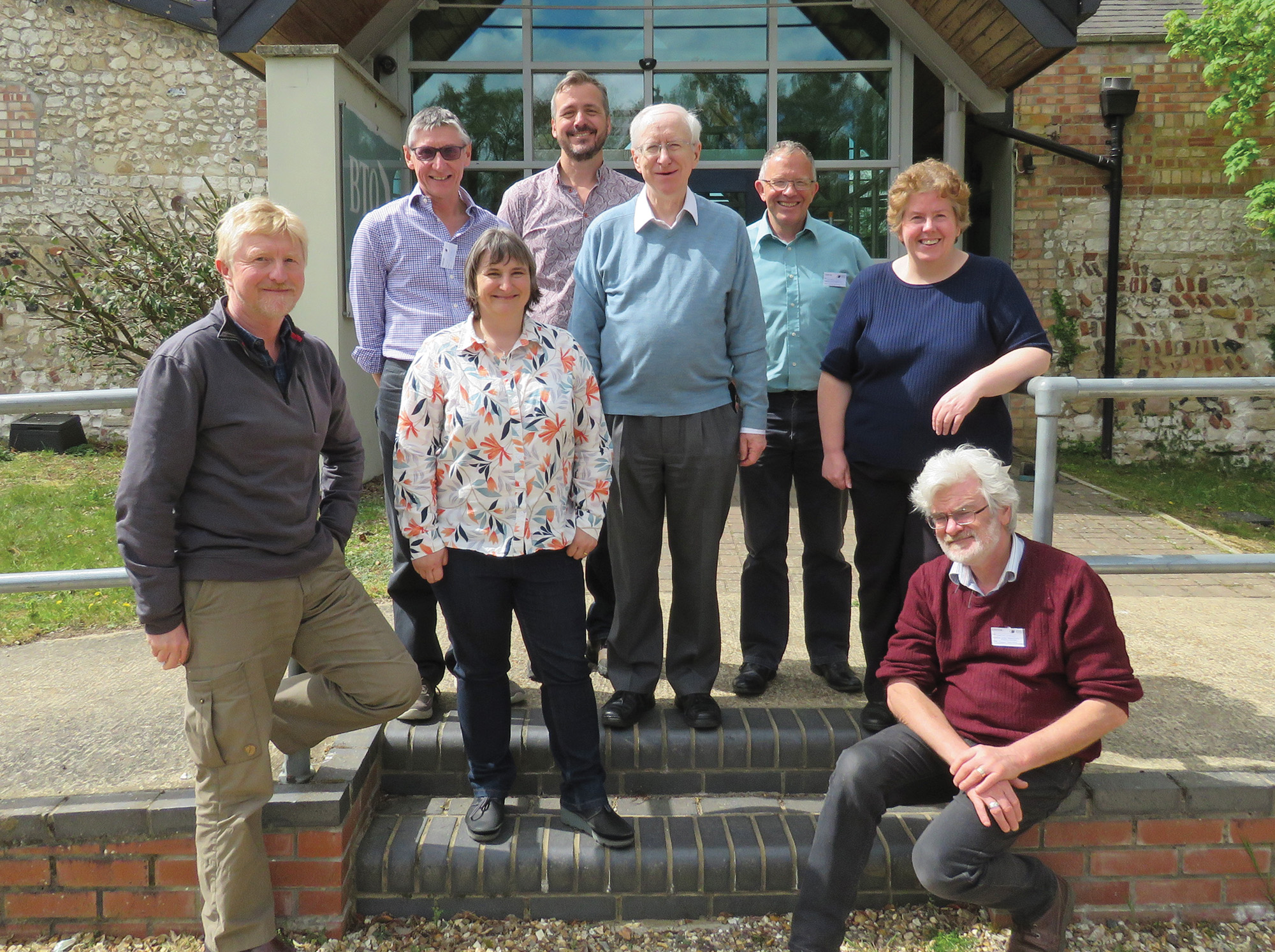 Comparison of the Panel’s first and most recent reports, nearly half a century apart, is instructive. Some species listed in 1973 have shown sustained increases (Hobby Falco subbuteo, Avocet Recurvirostra avosetta and Mediterranean Gull Ichthyaetus melanocephalus). Indeed, for Red Kite Milvus milvus this has been to the extent that the Panel no longer collates records. However, British populations of other species have become functionally extinct (Temminck’s Stint Calidris temminckii, Wryneck Jynx torquilla, Red-backed Shrike Lanius collurio and Golden Oriole Oriolus oriolus), and we now monitor species that were very much more abundant in 1973 (for example Turtle Dove Streptopelia turtur, Willow Tit Poecile montanus and Hawfinch Coccothraustes coccothraustes).

It is interesting to speculate on which species will be on the Panel’s list in another 50 years. For reasons of ecology and habitat limitation it is likely that the two eagle species will always be rare. Changing climate may likely see the continued increase of Avocet, Mediterranean Gull, Hobby and Dartford Warbler Sylvia undata, to the extent that they may become sufficiently abundant to be monitored effectively by the Breeding Bird Survey rather than RBBP. For the same reasons, if projections are correct, we could be recording newly establishing populations of Melodious Warbler Hippolais polyglotta, Zitting Cisticola Cisticola juncidis and Ortolan Bunting Emberiza hortulana. In contrast, climate change may well see the loss of many northern breeding species such as Dotterel Charadrius morinellus, Whimbrel Numenius phaeopus, Red-necked Phalarope Phalaropus lobatus and Wood Sandpiper Tringa glareola. Habitat management as a mitigation response to climate change has the potential to slow the loss of these and other species, however (Ausden et al. 2015). And unless seriously enhanced conservation action is very rapidly taken, at present rates of decline it is likely that the Panel will be collating individual records of Eurasian Curlew N. arquata – as indeed is already happening in Ireland following the near-complete collapse of the breeding population there.

In April, the Panel held its 75th meeting. From tentative beginnings it has become a key element in the UK’s bird-surveillance framework, complementing schemes for more abundant breeding species. Its operation depends critically on county recorders and many other data providers without whom our annual report, appearing in these pages, would simply not be possible. Thank you all.

David Stroud, on behalf of the Rare Breeding Birds Panel Further information about RBBP can be found at www.rbbp.org.uk.