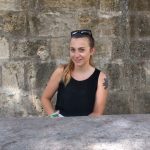 Wholesome, healthy and good for local livelihoods… This is the image of British beef held by the majority of the British population; and fair enough, there is nothing false about this statement. However, in this internet age, where anybody can share their thoughts with their friends and beyond, momentum has been gathering around a movement challenging the norm with regards to the food we eat and the lifestyle choices we make. This movement is Veganism.

Veganism is nothing new – it’s been an important part of some cultures for hundreds of years and has been gaining popularity in the UK since the middle of the last century. Recently, however, the number of vegans has grown more quickly and there are now over 500,000 in the UK compared with around 150,000 a decade ago.

After years of convincing myself that I felt comfortable eating free-range meat, I finally took the plunge into veganism two years ago – and I haven’t looked back. As you might expect, it started with the traditional motivations for following a vegetarian diet: an aversion to animals being treated cruelly and a concern about industrial farming. Gradually, I began to realise the real impact of my old lifestyle, not only on the animals I was consuming, but also on species unconnected with the food industry, which were being threatened both locally and globally by seemingly small actions such as drinking a glass of milk.

Take, for example, the soybean plant. This plant, often associated with vegetarian cuisine, is grown predominantly in the Americas. Soy plantations account for much of the deforestation happening in this part of the world, alongside forest clearing for cattle grazing. Pair this with the vast amount of water needed to grow this crop, and the fact that US patent law means that the majority of American soy is genetically modified, and it’s left with a pretty terrible reputation. But what I hadn’t realised is that nearly all soybeans are grown for cattle feed. They are then exported all over the world and eaten by cows in their masses – which eventually become not-so-British beef and dairy.

I don’t need to tell BB readers about the importance of rainforests for biodiversity, species conservation and climate-change prevention. The Atlantic Rainforest, extending from Brazil’s eastern coastline into Paraguay and Argentina, is the habitat for thousands of plant and bird species, including the Endangered White-collared Kite Leptodon forbesi and the Critically Endangered Cherry-throated Tanager Nemosia rourei. Less than 10% of the original rainforest remains today, the rest has been felled to make way for soy plantations and cattle ranches. And with an ever-growing global population, demands on the environment are going to be higher. Ironically, the more soy consumed as a meat and dairy substitute, the smaller the area needed to grow soybeans, which means that the Atlantic Rainforest could be allowed to regrow and redevelop.

So when we have our cereal in the morning, we’re making a choice. We can either directly consume a small amount of soy in our ‘milk’ (alternative plant-based milks include oat or hemp, grown in France, Sweden and Devon) or indirectly chow down on the vast amounts of soy needed to raise a cow into adulthood, plus the additional water needed to grow those crops. It’s true that plant milks don’t necessarily have the full spectrum of nutrients found in animal milk, but personally I’m happy with that as it goes some way towards preserving the natural habitat of endangered and endemic species on the other side of the globe (not to mention the impact on cows and their offspring).

Perhaps one of the most transparent examples of how consuming one species affects others, especially birds, relates to fish. At the end of 2017, the Kittiwake Rissa tridactyla appeared on the IUCN Red List for the first time after a 40% decline in its global population since 1970. Overfishing and changes in sea temperature have led to decreasing availability of the main prey fish of Kittiwakes, particularly sandeels, during their breeding season, in turn resulting in disastrous chick survival rates. This issue isn’t limited to Kittiwakes, it’s a worrying trend found across many seabird species.

Bycatch, the accidental capture of birds and other wildlife in fishing nets or lines, is another major issue for marine life caused by the fishing industry. For over ten years, the BirdLife Marine Programme has been successfully reducing the severity of albatross bycatch thanks to the phenomenal output of the Albatross Task Force. Through its work with local fishermen and through implementing simple, but ingenious measures, bycatch in a South African trawl fishery has been reduced by 90%. In 2017, the team played a significant part in a new study outlining how serious the effects of bycatch are for the next-most endangered sea bird group, penguins. The issue is prevalent across the southern hemisphere, but of particular concern for the Humboldt Spheniscus humboldti and Magellanic Penguins S. magellanicus in South America and the Endangered Yellow-eyed Penguin Megadyptes antipodes, endemic to New Zealand. While simple fixes such as the Hookpod – a mechanism that releases a baited fishing hook at a depth that surface-feeding seabirds cannot reach – have a significant impact in reducing bycatch numbers (BB eye December 2015, Brit. Birds 108: 702–703), there will always be a much bigger, political issue surrounding fishing. The conservation solution? Eat less fish and leave it for the penguins, albatrosses and Kittiwakes.

Other issues are much closer to home. We kill native, apex predators such as Foxes Vulpes vulpes and Badgers Meles meles to protect non-native species, such as the cows and chickens bred for our convenience. This can occur directly, as in badger culling, or indirectly, as in a bird of prey being caught in a trap or being poisoned by eating the bait intended for another species.

The meat and dairy industry is also a terrible polluter. It’s up there with transport in terms of carbon emissions and, once methane is taken into consideration, it’s actually much worse. As far as damage to the environment is concerned, the impact of cows passing gas is comparable that of with thousands of aeroplanes in the sky at any one moment. What’s more, as a result of poor living conditions, many of the livestock eaten in the UK are pumped with antibiotics, polluting our waterways as the cows urinate and doing us no favours in terms of the looming threat of antibiotic resistance. If we’re talking about how veganism can help species conservation, then let’s include the human species in that too!

Of course, becoming vegan is not the answer for everybody, and this editorial paints only one side of the picture, albeit the less frequently painted side. Veganism can be expensive, especially if you eat the meat and dairy substitutes. You may find that your body just doesn’t get on with it, or your lifestyle means that it’s simply not a practical option – a vegan diet suitable for a coeliac with a soy allergy wouldn’t be the easiest to follow! However, just cutting back on your carnivorous lifestyle, even just a little, for example by having a meat-free Monday or choosing plant milk, can make a big difference. And what better way to take real conservation action without really having to do anything at all?

Sophie Channon is the Fundraising Officer for BirdLife International. In her spare time she plays the viola and enjoys running in the countryside