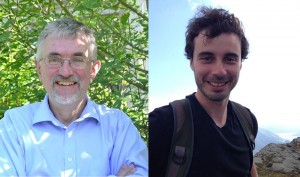 By Andre Farrar and Brendan Costelloe

In the early 1970s, the news of a proposal to build London’s third airport off the coast of Essex, at Foulness on Maplin Sands, was greeted with dismay by conservationists. At that time, dismay seemed the only possible reaction, largely because we simply didn’t have the evidence to state clearly what was at risk and why the proposal was flawed. Maplin collapsed under its own economics following the oil crisis that began in 1973 and so the Thames Estuary escaped death by airport; but it was brutally clear that saving our best places for wildlife without hard evidence was not a credible strategy.

The 1970s was a decade of transformation in our understanding of the scale of threats to the natural world, and how we could protect it. Central to this was evidence. In 1971 the Convention of Wetlands of International Importance was signed on the shores of the Caspian Sea in Iran. It established criteria for designating sites for protection, based on evidence. Closer to home, the Birds of Estuaries Enquiry began in winter 1969/70, as a direct response to a number of proposed major developments around the UK’s coastline. Together with National Wildfowl Counts, these surveys provided the foundations for modern-day WeBS (Wetland Bird Survey) counts, through which an army of volunteers now generate the hard evidence necessary to defend our finest wetlands.

The 1970s ended with a series of international conventions. The Bern Convention (covering the Conservation of European Wildlife and Natural Habitats in Europe and some African states) and the Bonn Convention (on the Conservation of Migratory Species of Wild Animals) were both hugely influential in driving forward effective nature conservation. At the same time, in 1979, the European Economic Community passed the Birds Directive into law. The UK signed up to the Birds Directive in the last days of the Callaghan Labour Government, in what was arguably the pivotal moment in the history of UK nature conservation in the twentieth century.

An essential principle of the Birds Directive was to ensure a level playing field across the then Common Market – sending a clear signal that it was unacceptable to destroy natural resources in pursuit of competitive advantage. The Birds Directive was joined in 1993 by the Habitats Directive and, together, these two instruments have formed the backbone of nature conservation in many European countries to the present day. But any legal framework is only as good as its implementation, and so the key question is: have they worked?

At a broad scale, one statistic stands out – the loss and damage of Sites of Special Scientific Interest (SSSI) in the UK was running at 12% a year in the 1970s. Conservation seemed often to be little more than a process of bearing witness to the progressive loss of our natural world. The 1981 Wildlife and Countryside Act (which translated the Birds Directive into UK law) helped to stop the rot and the rate of loss of our finest wildlife sites slowed dramatically.

And, at a finer scale, there is now a body of evidence to show that, when properly implemented, the Birds Directive has been effective at improving the fortunes of species, listed under Annex 1, as requiring special conservation measures. Recently published research in the journal Conservation Letters clearly demonstrates that, for Annex 1 species, the Birds Directive has not only been highly effective at improving their conservation status, it is the single biggest determinant of their fate. This is regardless of habitat preference, and takes into account factors such as life history and migratory status, as well as external drivers of population decline such as climate change. Furthermore, Annex 1 species fare better in countries that have been EU members for longer – while previous research published in the journal Science showed that they also do better in countries with more and bigger SPAs. In the UK, iconic species such as Red Kite Milvus milvus, Eurasian Bittern Botaurus stellaris, Avocet Recurvirostra avosetta, White-tailed Eagle Haliaeetus albicilla , Dartford Warbler Sylvia undata and Woodlark Lullula arborea have all benefited enormously from the protection they are afforded by the Birds Directive.

The evidence is unequivocal: the EU’s Nature Directives are effective when implemented properly. However, there are serious gaps in implementation, especially in the marine environment. It is in this context that over 100 organisations have provided evidence to the REFIT consultation of the EU Nature Directives to stress that the Directives are fit for purpose and the focus should be not on reform but on implementation. Even a cursory look back to the years before the Directives kicked in should give us pause for thought – any weakening of the thin legal line that has sustained some of the EU’s finest wildlife is a cause for substantial concern. The REFIT consultation is now over, the arguments have been made and hundreds of thousands of individuals across the EU have made their views clear to the Commission – the Directives must not be revised and put in grave danger of being weakened.

Of course, given the huge challenges that face the natural environment, now is not a time to relax. The Directives provide a toolbox for protecting and restoring habitats and species, but while some of these tools are well used, others are under-utilised and some have never been brought out of the box. We need to focus on implementing the Nature Directives properly, so that they can fulfil their potential to protect and restore nature. For instance, this means filling in the gaps in the protected areas network, making sure these sites are properly managed for wildlife, and making sure that action to protect nature is not confined to protected areas, but is extended to the wider landscape – just as the Directives intended originally. We also need to do far more to stop the drivers of decline. Even with the best legislation in the world, if we don’t address issues such as the Common Agricultural Policy providing perverse subsidies that lead to environmental degradation, we will always be swimming against the tide.

Moreover, the Directives have the potential not only to protect the nature that we still have left, but also to restore some of what we’ve lost at such an alarming rate in the last 60 years. A great example of this restorative approach came earlier this year when the sea wall at Wallasea Island was breached, and the sea returned to part of the Essex coast within a wingbeat or two of Maplin Sands, just across from neighbouring Foulness. As the tide trickled into a landscape restored using the spoil from Crossrail’s tunnels, a new era for this part of our coast began. Funding from the Environment Agency kick-started the project – directly driven by its duty under the Nature Directives to restore coastal habitats lost, in this case caused by sea-level rise due to climate change. Indeed, the inspiration for Wallasea as a location for this transformative project was the earlier use of part of the island as suitable compensation for migratory birds disadvantaged by the loss of Lappell Bank in Kent’s Medway Estuary.

Compensation for Lappell Bank was hard-won, subsequently becoming vital case law in understanding the implementation of the Directives and making sure they do what they are supposed to do. Across the UK and, indeed, across the EU there are many examples of species and landscapes that have survived because they are protected by the Directives, or their recovery has benefited from funding directly linked to the Directives.

At the inception of the Birds Directive we were engaged in a great deal of soul-searching about the future of nature conservation in Britain. Since then, nature has continued to decline and a renewed and reinvigorated approach is needed to tackle today’s challenges. What is certain, however, is that ripping up the Nature Directives in a flawed attempt to revise them would be the worst possible place to start.