For some months now a debate has been going on in Poland regarding the future of the Białowieża Forest. This is because a very considerable increase in logging is planned in this unique woodland complex, under the pretext of combating the European Spruce Bark Beetle Ips typographus. Earlier this year, in late March 2016, the new Minister of the Environment, Jan Szyszko, approved a plan for a three-fold increase in the amount of timber acquired from the Białowieża Forest, from the 60,000 m3 hitherto agreed in Poland’s ten-year forest management plan to over 190,000 m3 during the next ten years.

Straddling the border between Poland and Belarus, the Białowieża Forest is all that remains of the primeval lowland forests that once covered almost the whole of Europe. At present, it is the only place in Europe where patches of primeval forest still survive, and which are inhabited by communities of organisms characteristic of natural woodlands. Many species of plants and animals that have long disappeared from other European woodlands continue to flourish there. The Białowieża Forest supports inter alia more than 1,000 vascular plant species, some 4,000 species of fungi, more than 10,000 insect species and around 60 species of mammals, including European Bison Bison bonasus, Grey Wolf Canis lupus and Eurasian Lynx Lynx lynx (Gutowski & Jaroszewicz 2001). 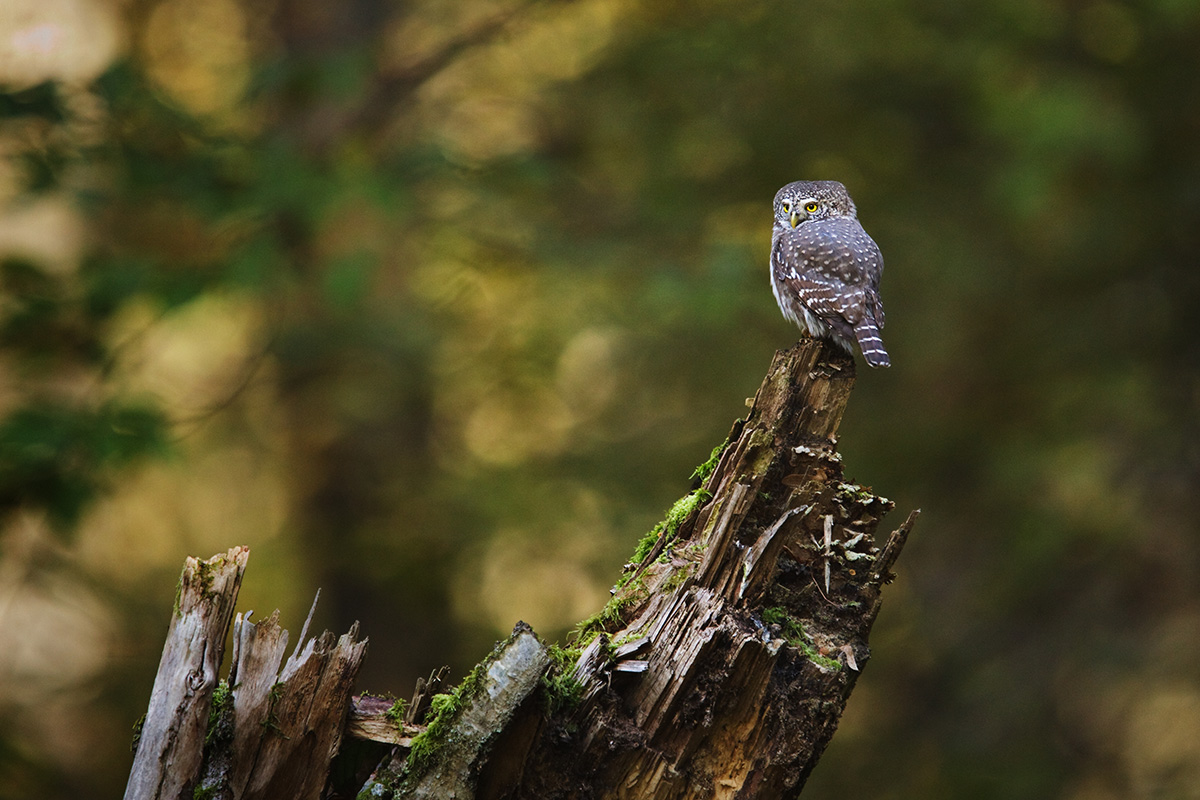 The Białowieża Forest is also a bird refuge of international importance. In the Polish part of the forest (c. 62,000 ha) more than 240 species of birds have been found, including 180 breeding species. For a number of species, the Białowieża Forest is the main or one of the main breeding habitats not just in Poland, but also in Europe (table 1). Most of the breeding species are associated with the interior and edges of the forest, and many are threatened at a European scale. The Białowieża Forest is a breeding habitat for many different birds, including five species of owl, ten species of woodpecker, six species of tit and four species of flycatcher. Many of these require old trees with plentiful nesting holes and dead wood (Tomiałojć & Wesołowski 2005; Rowiński 2010) and the spruce bark beetle plays a key role in shaping the long-term dynamics and structure of forests for such species (Beudert et al. 2015). 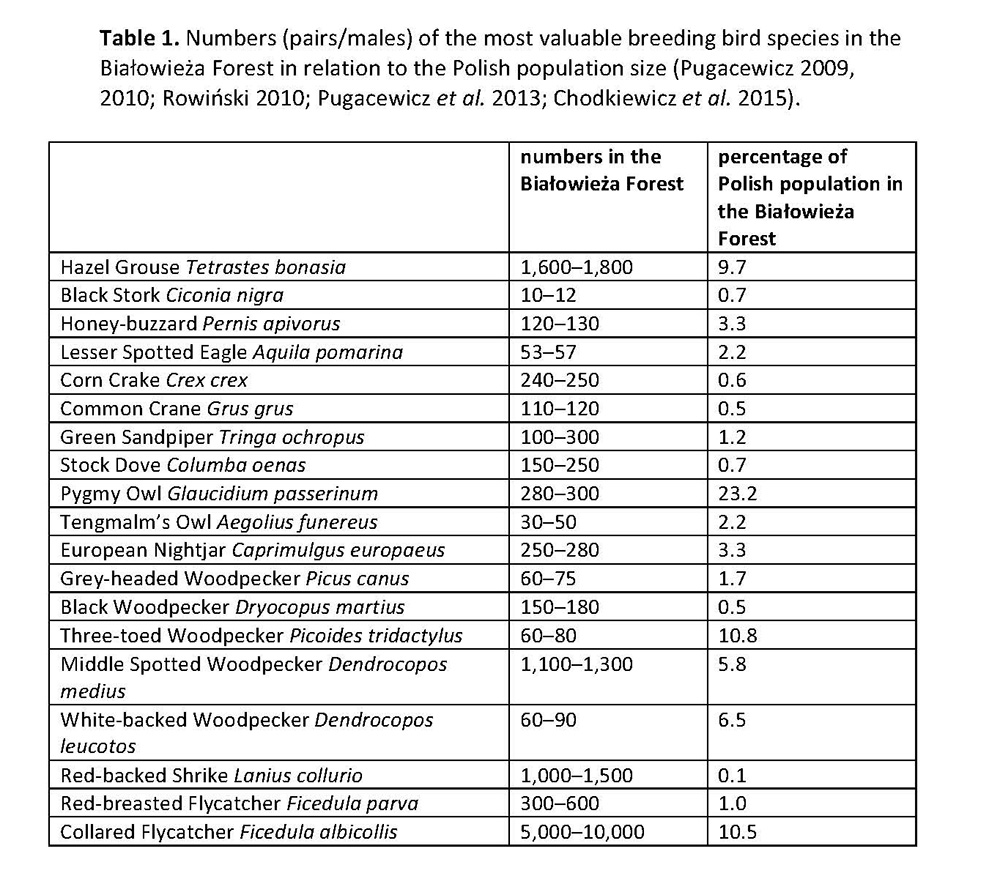 The Polish part of the Forest has been declared a UNESCO Biosphere Reserve as well as a Natura 2000 Site and an Important Bird Area. In addition, an area of 10,500 ha is protected in the form of a National Park. In 2014, the Białowieża Forest was declared a UNESCO World Heritage Site, the only Polish natural area designated as such.

It should surely go without saying that such an area, unique in Europe, should be afforded the highest possible degree of protection. Sadly, this is not the case. For at least 15 years now, a campaign has been waged to preserve and consolidate the exceptional character of the Białowieża Forest in that the largest possible area of the Forest is protected as a National Park. Unfortunately, to no avail. Currently, only one-third of the Forest is strictly protected (in the form of a National Park and Nature Reserves), while the remaining part (c. 39,500 ha) is managed in accordance with standard forestry practices. During the past 100 years, many millions of cubic metres of timber have been logged in the Forest, and the most recent proposal from the State Forest Administration, to substantially increase logging operations, and its approval by the Minister of the Environment, has triggered a storm of protest in Poland. The Minister has ignored the opinions of, among others, the Biology Departments of the most prestigious Polish universities, the State Council for the Conservation of Nature, the Scientific Council of the Białowieża National Park and also the Nature Conservation Committee of the Polish Academy of Sciences. He has also rejected the views of the largest nature conservation organisations in Poland as well as those of the Polish people, more than 150,000 of whom signed a petition in protest against the planned logging operations. Similarly ineffective was a letter from the European Commission stating unequivocally that any increase in logging in the Białowieża Forest would constitute a threat to priority habitats and valuable species of animals and would therefore be at odds with European environmental law.

What arguments underlie this controversial decision on the part of the State Forest Administration and the Minister of the Environment? The chief one is combating the ‘plague’ of the spruce bark beetle. According to foresters and the minister, the population explosion of this beetle can be brought under control only by felling Norway Spruce Picea abies trees; moreover, they claim that the logging plans should include other tree species (both coniferous and deciduous), together with removal of dead timber, in order to guarantee the health of the forest. On the other hand, scientists are clear that such an approach has no scientific justification, as supported by relevant research and published papers. They contend that such intensive logging would be effective only if it removed at least 80% of the trees attacked by the spruce bark beetle in the entire forest complex. This, however, is simply not feasible in the Białowieża Forest, because of its high conservation status (Fahse & Heurich 2011; Chylarecki & Selva 2016; Wesołowski et al. 2016). Scientists also draw attention to the fact that the densities of many woodland bird species are far lower in the managed parts of the Forest, from which dead spruce trees have been removed in the fight against the spruce bark beetle, than in the Forest itself (National Park, Nature Reserves), where protection is all-embracing and no logging takes place (Wesołowski et al. 2016). Sadly, but perhaps unsurprisingly, these arguments have fallen on deaf ears. 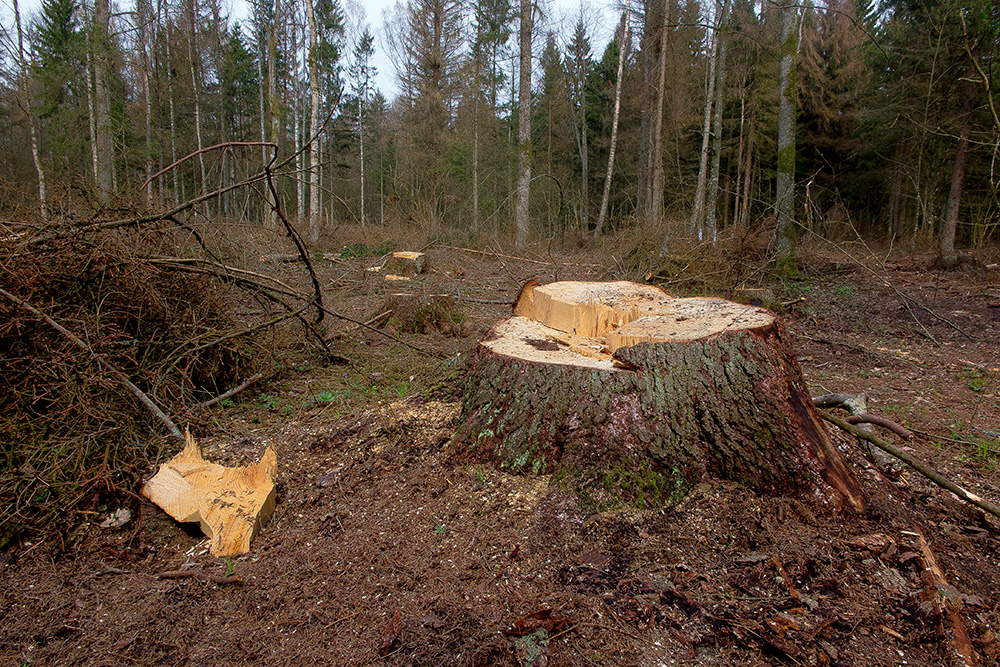 There is no doubt that the decision taken by the Polish Minister of the Environment for a three-fold increase in the logging of trees in the Białowieża Forest will, if it is implemented, be detrimental to the assemblage of birds and other organisms inhabiting this primeval forest complex. In the opinion of scientists, the area of the naturally most valuable stands of more than 100-year-old trees would decrease by about 20%. The removal over a period of ten years of several thousand old trees would bring about a deterioration in the living conditions of all specialised organisms living in the interior of old woodlands in the Białowieża Forest (Wesołowski et al. 2016).

Hard times lie ahead for the Białowieża Forest. If we do not join together to oppose such decisions, the last primeval forest in Europe will soon be history. Please consider signing this online petition to support the protection of the Białowieża Forest: http://kochampuszcze.pl/ilovebialowieza

On 10th May, the Minister of the Environment dismissed 32 of the 39 existing members of the State Council for the Conservation of Nature – the vast majority of them were outstanding scientific authorities, who have protested against an increase in logging in the Białowieża Forest.Acknowledgments

I wish to thank Peter Senn, Przemek Chylarecki, Adam Wajrak and Jacek Zięba for giving me help in preparing the text.

Pugacewicz, E. 2009. Results of the inventory of birds from the Birds Directive nesting in clearings and river valleys of the Bialowieza Forest in 2008’ Dubelt 1: 53–61. [In Polish]

Łukasz Ławicki is a member of the West-Pomeranian Nature Society and a co-worker of the Polish Society for the Protection of Birds (BirdLife Poland).