The overall winner of the 40th British Birds Bird Photograph of the Year competition was in fact the first choice of all six judges. Anthony Loaring’s shot of a Common Kestrel attempting to snatch a vole from a Barn Owl is an exceptional photograph, packed with action, truly a story within a single image. Anthony’s image is a fitting winner of the 40th BPY award, which is sponsored by Christopher Helm, Collins, The Eric Hosking Charitable Trust and Simon King. 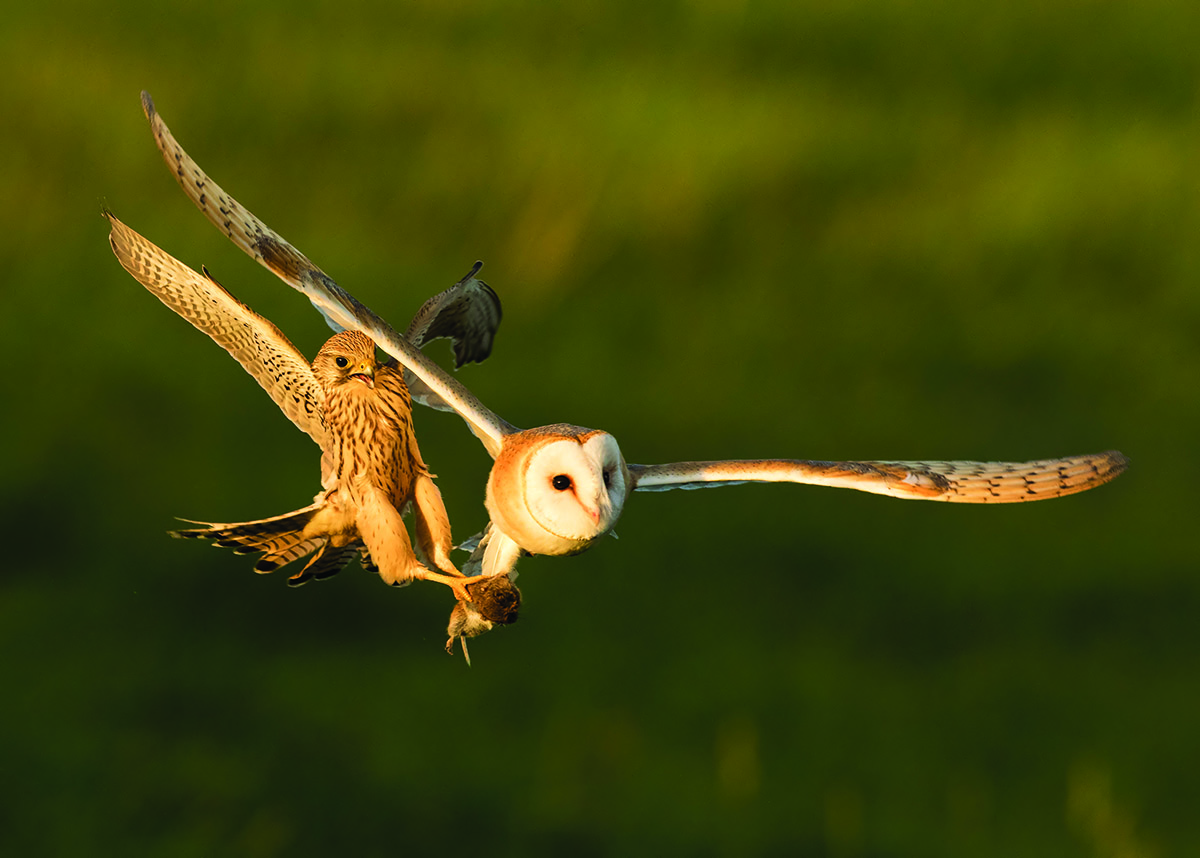