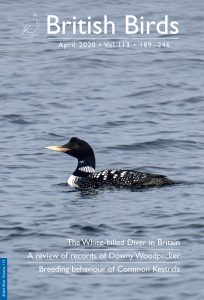 Letters  A window on The Wash; Further news on lead amunition

BB eye  ‘If it flies, it dies’: employment-related pressures on gamekeepers to commit raptor persecution offences