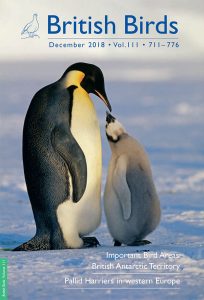 Important Bird Areas: British Antarctic Territory BAT is a UK Overseas Territory that includes the Antarctic Peninsula and Weddell Sea, extending from 60ºS to the South Pole. It has 19 species of regularly breeding birds and is particularly significant for Emperor, Gentoo, Chinstrap and Adélie Penguins, Southern Giant Petrel, Cape Petrel, Southern Fulmar and Snow Petrel. Several of these species are globally Near Threatened and require urgent action to improve their conservation status.