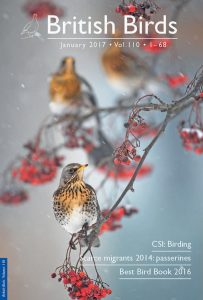 Report on scarce migrant birds in Britain in 2014: passerines The year 2014 was a record year for three of the passerines featured in this report: Red-breasted Flycatcher, Little Bunting and ‘Siberian Chiffchaff’, although there are just seven years of data for the last taxon. It was the second-best year on record for Barred Warbler and Olive-backed Pipit. At the opposite end of the spectrum, it was one of the poorest years on record for Melodious Warbler, Aquatic Warbler, Bluethroat and Ortolan Bunting.