Abstract Photographic evidence shows that the breeding population of Common Guillemots Uria aalge on Skomer, Pembrokeshire, in the 1930s was considerably larger than it is today, and may have comprised around 100,000 individuals. A substantial decline occurred between 1939 and 1946 and is thought to reflect wartime oil pollution, a previously unrecognised effect of the Second World War on UK wildlife. Using the number of ships sunk as an index of oil pollution is consistent with this hypothesis. Since the mid 1980s, Guillemot numbers on Skomer have increased at around 5% per annum, but at 23,746 individuals in 2015, this is a still a long way short of the numbers in the 1930s. This study highlights the value of ongoing, long-term monitoring of seabird populations and the necessity of careful archiving of the data.

You can also read Mike McCarthy’s article in the Guardian, which was based on Tim’s paper. 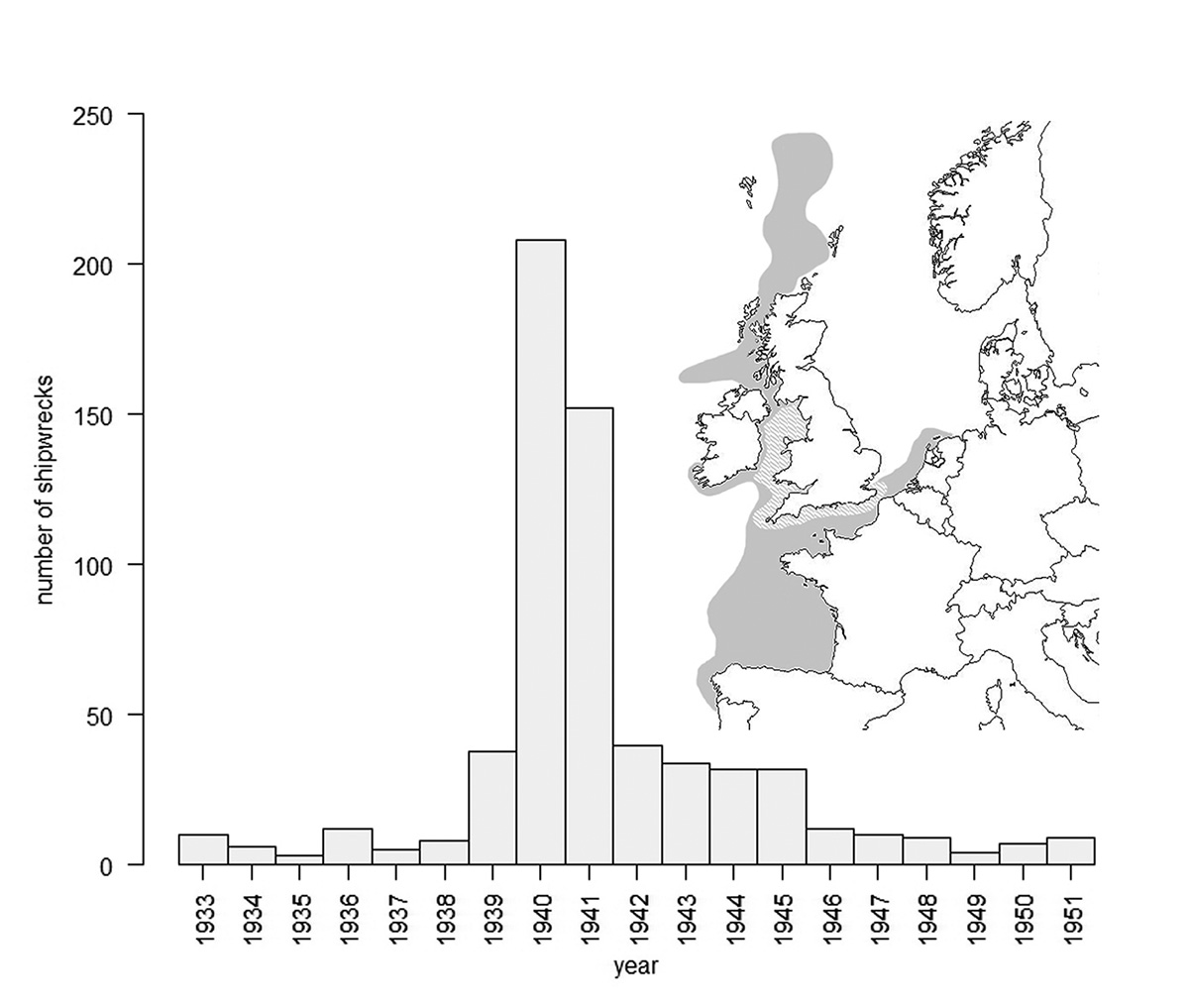 The annual number of shipwrecks, as an index of oil pollution, occurring in the English Channel and off western Britain between 1933 and 1951 (from Larn & Larn 1995). The shipwreck area (pale grey) is a small subset of that covered throughout the year by Guillemots that breed on Skomer (darker grey: based on ringing recoveries and GLS tracking; from Votier et al. 2008; T. R. Birkhead et al. unpublished).