As this year’s annual Corn Crake survey gets underway RSPB Scotland is concerned that the future of the species is far from assured. 2017’s survey revealed a drop in numbers with only 866 calling males recorded in Scotland.

The conservation organisation is highlighting that until there is clarity on the future of rural support from the Scottish Government, and a firm commitment to continue to support High Nature Value (HNV) farming in future further declines could well be seen. 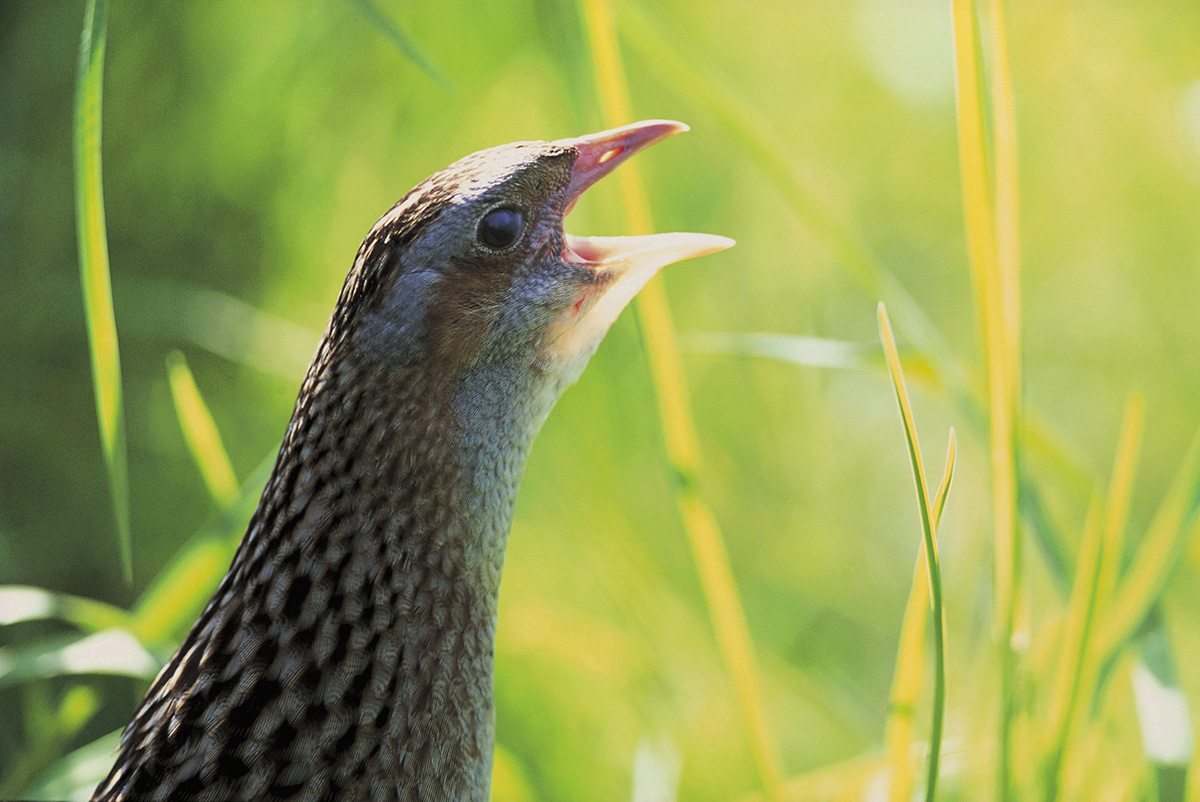 Corn Crakes used to be widespread across the UK, but changes in agricultural practices through the 20th century led to a massive reduction in both their range and numbers. By the early 1990s the birds were only clinging on in isolated pockets on Scottish islands and the far North West coast.

Although the birds remain one of our rarest species, thanks to cooperation between crofters, government, statutory agencies, conservation organisations and agriculture organisations, there has been a significant upturn in numbers from the low of fewer than 500 in the early 1990s.

Corn Crakes are a summer migrant to Scotland, making the long journey from central and southern Africa to breed here with the majority found in crofting and farmland areas. Since the 1990s crofters and farmers have received support through agri-environment schemes to create corncrake friendly conditions on their land. These include delaying their mowing dates, and creating corridors of vegetation for the birds and their chicks to move through and take cover in.

As a result the population has been slowly increasing with the number of calling males recorded reaching a high of 1,289 in 2014. However, since then numbers have fallen back with last year’s survey revealing that they were at their lowest level since 2003.

Possible reasons for the decline may be found in their wintering grounds in the Southern Hemisphere, or in migration. But closer to home, late springs could potentially have an effect, and there are concerns that a gap between successive management contracts between schemes has a detrimental impact on the area of land being managed to help the species.

Since last year’s survey results RSPB Scotland, Scottish Government, Scottish Natural Heritage and agricultural consultants have been working closely to help as many crofters and farmers as possible apply for financial corncrake support during the latest application window. It is hoped that this targeted approach will have increased numbers in the 2018 round.

Chris Bailey, Advisory Manager for Scotland, RSPB Scotland said: ‘The crex crex call of the Corn Crake is an incredible sound, but sadly one that few people experience nowadays. We cannot let all the hard work that has been put in by all sides over the last 25 years be undone and go to waste.

‘While RSPB Scotland recognises the funding challenges, we need Scottish Government to articulate a long-term vision for rural support, and commit to a clear plan for how species and habitats that are dependent on appropriate land management systems will be safeguarded. The continuation of agri-environment schemes is vital for the corncrake and the machair habitats they rely on, along with so much of our farmland wildlife.

‘This, as part of a comprehensive policy framework to support HNV farming, would deliver improvements for nature, agricultural communities and the public good. A wider HNV farming support system would also help species such as curlews and great yellow bumblebees, and be invaluable to farmers and crofters in the Highlands and Islands.’

If Corn Crakes are to have a long term viable future in Scotland continued efforts are required to maximise the habitat they need and minimise the risk of their nests being destroyed and chicks lost through mowing practices and lack of coverage. RSPB Scotland has been working to support crofters and farmers put in place corncrake friendly measures with partners through initiatives such as the Western Isles Crofting for Wildlife and Corncrake and Skye Crofting.

The conservation organisation is also making improvements on its own reserves to help these birds. This year on Coll a number of new areas have been planted to increase the area of early cover for corncrakes, which will be of particular importance now as the breeding season gets underway.

Chris continued: ‘Corn Crakes are relying on us. The sharp declines in the last few years show just how vulnerable the population is and that there cannot be any let up in the drive to safeguard and save them as a breeding species in Scotland.’