Abstract Fair Isle is an internationally famous site for bird migration. Ornithologists have visited the island for over 100 years and Fair Isle Bird Observatory (FIBO) staff have systematically counted migrants on a daily basis for more than 60 years, producing a long-term dataset comprising over one million records of more than 400 species. Recently, this dataset was fully digitised and FIBO began a new project to analyse the data. The first major analysis focused on the timing of trans-Saharan migrant songbirds. Migration timing was measured for 13 species, using ten phenology metrics that completely spanned the full migration periods of each species in spring and autumn across 60 years. In most species in both seasons, the earliest migrating individuals became earlier through the years and/or the latest migrating individuals became later (often by a magnitude of multiple weeks), but the timing of the ‘core phase’ of the full migration period changed little. This complexity was detected only because migration timing was measured using multiple metrics. Use of just one metric, such as ‘first observation date’, would not have revealed the complete picture of simultaneous advancements, delays and stability in migration timing. Potential underlying mechanisms and the wider implications of these results are discussed in the context of global climate and environmental change. 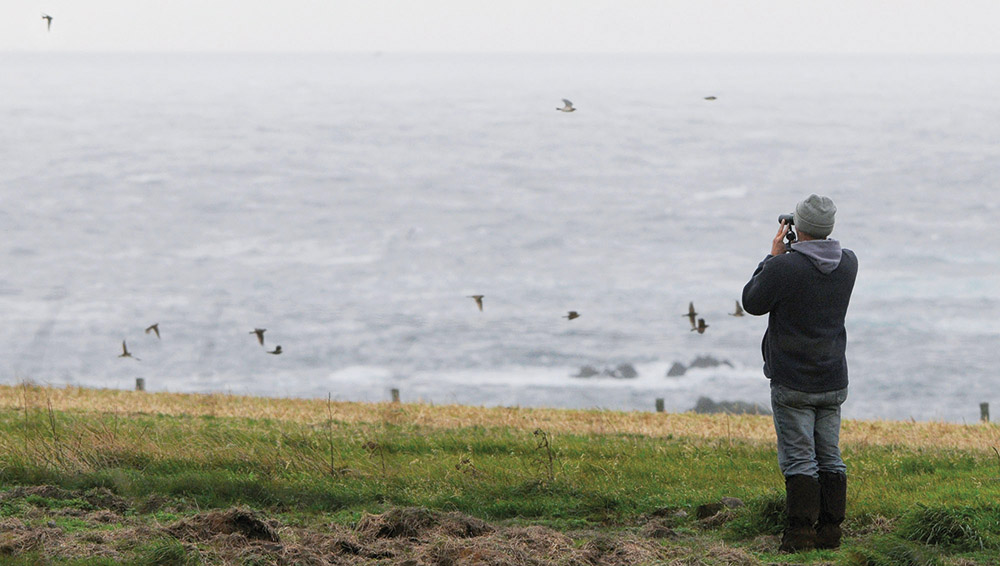 A Fair Isle census, September 2009. On a good day in spring or autumn, migrant birds can be seen everywhere on Fair Isle. During ‘fall’ conditions, numbers of birds recorded by the FIBO wardens during the daily migrant census can easily reach into the thousands. Rebecca Nason