Abstract A marked surge in the number of breeding Firecrests Regulus ignicapilla since 2000 is apparent in some parts of southern England. Intensive survey work in a large study area in the New Forest shows that number of pairs/singing males rose from 104 in 2009 to 498 in 2016. Based on this, further survey work elsewhere in Hampshire, data from the Rare Breeding Birds Panel archive and current knowledge of the species in other key counties, we suggest that the current British population is probably in excess of 4,000 pairs/singing males. The apparent increase in overwintering is discussed as a potential factor contributing to the rapid growth in breeding birds. Guidance for Firecrest surveyors is provided. 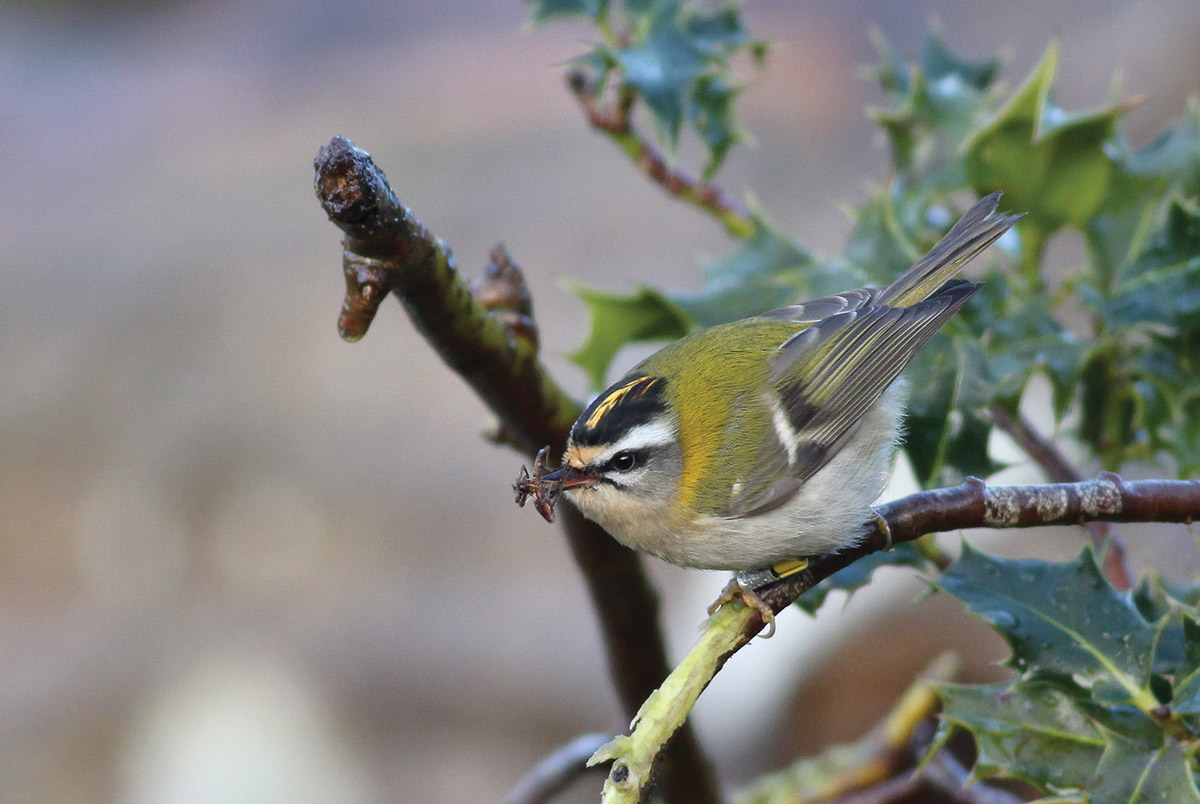 Colour-ringed Firecrest, Bolderwood, New Forest, Hampshire, January 2017. Colour-ringing has revealed a wealth of new information on wintering behaviour. One individual, colour-ringed in January 2015, has remained faithful to a small area of Holly Ilex aquifolium, being seen here throughout the year, never more than 50 m from the ringing site. Marcus Ward