Abstract Minsmere, which celebrated its 70th anniversary as an RSPB reserve in 2017, has been an inspiration to naturalists and birdwatchers through its variety of habitats and species, its role in saving some of the UK’s most iconic breeding birds and the sense of space, peace, connection with nature that it provides. The essence of Minsmere was perhaps best captured by Simon Barnes: ‘Minsmere has a quality of vividness. It is a place that opens your eyes and ears, your heart and mind to birds: and to everything else that lives as well. There is a quality about Minsmere that inspires delight in life, all kinds of life: wildlife of every sort and, as an added bonus, your own life as well. The place is almost outrageously life-enhancing.’ (Flying in the Face of Nature, 1992) 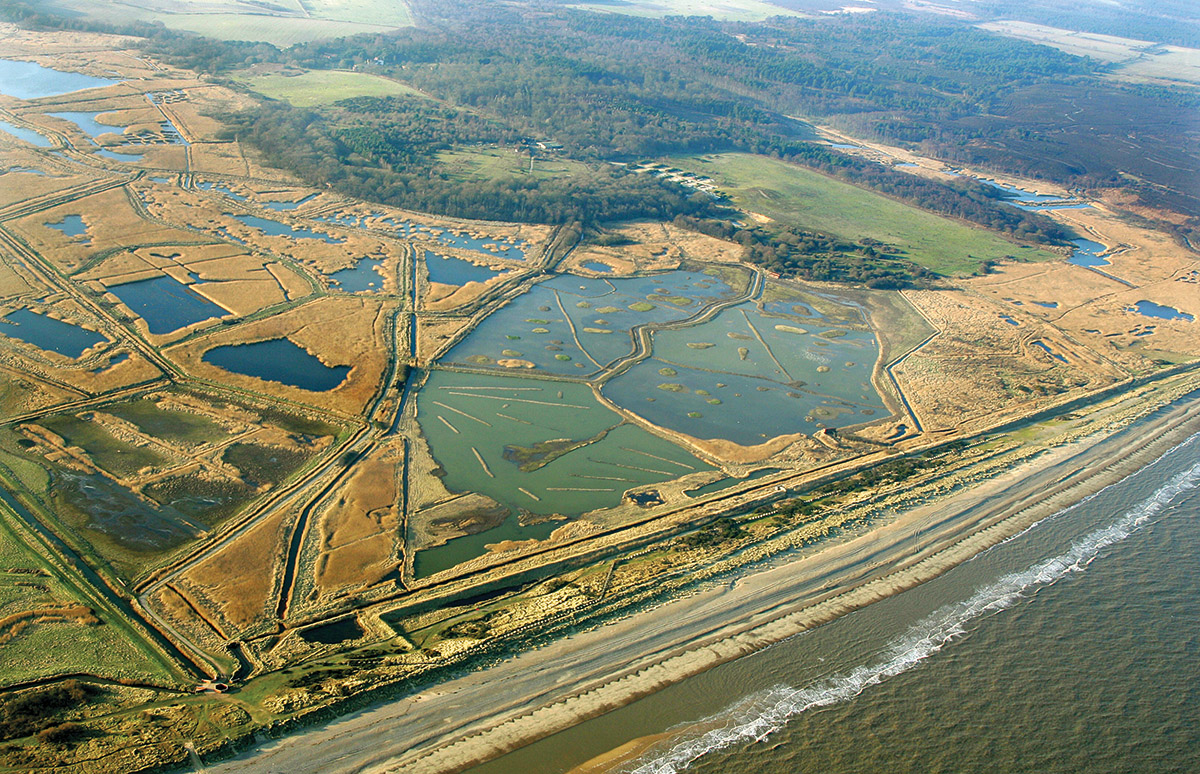 A bird’s-eye view of the Minsmere Scrape in February 2005, showing the extensive areas of open water that were created in the adjacent reedbed to enable the recovery of the Eurasian Bittern Botaurus stellaris population. The extensive areas of heathland, woodland and acid grassland are also visible in this image and along the dunes on the shoreline you can make out the line of concrete anti-tank blocks that were installed in May 1940 at the same time as the marsh was flooded as part of wartime defence measures. Mike Page