Abstract Results from a 47-year study of Tengmalm’s Owls Aegolius funereus in western Finland show that abundance of their main prey (Microtus and Myodes voles), and the three-year, high-amplitude fluctuations in vole populations, is fundamentally important in regulating the owl populations. A strong positive relationship emerged between breeding densities of owls and density estimates of voles. Mean laying date was delayed by a month in poor vole years while clutch size was 2–3 eggs smaller and numbers of fledglings 2–3 lower than in good vole years. Experimental food supplements substantially advanced laying date, increased clutch size, decreased nestling mortality and improved body condition of female parents and fledglings. Males were often polygynous in good vole years, and polyandry among females was mostly recorded in the increase phase of the vole cycle. Natal and breeding dispersal of females was higher when prey was scarce; long-distance autumn movements of first-years and adult females were other responses to lack of food in the breeding areas. Overwinter survival of males increased with vole abundance in the preceding autumn. The proportion of nests that produced recruits in the increase phase of the vole cycle was much higher than in other phases, reflecting better survival of owlets hatched in improving rather than in deteriorating or poor food conditions. These findings confirm that most variables of population growth rate contributing to demography of Tengmalm’s Owls, including fecundity and survival as well as emigration and immigration rates, were largely governed by cyclic fluctuations in prey abundance. 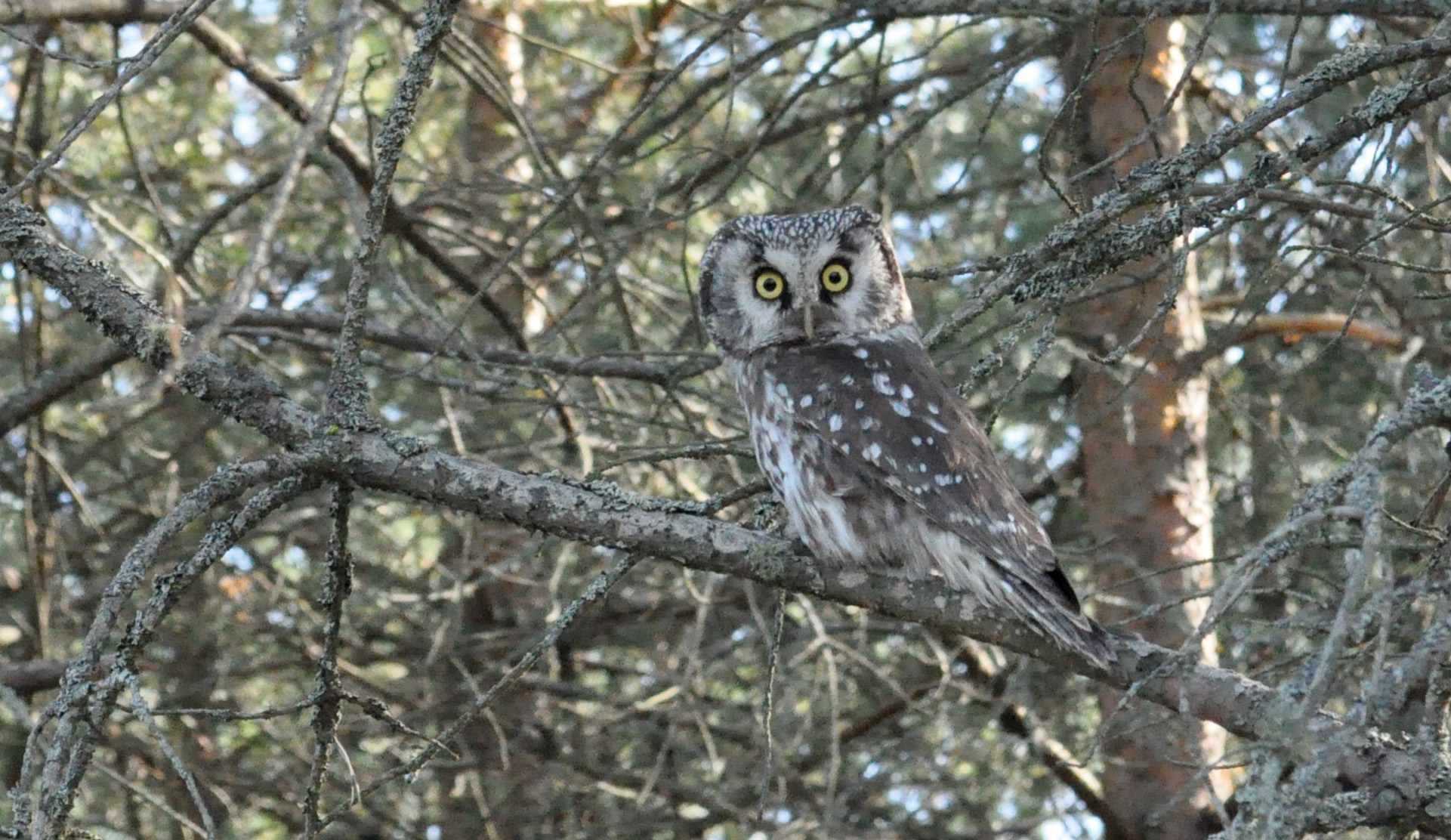