Abstract Hedgerows add interest and diversity to the British countryside, and their importance to birds and other wildlife is well established. In some landscapes, hedges offer the only places where some plant and animal species can persist. In the breeding season, birds have been typically found at densities of 5–14 pairs per kilometre of hedge length, and occasionally in much larger numbers. Overall, bird densities tend to increase with the cross-sectional area of the hedge (more birds in taller, wider hedges), with the number of tall trees in the hedge, and with the presence of other boundary features, such as wide grassy verges or ditches. Compared with newly laid hedges, old overgrown ones may hold up to three times as many bird species and five times as many individuals. Well-managed hedgerows, located so as to link woodland fragments, do much to maintain the matrix of habitat that characterises wildlife-rich countryside in lowland Britain. Across Britain as a whole, more than half of all the hedges present in the late 1940s have been removed, with a potential loss of up to five million pairs of breeding birds. However, the impact of that hedgerow loss on bird populations varies between species, between years, and also between different landscapes. While some species are hedgerow specialists, others nest preferentially in woodland and occupy hedgerows as ‘overspill’ habitat. For some hedgerow species, particularly seed-eaters, the population declines of recent decades are more closely linked to food availability than to fewer hedgerow nesting sites. 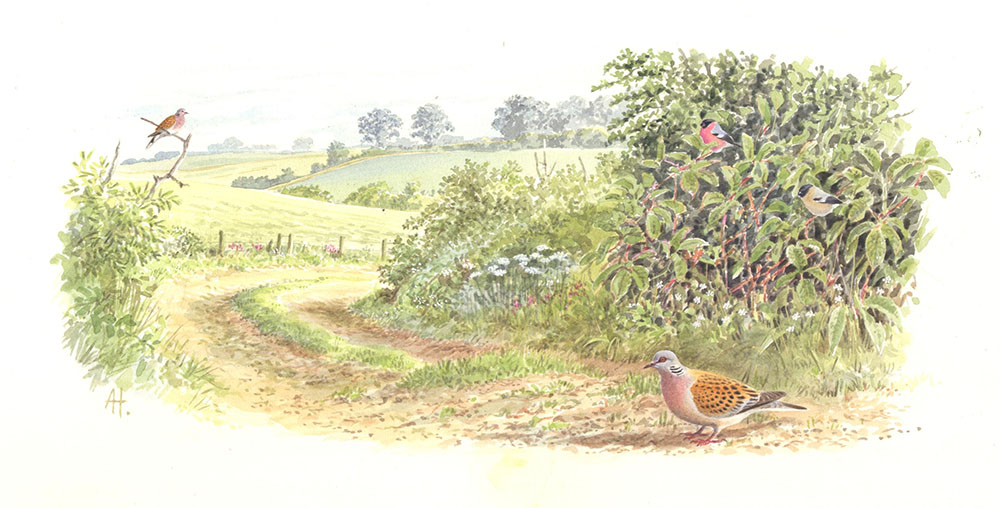