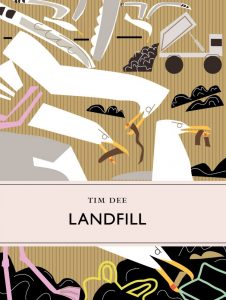 This small, compact book of 23 mainly rather short chapters is, for the most part, an engaging and interesting read. There are parts of it, though, which I find a little difficult to follow: this may be just some intellectual failing on my part, of course, but I’m afraid I found them a trifle bewildering.

The story told here is an intriguing one – how the numbers of some gull species have increased and their distribution changed markedly, profiting from new feeding opportunities provided by humankind, especially via our throwaway habits and what the gulls came to see as the huge landfill cafeterias we suddenly provided. With this there emerged the phenomenon of urban nesting and, in some places at least, perceived trouble with aggressive seaside bird thugs… Conversely, or perhaps perversely, there also arose worryingly large declines in some ‘traditional’ gull populations. Change, though, lies on the horizon as it seems that the age of food-rich landfills is fast coming to an end. What will these adaptable and generally highly successful birds do next?

While all this was going on, and at least partly because of it, there came a great upsurge of interest in gulls among birders. Previously unknown patterns of occurrence and distribution of some taxa were discovered, with many of us left behind and wallowing hopelessly as gull identification almost became a new discipline altogether; discussions and arguments about taxonomy rumbled on – and will no doubt continue to do so.

Tim Dee, with his easy, conversational style of writing, deals with all of this very well as he explores the subject in great detail. In many ways, the best parts of his book are his stories of field trips and long conversations with people who, in one way or another, are mostly involved with and very knowledgeable about gulls – the ‘gullers’ of the book. We meet Peter Rock in the Bristol area, Paul Roper at Pitsea in Essex, James Hanlon and Mark Ward in Cambridgeshire, and Chris Gibbins in Aberdeen. There are underlying words of wisdom from Nigel Collar, and an important contribution from Viola Ross-Smith at the BTO who balances the story nicely through her interest in ecology and behaviour rather than just identification and taxonomy.

My difficulty is with the interwoven parts of the book where Tim looks at what he describes as ‘exploring what these facts of gull-life and gulling-life have done to our minds’. While I enjoyed his debunking of that awful book Jonathan Livingston Seagull, his bemusement at the more extreme media stories about gigantic gulls terrorising people and his scorn at a typical Robin Page newspaper rant against predators, I was not always sure where we were going with some of the excursions into literature and drama where gulls are involved. I think I understand at least some of the philosophical connections he seeks to make between landfill and rubbish, life and waste, and gulls and gulling; but I’m not sure, which seems a great shame when I really enjoyed the ‘other’ part of the book. I will certainly read these sections again, perhaps more than once, but, I fear, more in hope than expectation.