Abstract Little Terns Sternula albifrons have long bred at Blakeney Point, in Norfolk. As well as shingle and sand nesting habitat the site offers easy access to both the open sea and sheltered harbour waters for foraging. Over 100 years of data show that numbers peaked between the mid 1950s and late 1970s, with more than 200 pairs in five years between 1969 and 1975, compared with a mean of around 70 pairs in the five years to 2019. Analyses have revealed a historical link with the summer North Atlantic Oscillation, although the casual mechanism remains unclear. While this could be linked to fish prey, recent surveys suggest that food availability is currently good. Poor productivity in the past is chiefly related to predation of eggs and chicks, and management measures (electric fences to protect against ground predators and human disturbance, and diversionary feeding to limit the impact of aerial predators) are now in place at Blakeney Point. We recommend that future management plans are evidence-based and informed by robust monitoring. 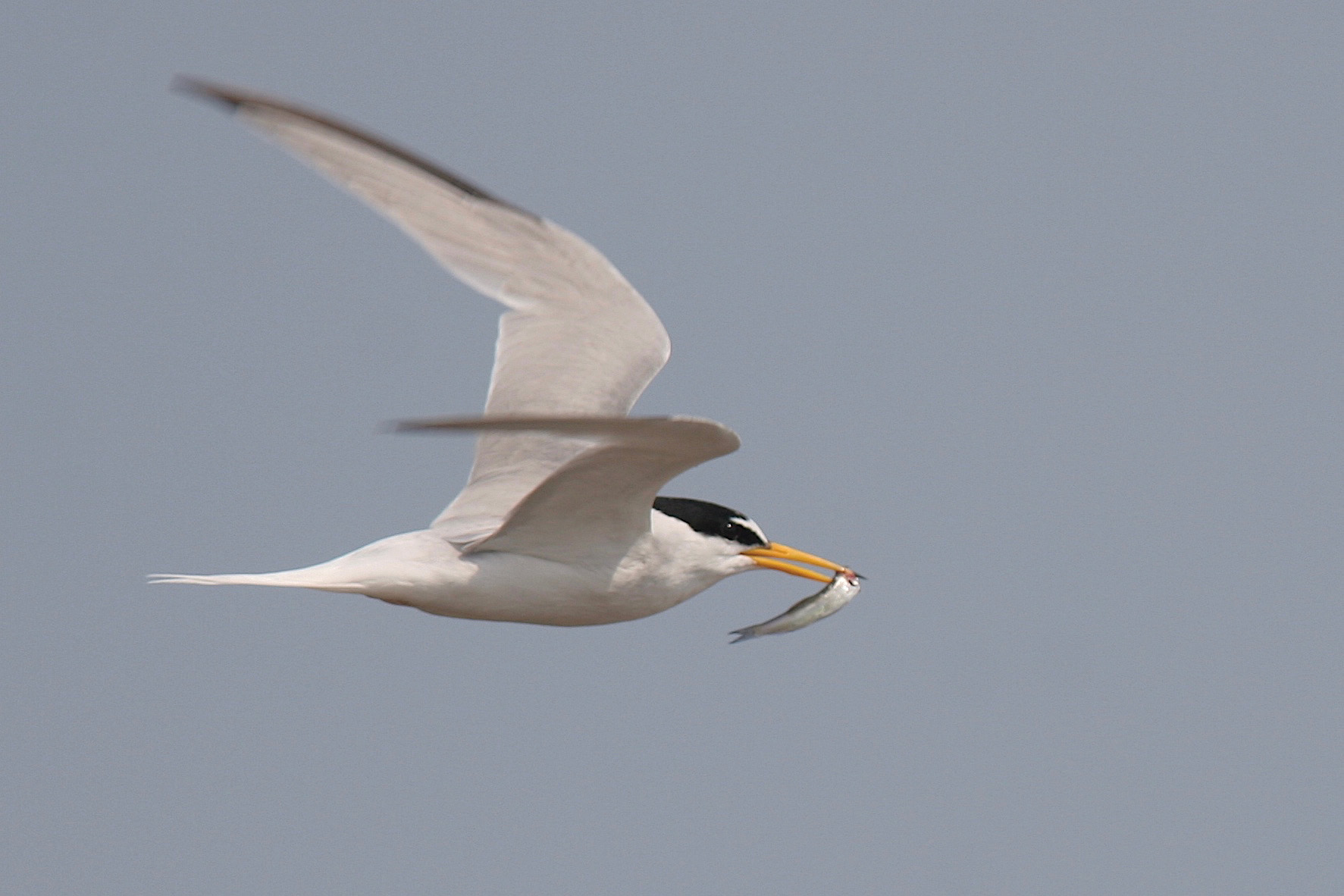 Little Tern carrying a clupeid (probably a young-of-the-year Atlantic Herring) back to a nest at Blakeney Point. Clupeids are overwhelmingly the most important component of chick provisions at colonies in east Norfolk, and most likely at Blakeney Point too. Martin Perrow