Abstract The migrations of Woodcocks Scolopax rusticola visiting Britain & Ireland in winter are described using ringing data and information from satellite tracking. The winter movements of British Woodcocks are summarised from recoveries of individuals ringed as chicks. About a quarter of British Woodcocks leave their natal area in winter, most of them hatched in Scotland and northern England, and move to Ireland. Migrant Woodcocks typically start to arrive in Britain during the second week of October, but satellite tags indicated a mean departure date of 10th October from the breeding grounds, with peak arrival during November. Northwest Russia constitutes the main breeding area for migrant Woodcocks wintering in Britain & Ireland, followed by Scandinavia and Finland. The mean spring migration distance of satellite-tracked Woodcocks was 2,851 km, but 6% of individuals undertook migrations to central Siberia, averaging 6,274 km. Peak spring departure was usually during the third week of March; the mean duration of spring migration was 23 days, with Woodcocks averaging five stops before reaching the breeding site. Tracked individuals were highly faithful to the same breeding and wintering sites. 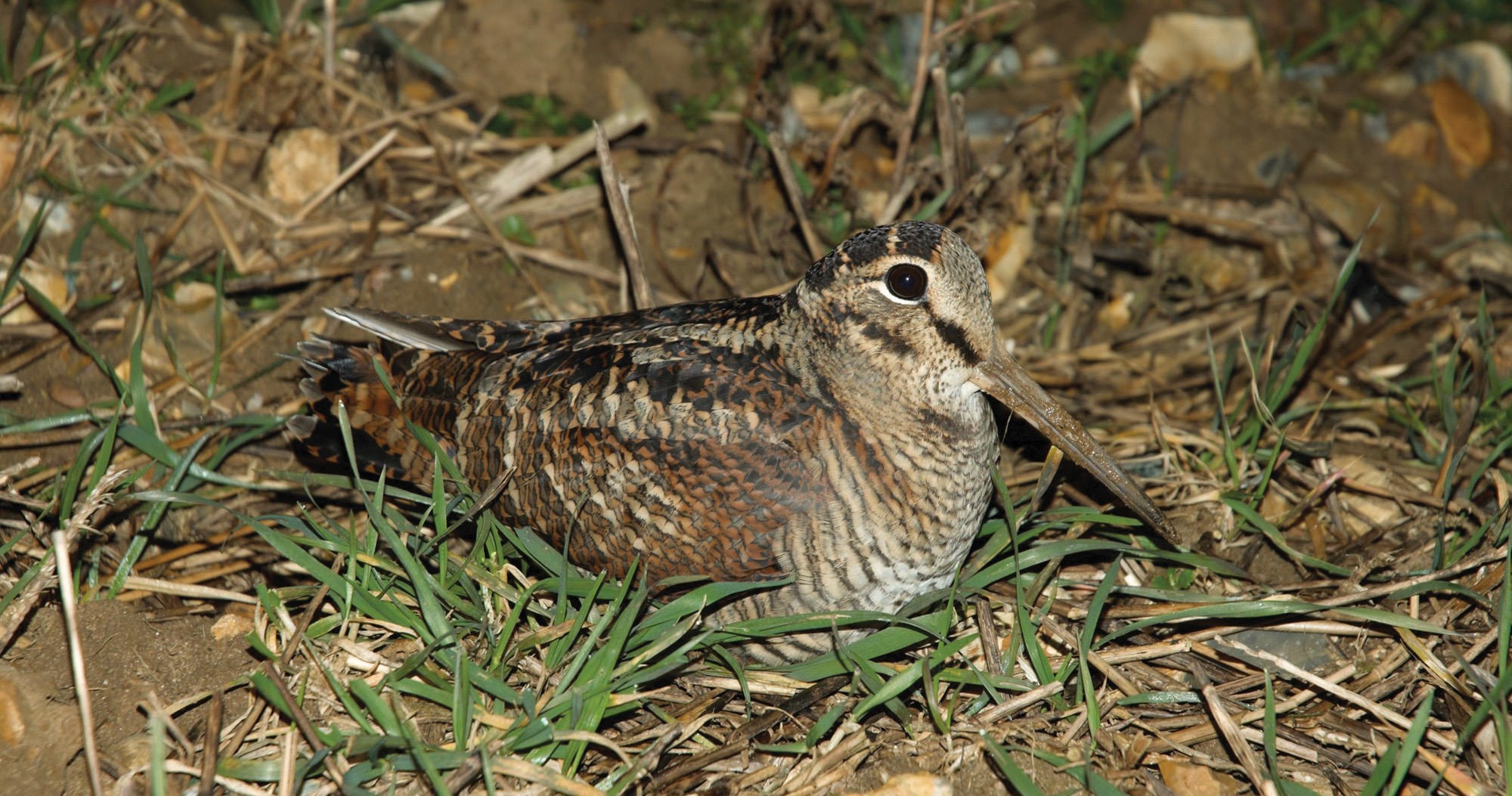 A Woodcock on an uncultivated plot at night, Fakenham, Norfolk, February 2012. Andrew Hoodless