Abstract The field separation of the Spanish Imperial Eagle Aquila adalberti from the formerly conspecific Eastern Imperial Eagle A. heliaca is reviewed. The recent population increase and range expansion of the Spanish Imperial Eagle has enabled a much-improved understanding of its plumages and moult. Both species may potentially be encountered as vagrants in western Europe, and the fact that there have been recent controversial individuals which have divided opinion adds to the interest of this topic for Western Palearctic birders. 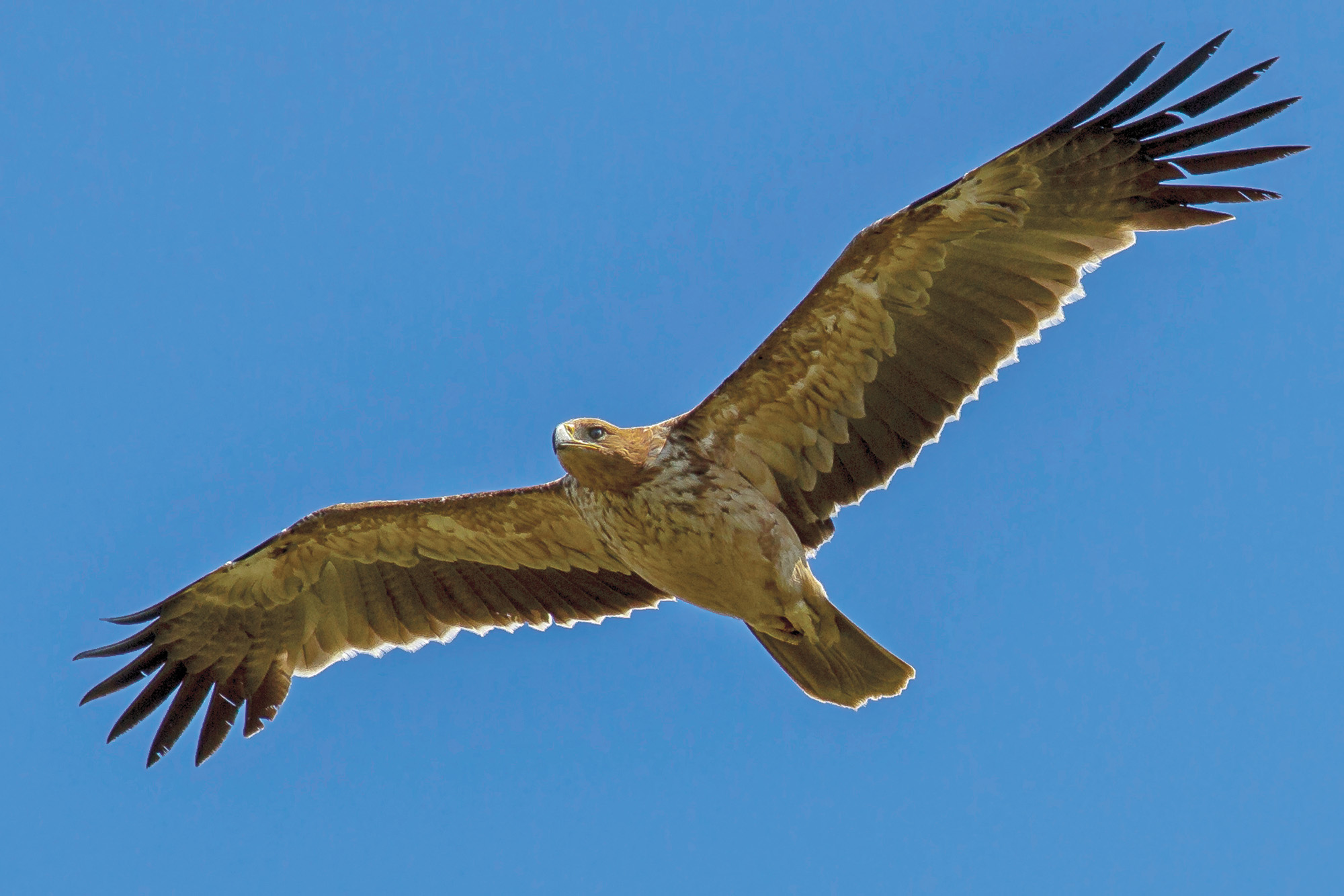 Spanish Imperial Eagle, 2CY, Cadiz, Spain, April 2013. Moult of the body feathers starts with the head and back, and in early spring many birds appear ‘hooded’. This bird has already replaced P1–P2 and shed P3. Javier Elorriaga/Birding the Strait