Abstract This paper provides updated estimates of population size for wintering waterbirds in Great Britain using recent data and new analytical approaches for some species that use smaller inland waterbodies or the non-estuarine coast. These population estimates provide crucial baseline information that underpins the implementation of international conservation obligations, including the identification of wetlands of national importance. Overwinter population estimates are presented for 98 species or populations, including seven non-native populations and, for the first time, estimates for Cattle Egret Bubulcus ibis, Glossy Ibis Plegadis falcinellus and Sandwich Tern Thalasseus sandvicensis. In addition, January-only population estimates are presented for the first time for 48 species or populations in order to support international population monitoring. There is an urgent need for a process to collate marine waterbird survey data, which currently is being collected commercially but remains unavailable for national syntheses.

You can also buy a single digital issue here 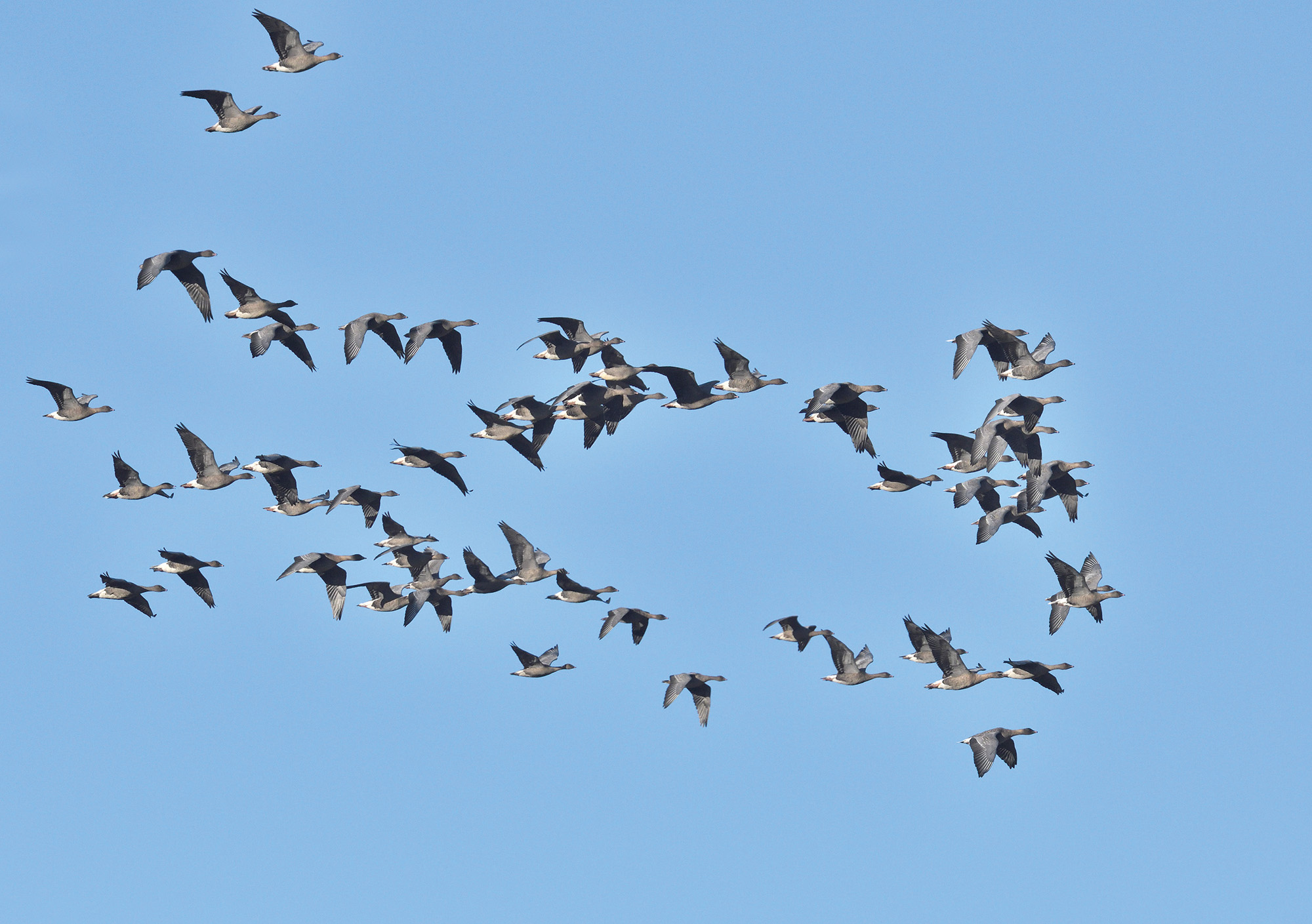 Pink-footed Geese, Norfolk, October 2018. Pink-footed Goose is the most numerous goose in Great Britain, wintering mainly in eastern and southern Scotland, northern England and East Anglia. The population continues to rise steadily and has now surpassed half a million birds, with an average over 2015/16 and 2016/17 of 510,000. Richard Chandler