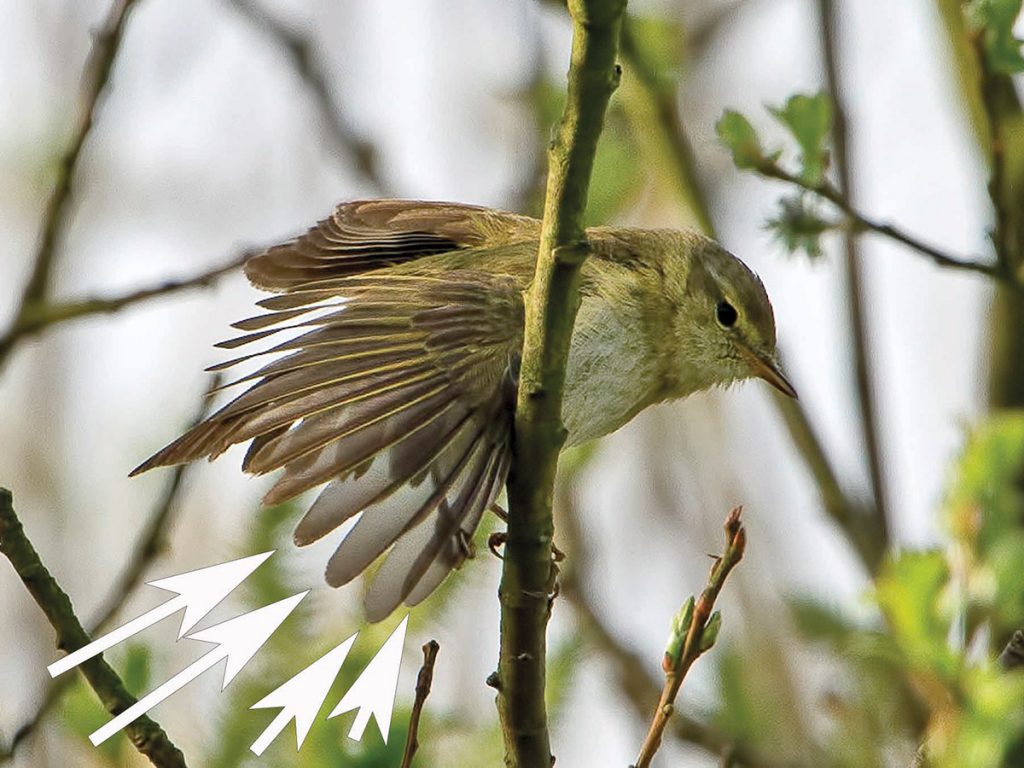 Iberian Chiffchaff, Titchwell, Norfolk, April 2011. This vocal male was initially identified by its distinctive song. With good photos such as this, the extent of primary moult can be assessed, thus establishing it to be in its second calendar-year (first-summer). The winter-moulted P6–P9 (highlighted) appear distinctly darker, broader, and less worn than the comparatively browner and narrower inner primaries (P1–P5), which are retained juvenile feathers. This bird, the second at Titchwell in as many years, was initially assumed to be a returning individual, but the moult limit between the old juvenile and fresher moulted primaries show that it is in its first summer, and thus cannot be the same individual from the previous year. Andy Thompson