Abstract A conference in Oxford in 2014 focussed on the continuing use of lead ammunition in game hunting. The evidence presented and subsequent discussion examined various aspects of this issue, including the effects on both humans and wildlife, alternatives to lead, previous and future restrictions on the use of lead ammunition and the problems of awareness among both the hunting community and the wider public. This short paper summarises the debate.

You can read the entire proceedings of the Oxford Lead Symposium here, while there were other contributions to the debate recently on Mark Avery’s blog (scroll to the relevant entries in late February). There is currently a petition on the UK Parliament website on the subject of lead in ammunition: the one calling for a ban on lead (started by Rob Sheldon, formerly at RSPB) currently has over 12,000 signatures. You can sign it here. Mystifyingly, there is also one in favour of maintaining lead ammunition, driven largely by the two main hunting organisations. 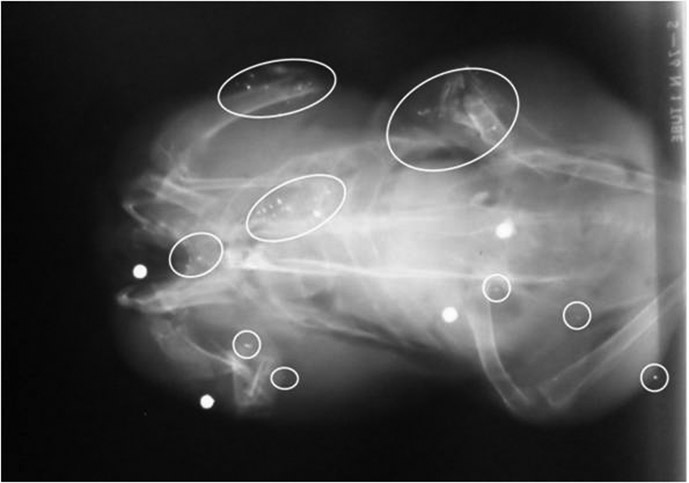 X-ray of a Wood Pigeon sold by a game dealer: note the tiny radio-dense lead particles which would go unnoticed by the consumer. Pic by Wildfowl & Wetlands Trust