Abstract An analysis of 121 wild Black Redstart Phoenicurus ochruros x Common Redstart P. phoenicurus hybrids from Europe and North Africa is presented, with an overview of distribution, phenology, habitat, biometrics, phenotypes and vocalisations. Records of hybrid redstarts have increased markedly over the past 30 years. Such birds show an intermediate phenology but in terms of habitat choice are more similar to Black Redstarts. No wild female hybrids were found, which must be related to reduced detectability. The locally more abundant species usually plays the role of the female in mixed pairs and in pairs with male hybrids. Plumage variation within male hybrids is higher than previously documented. Primary spacing ratio and the presence of emarginations on P6 are useful identification features for hybrids, but there is substantial overlap with both parental species, and with Eastern Black Redstart, especially P. o. phoenicuroides. Song of hybrids may approach Black Redstart in structure and presence of the ‘scratchy’ part, but matches Common Redstart in pace and strophe length. 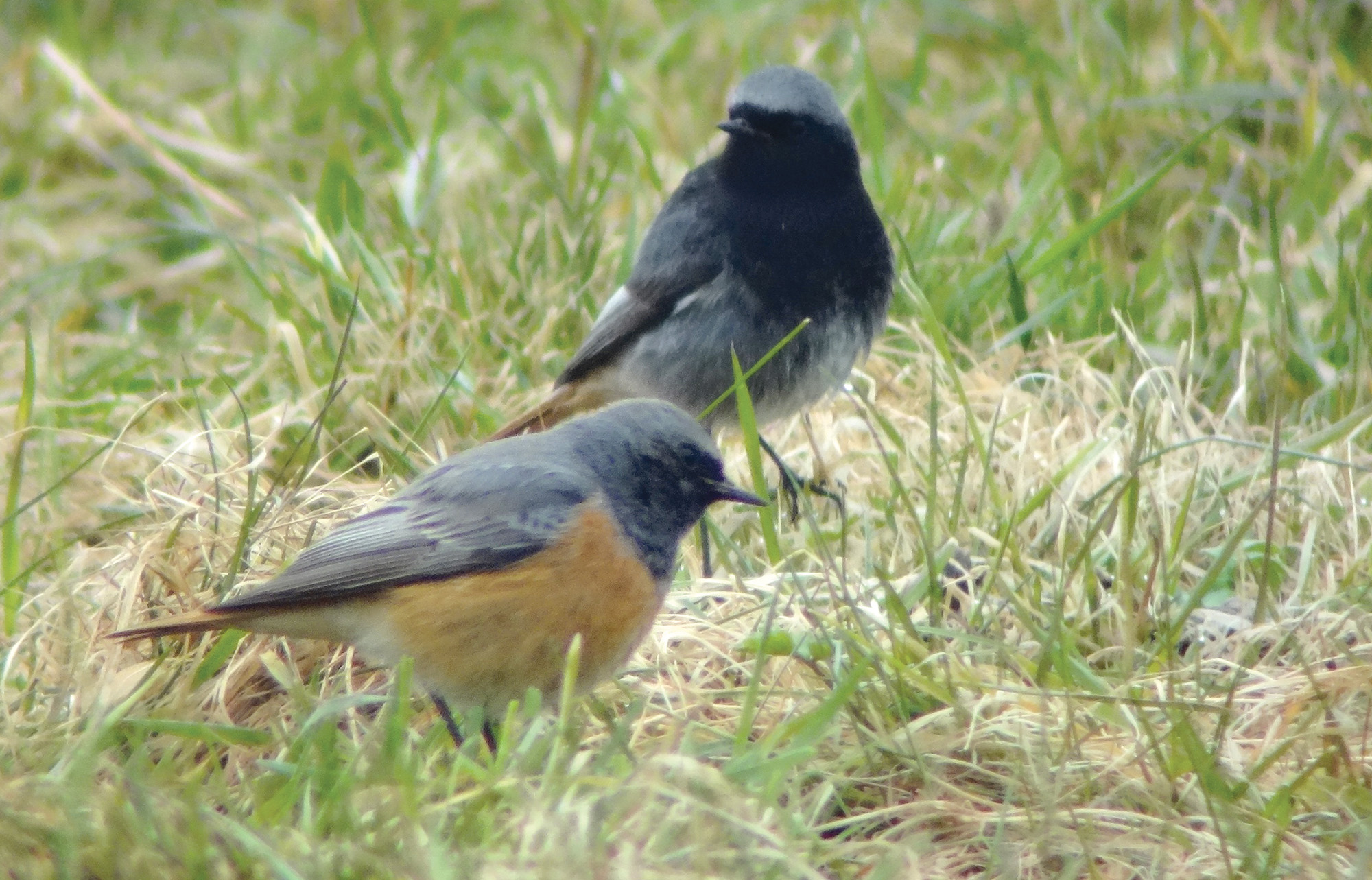 Male hybrid Black Redstart x Common Redstart (foreground) with male Black Redstart, Wyhlen, Germany, 31st March 2012. This hybrid was seen in a flock of no fewer than 153 Black Redstarts. It can be separated from Eastern Black Redstart by (for example) the white undertail-coverts, a shallow dark breast-patch and a large white belly-patch. D. Kratzer