Abstract This report presents data on scarce passerine migrants recorded in Britain during 2014. It was a record year for three of the birds discussed here: Red-breasted Flycatcher Ficedula parva, Little Bunting Emberiza pusilla and ‘Siberian Chiffchaff’ Phylloscopus collybita tristis, although there are just seven years of data for the last taxon. It was the second-best year on record for Barred Warbler Sylvia nisoria and Olive-backed Pipit Anthus hodgsoni, and the third-best for Short-toed Lark Calandrella brachydactyla. At the opposite end of the spectrum, it was one of the poorest years on record for four species: Melodious Warbler Hippolais polyglotta, Aquatic Warbler Acrocephalus paludicola, Bluethroat Luscinia svecica and Ortolan Bunting E. hortulana. Numbers of all four of these species appear to be in continuing decline, and much the same applies to Golden Oriole Oriolus oriolus and Tawny Pipit A. campestris. 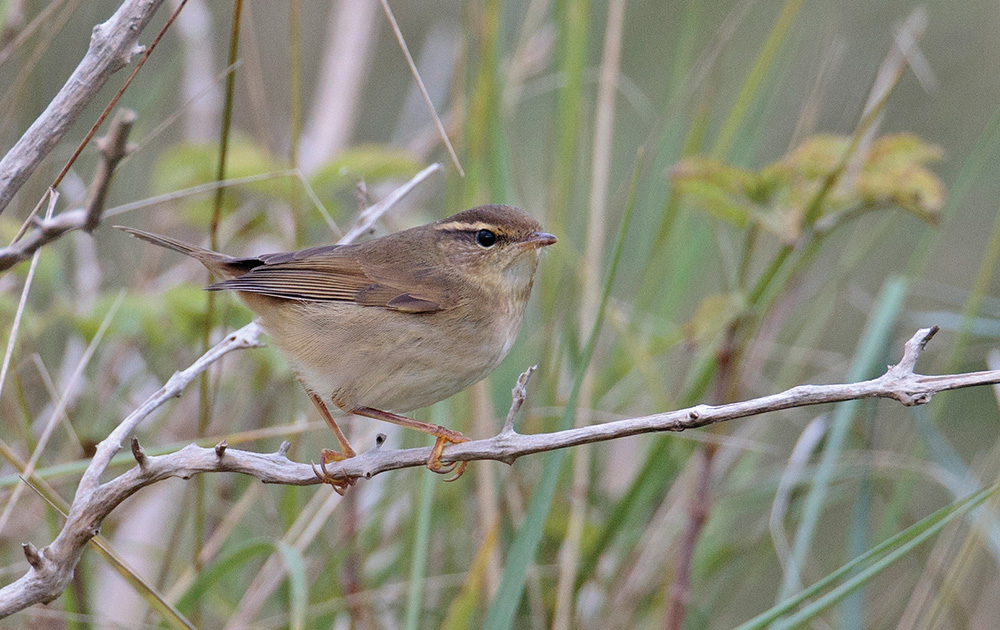