Abstract This report summarises the non-passerine scarce migrants recorded in Britain in 2015. This year sees the first appearance of Lesser Scaup Aythya affinis in this report, but with just six new arrivals in 2015 it was not an auspicious start. In contrast, and with 371 new arrivals and an increasing breeding population, the Great White Egret Ardea alba reached another new high with which to mark its final appearance in this report. It was also a record year for American Wigeon Anas americana with 32 new arrivals, Red-necked Phalarope Phalaropus lobatus with 81 and European Bee-eater Merops apiaster with 193 (these figures excluding breeding birds). Other species making a strong showing in 2015 included Night Heron Nycticorax nycticorax (29, 4th highest), Cattle Egret Bubulcus ibis (42, 6th) and Wryneck Jynx torquilla (453, 3rd), while Temminck’s Stint Calidris temminckii (116) made a welcome return to triple figures following a poor year in 2014. As well as the winners there were some losers. Kentish Plover Anarhynchus alexandrinus (8, 28th) remains one of the rarest species being reported while Spotted Crake Porzana porzana (11 records) had its worst year since monitoring began in 1986 – although this total omits several calling birds that may have been on spring passage. Ferruginous Duck Aythya nyroca (6, 25th) continues to decline and from 2017 will rejoin the BBRC ranks. After discounting escapes and released birds, a total of six White Storks Ciconia ciconia perhaps better reflects the true numbers occurring, and it was another poor year for Buff-breasted Sandpiper Calidris subruficollis (10, 39th), the worst showing since 2002. 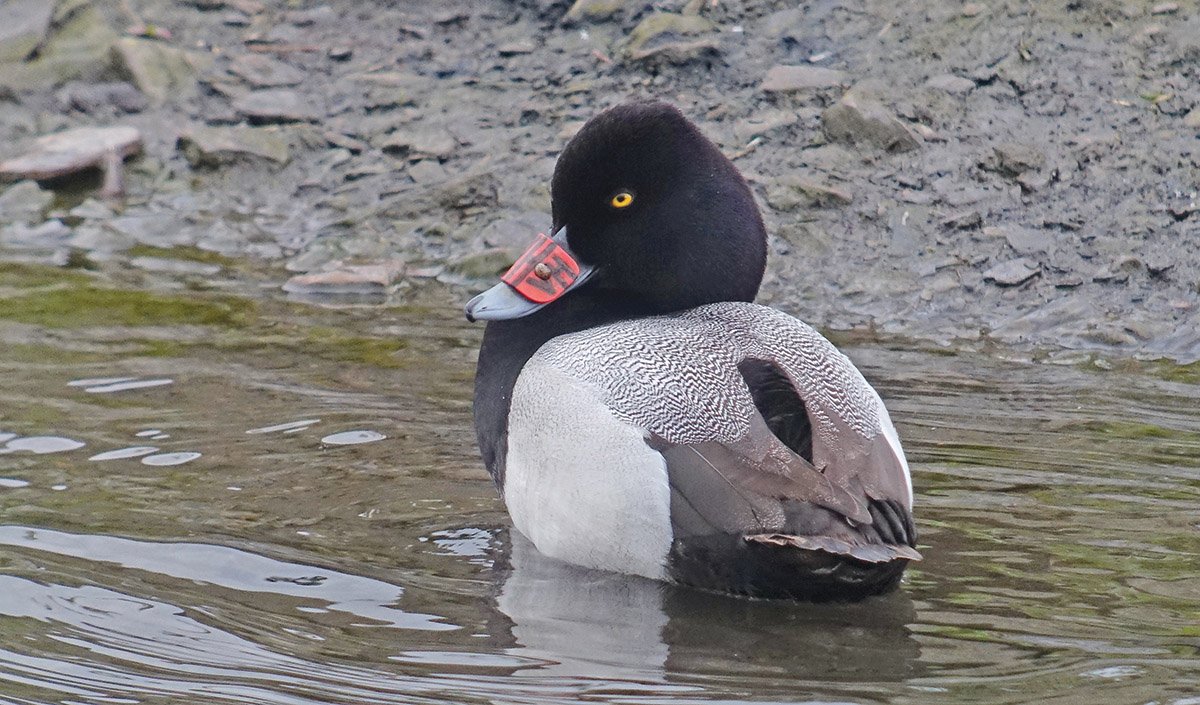 Male Lesser Scaup, Anglers Country Park, Yorkshire, May 2015. This male was first seen in Britain on Llangorse Lake (Breconshire) from October 2014 to 25th February. It had been fitted with a nasal saddle in Portugal in December 2013, when it was aged as a first-winter bird. It was seen subsequently in the Wintersett area (Yorkshire) in May 2015 and at Vane Farm (Perth & Kinross) in July 2016, before moving to Northern Ireland, where it was shot at Lough Neagh in September 2016. This interesting sequence of records neatly illustrates the difficulties in detecting repeat sightings of many wildfowl and other non-passerines in the absence of any distinguishing marks. Without its nasal saddle, this bird would surely have been regarded as four different individuals. Andy Deighton