Abstract Over the last 20 years, species priorities for bird conservation in the UK have been guided by ‘Birds of Conservation Concern’ – an in-depth assessment made possible by the top-class data available on the status of the UK’s birds. For other wildlife, priorities tend to be informed by measures of extinction risk, generated by the IUCN Regional Red List process. We carried out the first formal IUCN assessment for birds in Great Britain. Of the 241 species assessed, 100 (43%) had at least one population (breeding and/or non-breeding) that qualified as Threatened using the standard IUCN Red List criteria and categories. Of 289 separate assessments of breeding or non-breeding populations, 39% qualified as Threatened (8% Critically Endangered, 14% Endangered, 17% Vulnerable) with a further 10% classified as Near Threatened. Both Golden Oriole Oriolus oriolus and Fieldfare Turdus pilaris were assessed as being Critically Endangered (Possibly Extinct) as breeding species, in addition to seven species that are already extinct (either Extinct or Regionally Extinct). The proportion of GB birds qualifying as Threatened was high compared with birds elsewhere in Europe and other taxonomic groups in GB. We believe that this was due largely to the amount and quality of data available. If similar data were available, we suspect that levels of extinction risk would be higher for other areas/taxa than is currently appreciated. 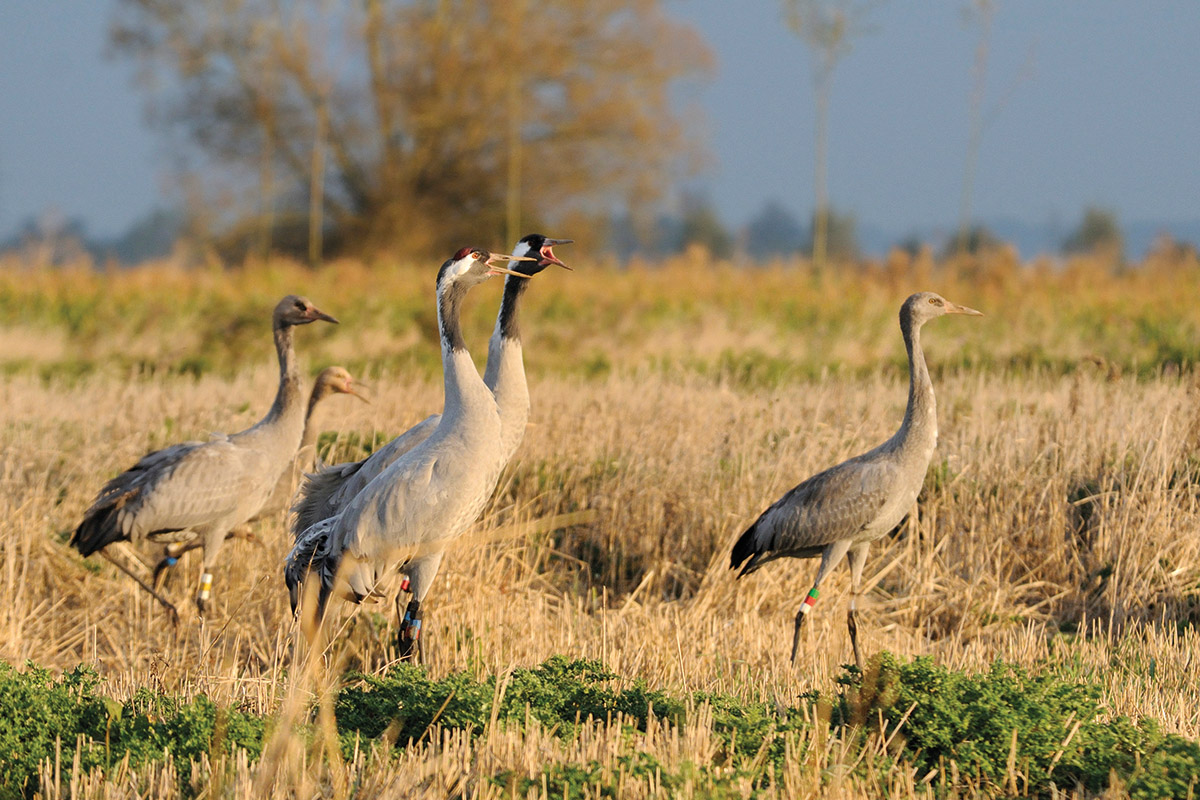 Common Crane Grus grus family, Somerset, October 2011. Breeding Common Cranes were assessed at Stage 2 as being Endangered in Britain, due to the population being less than 250 mature individuals, but the species was downlisted to Vulnerable at the regional stage because of the potential of increased immigration ‘rescuing’ our population. Nick Upton rspb-images.com